Seeking solutions for Alzheimer's and Parkinson's

Professor Laurence Bindoff is researching mechanisms that can link age and the diseases Alzheimer's and Parkinson's. This research has brought him to the final round in the competition to become a Norwegian Centre of Excellence (SFF).

HOPING TO FIND A SOLUTION: Laurence Bindoff has assembled a team of researchers into NeuroAGE - a centre dedicated to understanding and treating age related diseases such as Alzheimer's and Parkinson's.
Photo:
Solfrid T. Langeland/UiB

Laurence Bindoff has assembled a team of researchers who together constitute NeuroAGE. They seek to find a solution to Alzheimer's and Parkinson's.

“The aim of the research is to understand better the processes that causes neurodegenerative diseases such as Alzheimer's and Parkinson's,” says Laurence Bindoff, a professor at the Department of Clinical Medicine at the University of Bergen (UiB).
He is now working to obtain financing for the project NeuroAGE - Centre for research into age-related neurodegenerative diseases.

When age and disease are interrelated

NeuroAGE is looking specifically at what happens in old age, but Bindoff points out that the goal is disease related.
“Our goal is not to find a cure for old age, but since aging is the biggest risk factor for diseases such as Alzheimer's and Parkinson’s, we have to look at this in combination,” explains Bindoff.

More than 50,000 people in Norway have been diagnosed with Alzheimer's, and nearly 5,000 have Parkinson's disease (8,000 people have parkinsonism). Both diseases particularly affect patients at a more mature age, and the incidence of these diseases is increasing.
In the World Alzheimer Report, it is estimated that the number of people suffering from Alzheimer's and other dementia related diseases will double every 20 years in the future.
“We are talking about major diseases that so many of us end up with. At the age of 90 years as many as 40 per cent of patients could be diagnosed with dementia,” says Bindoff.

Bindoff is the leader of the Mitochondrial Medicine & Neurogenetics (MMN) group at UiB.

Eight other researchers from biomedicine, neurology, and community medicine will join him for the NeuroAGE project.
“It is exciting to work with both basic and clinical research. The idea of working together to find answers has developed gradually. Researchers in this group have long been working with neurology and diseases such as Parkinson’s, and we are ready to take this a step further,” says Bindoff.

In his research on mitochondria, Bindoff and his team recently had a breakthrough that connects these even more closely with neurodegenerative diseases. This research has resulted in the discovery of a protein that is important to prevent the formation of plaque (amyloid deposits) in the brain, leading to Alzheimer's.

There are currently no cures for Alzheimer's and Parkinson’s, but Bindoff points out that among NeuroAGE’s aims are earlier diagnosis and development of new drugs to treat these conditions.

“At the time patients present with the symptoms of Parkinson’s disease, 70 per cent of the nerve cells have already died. Our goal is to identify and treat patients at an early stage,” says Bindoff.

In addition quality of life for patients will also be a focus of the NeuroAGE team.

“Considering how many people have or who are going to get these diseases, there is also a great socio-economic benefit of early diagnosis and treatment,” says Bindoff.

Laurence Bindoff is turning 65 years later this year, but has no plans of slowing down.
“I feel I have still so much to give. To be able to develop a centre such as this is incredibly rewarding and exciting. I see no reason to slow down.” 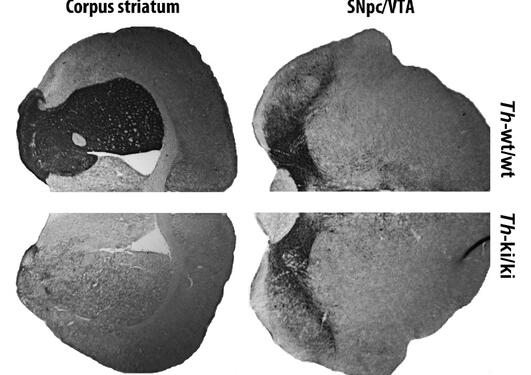 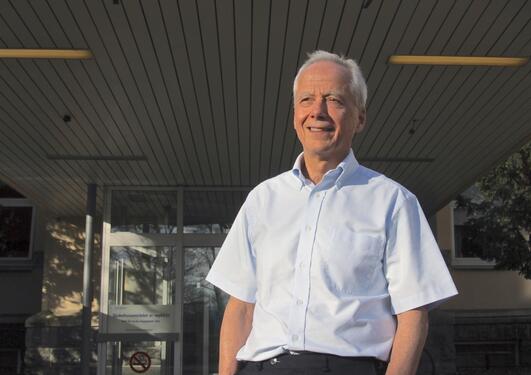