Researchers in Bergen have discovered mutations that may lead to new treatment against endometrial cancer within the uterus. The results are published in Nature Genetics.

Malignant cancers that spread are the most aggressive and deadly ones, no matter what type of cancer. What causes spreading is, however, more or less unknown. A team of researchers from Bergen and Boston have collaborated to examine how cancer spreads in patients with endometrial cancer.

“The results gives us more understanding on how this process take place, which may lead to better future treatment,” says researcher Erling A. Høivik at the Department of Clinical Science, University of Bergen (UiB) and Haukeland University Hospital.

The study is published in the renowned science magazine Nature Genetics.

During fertile age, the uterus is central for the woman’s reproduction. Later in life, cancer in the endometrium of the uterus is the most common type of gynaecological cancer. Although the majority of patients will have a good prognosis, the cancer will develop and start spreading in some of the patients.

“There are few effective forms of treatment for this patient group, and the diagnosis is poorer for these patients,” Høivik emphasizes.

In the study, the researchers examined the cancer’s development, from early stage to uterus cancer that is spreading. Samples from a cohort of 52 patients were analysed to characterize  DNA-mutations that might be drivers of the disease.

Results from the analysis point to a few genes which occur in the initial stage of the cancer’s development. Even so, the variation in mutation profiles between the original tumour and a tumour that spreads is large, and this represents a challenge when it comes to treatment.

By using the latest methods of analysis, the researchers detected a new range of mutations that may play a role in the development of endometrial cancer.

“Despite these discoveries, we could not point to a single mutation and conclude that this one is the direct cause that initiated the process of tumour spread,” Erling A. Høivik says.

The recently deceased Professor Helga Salvesen initiated this study. She established a network of partners at the Broad Institute in Boston, through several visits. Memorial symposiums will be held in her honour in Bergen on 14 September and in Boston 24  October. 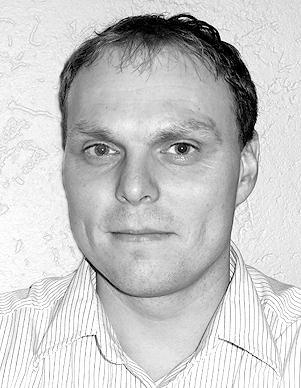