Patients with melanoma brain metastasis (MBM) have a poor prognosis and current therapies are minimally effective, often causing severe side effects. Targeted therapies are emerging as a promising, alternative treatment strategy. Up to 50% of melanomas have an activation mutation in BRAF, which is part of the MAPK signaling pathway. Therapies targeting BRAF have been developed the latest years, such as vemurafenib.

More than 98% of all drugs, including vemurafenib, do not enter in the brain, due to the blood-brain barrier (BBB). Our group has showed that permeabilization of the BBB using a synthetic peptide (K16ApoE) reduces the brain metastatic burden in mice and increase animal survival. Thus, the aim of this project is to study whether K16ApoE-modulated delivery of other targeted therapies will inhibit MBM development in vitro and in vivo.

Due to the poor prognosis and lack of treatment of MBM, different therapeutic modalities need to be developed. In this project we will test already existing and approved antipsychotics and antidepressants on MBM. We already have promising data on glioblastoma cell lines and MBM cells in vitro, which will be followed up in this study. 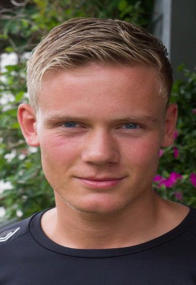