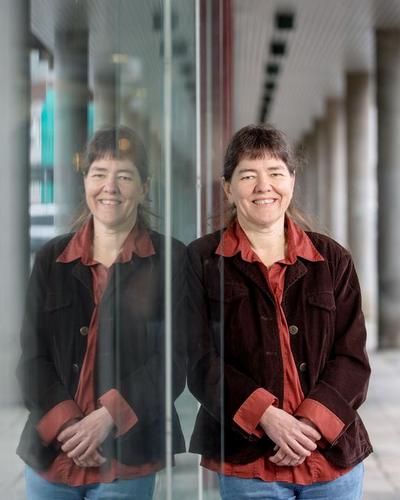 Key Research Interests:
Cognition, language, and culture (and their co-evolution)

Having started out as a cultural anthropologist, I turned to psychology and the cognitive sciences more generally for studying the relationship between cognition, language, and culture, including their (co-)evolution. My main research interests range from conceptual systems to basic cognitive processes, and focus especially on representations of number, spatial and temporal references, causal cognition, and the possible influence of linguistic categories on thought.

For a few of the most surprising findings afforded by this multidisciplinary approach see: on the evolution of numerical cognition, on finger counting, or on a partly binary counting system; for on-going research as part of an ERC Synergy Grant see details on the QUANTA project.

Other projects related to the evolution of our cognitive abilities are hosted at the SFF Centre for Early Sapiens Behaviour (SapienCE), an NFR-funded Centre of Excellence located at the University of Bergen, in which I am in charge of the section devoted to The Symbolic Mind, Cognition, and Social Organisation.

The bulk of my previous work was done in collaboration with the late Sieghard Beller. Short descriptions of my main topics as well as references to three key publications each are to be found below.

Counting is central to human cognition and cultural diversification as it is one of the key activities that fostered abstraction and symbolic thinking at the dawn of humanity. It depends on cultural tools such as numeral systems, the properties of which affect how numbers are represented and processed. Numeral systems are thus a prime example of the close dovetailing of culture, language, and cognition, and a paradigmatic case of both distributed and embodied cognition. In our research, we investigate how these systems evolved, developed, and diversified, and which cognitive implications arise from their specific properties. This research is funded by an ERC Synergy Grant for the project QUANTA.

Space is fundamental for cognitive activities such as perception, orientation, referencing, and reasoning. Talking about spatial relations requires perspective-taking: the adoption of a frame of reference (FoR). Which FoRs speakers prefer depends on characteristics of the context and varies across languages and cultures. We also investigate the importance of one’s perspective to the object (e.g. aligned or rotated, in one's front or one's back), and to what extent spatial FoRs also guide temporal referencing. Funding for this work has been provided by the DFG and the University of Bergen.

Causal cognition refers to how people perceive, represent, and reason about causal relationships, that is, the connection between a causing event and its effects. Grasping such relationships is essential to people’s daily lives and hence a core concern of human cognition. But does cognitive engagement with causality constitute a universal and uniform phenomenon, or does people’s cultural background affect whether and how they engage in causal cognition? And is the way they assign causality affected by the way events are described in language? Questions like these lay at the heart of both our ZiF research group and a research project funded by the DFG. More recently, this research interest came to include questions on (co-)evolution, now addressed in a project at the NFR-funded SFF Centre for Early Sapiens Behaviour (SapienCE).

In languages with a formal gender system, all nouns are assigned to one of several classes that determine the declension of associated words. For instance, the moon is masculine in German (der Mond), whereas the sun is feminine (die Sonne). Does this entail that the sun is conceived as more female than the moon by German speakers? The question of whether grammatical categorisations like these affect how speakers conceptualise the denoted semantic properties has been controversially debated for decades. In our research, we combine explicit with implicit measures to investigate whether such a gender congruency effect can be observed and to identify the mechanisms responsible for them.

Anthropology and the cognitive sciences

Reception in the media (selection)

Contribution to the following courses (previous and on-going)

Textbooks on cognition, language, and culture

Several contributions to textbooks in psychology and anthropology

The Evolution of Cognitive Tools for Quantification (QUANTA)

Things come in specific quantities, and numbers are everywhere: when we trade, participate in a competition, or try to get a pandemic under control. The symbolic systems that capture such quantities are our cognitive tools for quantification, and we employ them to understand and transform the world. But when, why, and how did humans develop these tools? And why do they differ so massively across cultures? Finding answers to these questions is the prime goal of QUANTA. To achieve this, we will combine approaches and methods from anthropology, archaeology, cognitive science, evolutionary biology, linguistics, and psychology. If successful, our project will transform our understanding of how a fundamental (and uniquely) human characteristic emerged and diversified: our ability to quantify.

NFR Centre of Excellence for

Current archaeological evidence, although limited, highlights 100-50 ka as being a watershed for human cognitive, technological, and social development in Africa. With a focus on the southern Cape region, an exceptionally rich excavation site, our CoE investigates where, when and why early humans started to think and behave like we do today.

Bergen Laboratory for the Study of Decision, Intuition, Consciousness, and Emotion