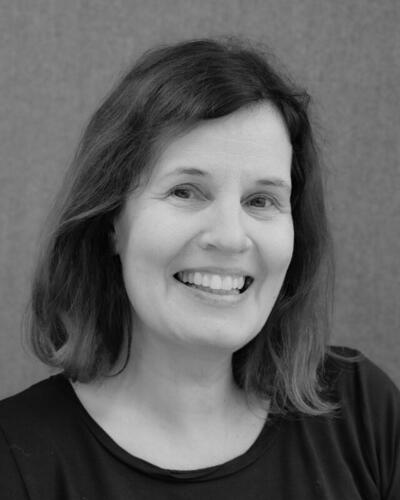 Astrid Gynnild is a Professor of Media Studies and Head of the Journalism Research Group at the University of Bergen, Norway. Her current research fields are journalism innovation and new technologies. From 2015-2021 she is the Principal Investigator of ViSmedia – the Adoption of Visual Surveillance Technologies in the News Media, funded by the Norwegian Research Council through the program SAMANSVAR.  In this transdisciplinary, international RRI project the researchers investigate the journalistic and social implications of new technologies with a potential for surveillance, such as camera drones, mobile phones, 360 cameras, and satellite videos.

Gynnild got her PhD in 2006, having developed a grounded theory on creativity in journalism work processes, Creative Cycling of News Professionals. Her opponent was the co-founder of the method, dr. Barney G. Glaser. She later specialized as a GT method supervisor through the active participation in more than 15 Grounded Theory Troubleshooting Seminars with dr. Glaser in the USA and in Europa. She is a Fellow of the Grounded Theory Institute and was the editor of the Grounded Theory Review 2012-2019.

In 2011-2012 Gynnild was a Visiting Research Scholar at the Department of Sociology, University of California in Berkeley, USA. She has previously been permanently employed at several higher institutions as well as at the Media House Adresseavisen in Trondheim, Norway, in which she gained a broad experience with news work both as a reporter and as an editor and a newsroom developer.

In the ViSmedia project (2015-2021) we have experimented with increasingly visual dissemination of research on our website www.vismedia.org. On this web page you will find a number of news stories on the many activities throughout the project. Here you will find videos from our conferences on Drones, Mobile Spotting, Watching, and Visual Transparency as well as the Snap Society conference. You will also find an overview of the publications in the project, and the results from numerous student experiments with new technologies that have been carried out in the projcet.  In sum, the  www.vismedia.org database provides a broad glimpse into the evolving adoption and adaption of visual surveillance technologies in the news media.

The overall aim is to communicate research in exciting and relevant ways, and to publish most of my works open access.

In the last ten years I have been an invited speaker at conferences and events in Finland, Denmark, Italy, Sweden, Ireland, and in the United States.

Teaching means to facilitate for learning. My approach to teaching and learning thus include a range of activities, such as developing a new course design, explore digital learning resources, and create active student learning challenges. And not the least: I spend much time on supervision, in all its forms; supervision is an extra exciting aspect of teaching and learning in our new remote surroundings.

I teach courses at bachelor´, master´, and PhD levels, and supervise students at all three levels as well.

I 2019 I was awarded  status as  merittert underviser, Excellent Teaching Practitioner,  by the Faculty of Social Sciences at the University of Bergen.

From 2015-2021 I am the Principal Investigator of a research project funded by the Norwegian Research Council, Programme on Responsible Innovation and Corporate Social Responsibility. The project ViSmedia – the adoption and adaption of visual surveillance technologies in the news media (www.vismedia.org) provided 24 mill Nkr and has 16 members including 1 PhD, 1 postdoc, and 4 adjunct professors 20% from USA and Finland.

From 2019 I am also the leader of the Journalism Research Group at the Department of Information Science and Media Studies at UiB.

From 2014-2019 I was Head of the Journalism Education at the University of Bergen as well, leading the development of the new Bachelor Program in Journalism as well as the new Program for Investigate Journalism, while simultaneously moving to the first media cluster in Scandinavia, Media City Bergen.

Finally, I was Head of the Photo and Graphics Department in the newspaper Adresseavisen (1996-1999) and Head of a comprehensive re-design project in the same place (1999).