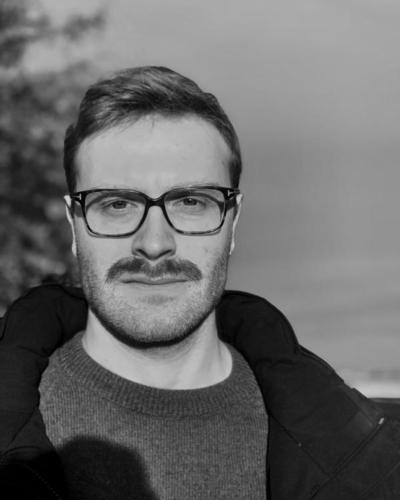 In August 2021, I received a grant from the Research Council of Norway for a three-year project called Emic Sovereignties and Global Intersections. The project sets out to examine how sovereignty can be reconceptualized and expanded through ethnographic analysis outside the Anglo-European sphere. Although the project has international comparative aspirations, the core research takes place in Syrian and Iraqi Kurdistan -- places which both, in their own ways, strive for and enact sovereignty. The project is a collaboration between the University of Bergen and the University of Oxford’s Centre for Global History, where I am currently a Visiting Research Fellow.

Prior to receiving my current research project, I was a post-doctoral fellow at the University of Copenhagen’s Centre for Global Criminology, where I worked with Prof. Henrik Vigh on the project PREVEX: Preventing Violent Extremism. The project is funded by the EU’s research program Horizon2020 and was granted to PI Prof. Martin Bøås at the Norwegian Institute for Foreign Affairs. In Copenhagen, I contributed to a fieldwork manual to be used for data collection, and wrote an analysis of ‘desistance’, which I turned into an article, now under review.

I completed my PhD project in December of 2019. My doctoral work examined the role of martyrdom in the social movement most commonly known as the ‘Kurdish Freedom Movement.’ For my thesis, I conducted fieldwork in Turkish and Iraqi Kurdistan, as well as with diasporic organizations in Germany, for a total of 20 odd months. Intersecting themes that I still have an interest for are political violence, governance, war, kinship, cosmology and ritual. The doctoral work was a part of Prof. Bruce Kapferer’s large ERC-funded project Egalitarianism: Forms, Processes, Comparisons. I am currently working on turning my thesis into a manuscript.

Prior to my PhD project, I wrote a Master’s thesis in Social Science at the University of Chicago, where I examined the process by which ideological consubstantiality was achieved in a local anarchist organization.

Besides my current project, I am also an instructor in English and Social Science at the University of Rojava, Northern Syria, and a sometime contributor to MedyaNews.

Selected talks with an academic and broader audience

Behold the head of a traitor!’ Towards sacrificing the sovereign in 1640’s England and Contemporary Kurdistan. Workshop Convener and presenter at the University of Bergen. September 29, 2021.

Fieldwork in Kurdistan: Navigating obstacles and future Opportunities. Workshop convener and panel moderator, by invitation of the University of Rojava, Syria. February 1, 2021.

Peacocks of a feather: War and religious transformation in the Iraqi Ezîdi community. Invited talk at the Seminar Series at the Department of Anthropology at the University of Copenhagen. December 18, 2020.

Desistance as a frame onto radicalization: Strategies for navigating and understanding dangerous fieldwork. Invited talk at the Politics, Power and Mobility research group at the Department of Anthropology, Copenhagen University. November 25, 2020.

Kinship, Revolution and Resistance in Northern Kurdistan. Invited talk and workshop at University of Rojava, Syria. Held in Kurdish. November 20, 2020.

“Without the leader there is no life”: Abduallah Öcalan, the Kurdish Movement and the Resurgence of Sacred Kingship. Invited talk at the Seminar Series at the Department of Anthropology, University of Oslo. February 19, 2020.

Paper presented at the American Anthropological Association’s Annual Meeting. The Dynamics of Non-State Formation in Northern Kurdistan, as part of the panel ‘Egalitarianism, the state, and the organization of society’. Vancouver, Canada, November 22, 2019.

Sehid Namirin: Martyrs and the Cosmology of Revolution in the Kurdish Freedom Movement. Paper presented at Closing Seminar for ERC-project: ‘Egalitarianism: Forms, Processes, Comparisons,’ University of Bergen, May, 6, 2019

Who Are the Ezîdis? Public lecture given at the Christian Mikkelsen Institute (CMI) in Bergen with Synnøve Bendixen and Michel Strausberg regarding the identity and history of the Ezîdis, as well as their possible prospects in a post- ISIS Iraq and Syria. Bergen, December 3, 2018.

Martyrdom in the PKK. Lecture given at Bergen University’s Centre for Middle Eastern and Islamic Studies’ Christmas Seminar. Bergen, November, 23, 2018

PKK and Egalitarianism. Public Lecture at ‘Bergen Anthropology Day,’ jointly organized by the Department of Social Anthropology at the University of Bergen and the Christian Mikkelsen Institute (CMI). Bergen, September 15, 2017.

Becoming One: Guerilla Democracy in Northern Kurdistan. Paper presented as a part of the workshop in the Egalitarianism research group. Ascona, Switzerland,  March 10, 2016.