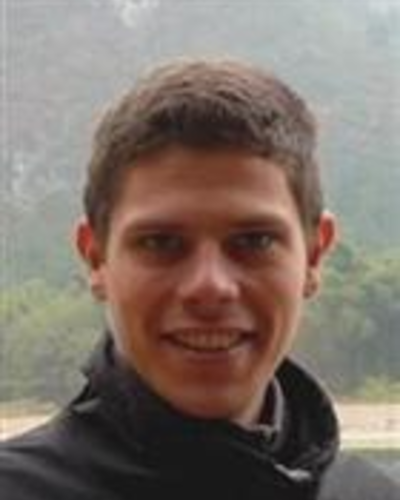 The general focus of my work is on the effect of variable marine environment on the physiology and behaviour of marine living organisms, in particularly phytoplankton. To investigate these bio-physical interactions I work with different numerical approaches, as well as in the field.

Under nutrient limited condition, the ability to acquire nutrients is important to determine the competitive advantage of marine microbes, auto- and heterotrophic alike. Nutrient limited growth is often described on a whole cell basis by a maximum rate and a half-saturation constant. An alternative approach to this empirical interpretation of the Michaelis-Menten parameters considers uptake sides at the cells surface. Using this formulation it is possible to derive trait-based descriptions of nutrient uptake dynamics which account for the underlying feedbacks and mechanisms stemming from cell physiology and physical constrains, such as diffusion limitation.

In the North Atlantic during winter deep convection has been suggested to counteract phytoplankton sinking and frequently return cells into the euphotic zone, thereby enabling phytoplankton survival in the highly turbulent deep mixed layer. For this concept, termed 'Phyto-convection', to work the cells ability to actively regulate buoyancy and to regulate metabolic rates (e.g. dark respiration) plays a crucial role in maintaining a viable population through the winter. To investigate this matter I am involved in work using different modelling approaches such as Individual-Based-Models and ecosystem models as well as static approaches employing stability analysis of Advection-Reaction-Diffusion-Equations (ARD).

I am also interested in the interface between observations, data and numerical model, and the integration of field work, laboratory experiments with numerical modelling.