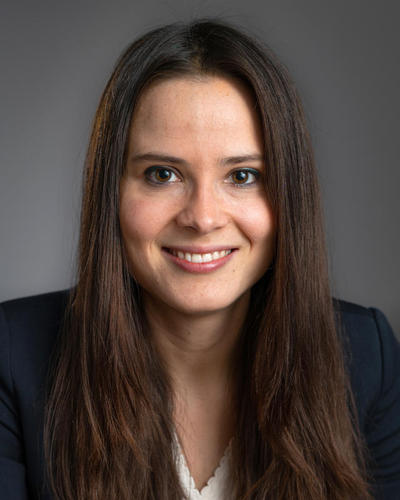 Esmeralda Colombo is a Lecturer at the University of Bergen, Norway, where she submitted her PhD dissertation on access to justice in climate change matters (“Access to Justice Reloaded. The Role of International Law in National Climate Change Cases”). Her current project tackles climate-related financial risk from a normative perspective. She has given talks in Europe, Asia, and the United States, and worked as visiting faculty at West Bengal National University of Juridical Sciences (Kolkata, India) and as a Guest Lecturer at the American University of Phnom Penh (Phnom Penh, Cambodia).

She received her law degree specializing in international law from the Catholic University of Milan, Italy; her LL.M. in EU law from the College of Europe in Bruges, Belgium; and her LL.M. with a focus on international law and climate change law from Columbia University in the City of New York, United States, where she was a Fulbright Scholar, Harlan Fiske Stone Scholar, and recipient of the Parker School Certificate in International and Comparative Law. She interned at the Columbia Center on Sustainable Investment and worked as a Research Assistant to Prof. Michael B. Gerrard.

Esmeralda is admitted to practice in Italy and is a member of the New York State Bar Association. Her publishing activity spans from climate change and environmental law to international law, US environmental law, Norwegian environmental law, and the Italian legal culture. Esmeralda holds a diploma in piano performance (Associated Board of the Royal Schools of Music, 2010) and has engaged with music programs to decrease individual violent behavior and inequality in underserved communities, publishing a monograph in 2014. She has been a pro bono Research Fellow at the Center for International Sustainable Development Law—Peace, Justice and Governance Program—in Montreal since December 2016.

Teaching duties over the years:

JUS250-2-C / Health and Human Rights in the Welfare State