She is interested in examining changes and continuities in religion from the pre-Roman to Roman period, in relation to landscape and interactions between cultures and movement of socio-political agents. Since her PhD awarded at the University of Durham (2014), her main focus has been cult sites in Syria. She published part of her PhD thesis in her monograph Rural Cult Centres in the Hauran: Part of the Broader Network of the Near East (Archaeopress Publishing Ltd, 2018).

She is interested in developing new theoretical frameworks and approaches to Roman archaeology. She is, in fact, the secretary of Theoretical Roman Archaeology Conference (TRAC) and a member of the editorial team of Theoretical Roman Archaeology Journal (TRAJ). Furthermore, together with Dies van der Linde she is about to publish an edited volume, Dialectics of Religion and the Roman World, tackling current theoretical debates on the study of Roman religion, with Franz Steiner Verlag.

Her interests in new approaches to Roman religion have led her to embark on a new project at AHKR, RENE (Regional Religious Networks in the Roman Empire), a Marie-Sklodowska-Curie-IF-project, which uses network and spatial analysis to discuss cult sites at the edges of the Roman Empire. RENE investigates the diffusion of religious traditions and architectural style in rural and urban cult sites in relation to the regional mobility of elite and interactions between rural and urban communities in the Hauran, Southern Syria, and in Lusitania, roughly Portugal and the western part of Spain, through social network analysis and spatial analysis.

Prior to joining the University of Bergen as a postdoctoral fellow, she enjoyed analysing ceramics in Cambridgeshire as she was a Roman pottery specialist at Cambridge Archaeological Unit, University of Cambridge where she was also a member of McDonald Institute at the Department of Archaeology.

Trained as an archaeologist, she took part in fieldworks in Britain, Italy and Jordan. For work, conferences and pleasure she has travelled and she continues travelling across the world enjoying discovering new cultures.

The research group gather scholars working with the period from the earliest human societies until c. 1800. 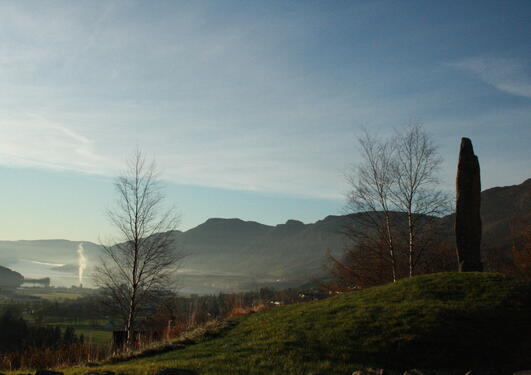