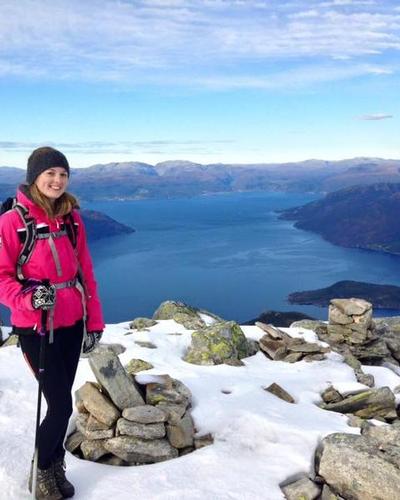 My research focuses on geological characterisation of the seabed for offshore wind foundations/anchors in the North Sea. Offshore wind is a rapidly growing industry and a vital part of the energy transition, but there are still a number of ways in which a more integrated approach to acquiring and interpreting site survey data could add value, reduce costs and uncertainties and increase efficiency in offshore wind installation projects.

Some key areas of interest include:

I have a background in Geology and Petroleum Geoscience and have previously studied at the University of Edinburgh (2009-2013) and Imperial College London (2013-2014). After graduating, I moved to Bergen to work as an Exploration Geologist at Statoil/Equinor for four years and also worked as an Operations Geologist for almost two years.

My main area of focus has previously been evaluating hydrocarbon prospects; analyzing large seismic and well datasets within the Northern North Sea region at a range of stratigraphic levels. Most recently I have focused on regional seismic interpretation of Plio-Pleistocene stratigraphy, and I am very excited to continue to study the fascinating glacial geology of the Quaternary of the North Sea as part of my PhD project.