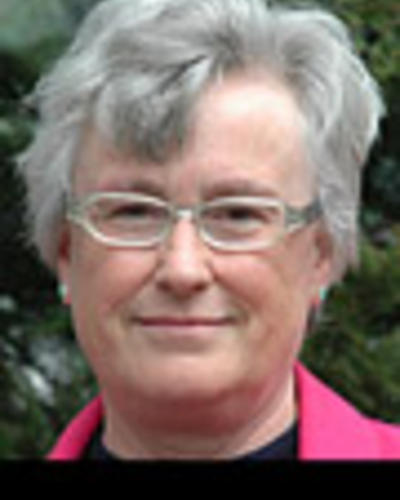 Hilary Birks is a plant macrofossil specialist with particular interests in vegetation history and palaeoecology in the Late-glacial and Holocene (14,000 - 0 years ago). She took up macrofossil analysis in 1970 and now has a wide experience in Europe and North America, with special emphasis on northern and arctic ecosystems. She has studied Late-glacial palaeoecology in Scotland, Norway, and Minnesota; she has worked on Holocene ecosystem development in Norway, Svalbard, Greenland, Romania, and Tibet and on the full-glacial of Beringia (between Alaska and Siberia) and Siberia. She has also studied the historical effects of eutrophication and pollution on lake ecosystems in Minnesota, UK, and North Africa. In connection with the interpretation of plant macrofossil data, she has studied the recent deposition of plant remains.

Other major research interests include:

(ii)       A pioneering study of the modern deposition of plant remains in lakes in 1970, followed by 3 other studies in UK and Norway.

(iii)      A pioneering multi-disciplinary palaeolimnological study of lake eutrophication in 1970.

(iv)      A multi-disciplinary reconstruction of the Late-glacial and early Holocene ecosystems, environment, and climate changes at Kråkenes Lake, western Norway since 1992. Besides aquatic and vegetational development, quantitative climate reconstructions were made and compared from 5 biological proxies. Rates of environmental and climatic change were estimated. The project also included the establishment of a high-resolution Late-glacial/early Holocene radiocarbon chronology, which allowed the determination of the calendar ages of the start and end of the Younger Dryas, (the latter being the start of the Holocene) and of the Vedde and Saksunarvatn tephras. Changes in pCO2 during the late-glacial and early Holocene determined from the stomatal density of fossil Salix herbacea leaves demonstrated differences from the ice-core pCO2 record. At least 26 publications have been produced from the project, including a special issue of Journal of Paleolimnology vol. 23.

(v)       Evaluation of the importance of plant macrofossil data in the interpretation of late-glacial vegetation history as a complement to pollen analysis.

(vi)      The use of plant macrofossils where pollen data are unreliable, to study vegetation history in the Arctic and the movement of tree-lines during the Holocene.

(vii)     Multi-disciplinary records of recent lake-ecosystem responses to pollution, eutrophication, and hydrological interference, particularly in North Africa, but also in Minnesota and UK.

Since her appointment as Professor of Quaternary Climate Changes and Palaeoecology in 2002, she has taught undergraduates about Quaternary Palaeoecology, including pollen analysis, and field courses about plant ecology and taxonomy and field methods used in Quaternary research. She has led graduate-student excursions to Öland, Spain, and Scotland. She has taught an international Plant Macrofossil Course for many years in Bergen.

She taught an international course on ‘Introduction to Plant Macrofossil Analysis’ at ECRC, University College London, 1995-2012. She has also taught macrofossil courses in Sweden and Alaska (Fairbanks).

She has supervised or co-supervised 7 doctoral students in the Universities of Bergen and London.

She collaborates with numerous colleagues within the University of Bergen with botanical, geological and zoological interests. She led a Quaternary palaeoecology project within the Bergen University Strategic Grant NORPEC. She has also collaborated with other Norwegian colleagues through the NFR project NORPAST, at the Radiocarbon Dating Laboratory at Trondheim, the Norwegian Geological Survey, Tromsø University, and Bø College.

She is affiliated to University College London as a Visiting Professor at the Environmental Change Research Centre. She collaborated on several research projects on pollution of North African lakes, the palaeoenvironment of northern Egypt, and recent lake ecosystem changes in the UK with scientists at the Centre. In addition, Viv Jones (ECRC, UCL) and Steve Brooks (Natural History Museum, London) have collaborated in her Norwegian and Scottish late-glacial research projects. Together with Carl Sayer and colleagues, she is compiling a Handbook of Aquatic Macrofossil Identification.

Elsewhere, she is involved in a project on the diets of extinct mastodons in mid-west North USA with Bas van Geel (Netherlands), and on Holocene tree-line dynamics in the Retezat Mountains in the Romanian Carpathians with Iló Orban and Enikö Magyari (Hungary). She worked with Minna Väliranta (Finland) on interstadial and early Holocene climates in Finland. She has played a role in the INTIMATE (INTegration of Ice-core, MArine and TErrestrial data, 60,000-8000 years ago) project over many years.

Her research activities have been documented in her paper ‘My Life with Macrofossils’ in Journal of Paleolimnology 57, 181-200

A list of Hilary Birks’s publications since 1970. Reprints of many of them are available on request.

Hilary Birks has a strong interest in photography of plants in the wild, associated with enjoyment of visiting alpine areas around the world to study their flora. Her other major hobby is gardening, with a special interest in growing alpine plants.

2003:    Foreign member of Norwegian Academy of Science and Letters

2014:    Fellow of the American Association for the Advancement of Science

2015:    Lifetime achievement award and medal of the International Paleolimnology    Association