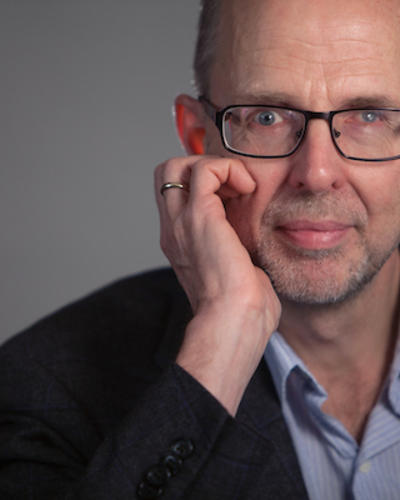 Professor
The Department of Biomedicine
researchgate

I am a molecular neuroscientist and clinical psychiatrist with an interest in applying new methods to studies of the brain and human brain diseases.

I am professor of biomedicine and leader of the Neurotargeting Research Group at The University of Bergen. I was director of a multidisciplinary center of excellence (K.G.Jebsen Centre for Neuropsychiatric Disorders) during 2011-2018. I have a 20 % position as senior consultant in clinical psychiatry at Haukeland University Hospital. I am a board-certified specialist of adult psychiatry. From 2002, I have been working as senior consultant in psychiatry at Haukeland University hospital, with a special focus on ADHD and affective disorders. Meeting and treating patients with severe mental disorders have always been an important source of inspiration.

For an overview of recent publications, see Google scholar:

My early work included structural and mechanistic studies of key enzymes involved in the synthesis of serotonin and catecholamine transmitters, demonstration of their involvement in human neurological and psychiatric disease and genome wide and targeted genetic studies of bipolar disorder and ADHD.Our research group has characterized the active site structure, reaction mechanism, and regulation by phosphorylation and dephosphorylation of several human enzymes, including tyrosine hydroxylase, tryptophan hydroxylases and pyridoxal dependent decarboxylases, all key to neurotransmitter synthesis.In 2007 I co-founded the International Multi-Centre persistent ADHD Collaboration (IMpACT). We have performed clinical, epidemiological and MRI-imaging/biomarker studies of psychiatric disorders. By extensive international interdisciplinary collaboration, we have discovered of new risk genes and treatment targets across diagnostic boundaries. We have also developed new animal models and shown how old drugs may be repurposed for new indications.

I have participated in ten EU-funded projects, including 3 ongoing H2020 EU projects. I have mainly worked at universities and hospitals in Norway. I have also been visiting scientist (up to one year at each site) at six other research institutions in Sweden, Scotland, Germany, France, the United States and the Netherlands.

Dr. Haavik has received multiple national and local research awards, including "Søren Falch og øienlæge Sigurd Falchs award for young scientists" in 1997, the “Lundbeck-award” in 2003, the “Innovation and commercialization award” at University of Bergen in 2005 and “Western Norway Health Research prize” in 2016. In Bergen, his research group at Faculty of Medicine has been awarded prizes for “Research group of the year”, “Research paper of the year” and “PhD of the year”. He has been member of the Norwegian Academy of Science and letters from 2018.