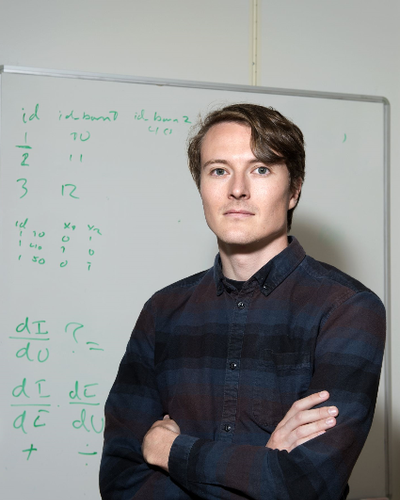 I mainly do research on Public Economics, Labour Economics and the intersection of the two. I have several ongoing projects on various spillover effects of retirement. Recently, I have started working on Economics of Crime as a co-investigator on the ERC grant "Criminality, Victimization and Social Interactions".

Abstract: An important externality of smoking is the harm it might cause to those who do not smoke. This paper examines the impact on birth outcomes of children of female workers who are affected by smoking bans in the workplace. Analyzing a 2004 law change in Norway that extended smoking restrictions to bars and restaurants, we find that children of female workers in restaurants and bars born after the law change saw significantly lower rates of being born below the very low birth weight (VLBW) threshold and were less likely to be born pre-term. We do not find an effect of the ban along other birth outcomes like APGAR scores and birth defects. Using detailed data on smoking status during pregnancy we find that most of the health benefits come from changes in smoking behavior of the mother. Using individual tax data, we find that the law change did not result in changes in earnings or employment opportunities for those affected, suggesting that the effects seen are likely a direct result of changes in smoke exposure in utero.
Link to paper

Abstract: We analyse the economic impacts of Norwegian nationwide reforms on the state benefit programme targeting single mothers and derive the net fiscal impacts of the reforms on both the affected single mothers and public expenses. Our analysis accounts for behavioural reform responses by single mothers in terms of benefit substitution and labour supply. We find that for each 100-NOK reduction in benefit payments from the programme, single mothers replace approximately 60 NOK through benefit substitution. In the short term, we find a sizeable positive reform effect on single mothers' labour supply and earnings. However, the positive labour supply response diminishes drastically in the long term. The reforms increase single mothers' disposable income in the short term, but in the long term, we find no or even negative effects on disposable income. In terms of the net fiscal impact on public expenses, the reforms are successful. We estimate a total net gain of 3.56 billion NOK (37 million EUR) in public expenditures covering the 1998–2008 period.
Link to paper

Abstract: Despite the longstanding interest in spousal labor supply decisions such as retirement, clean evidence on labor supply spillovers within the household is scarce. We provide causal estimates of the spousal spillover in retirement, using a Norwegian early retirement reform as a natural experiment. Workers eligible for early retirement reduce their employment rates by about 35 percent compared to non-eligible workers. We find that male workers’ eligibility for early retirement reduces their wives’ employment rates by around 5 percent. The findings are less conclusive with respect to husbands’ response to wives’ early retirement decisions. An investigation of the responding wives’ labor market exit strategy reveals that the reform increased their likelihood of retiring with a disability benefits by 17 percent, representing a cost to public finance incurred in addition to the general retirement costs.
Link to paper