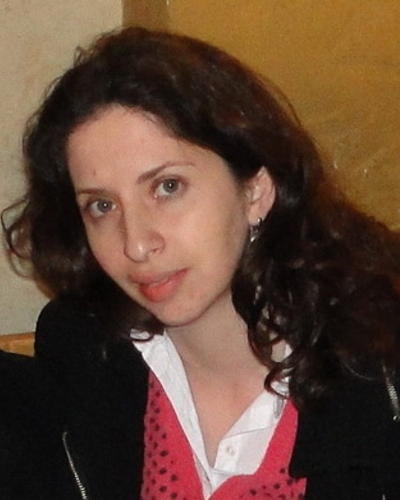 The tentative title for my PhD project is Refugee Industry: the case of Iraqi Forced migrants in Jordan.

The aim is to record the refugee experience of the Iraqi society in the context which I termed Homeland Sacer. The US-UK led invasion in 2003 turned Iraq- that was the homeland of the people I met in Jordan- into a war zone where crimes against people and their belongings became the norm, crimes that ‘constitute the original exception in which human life is included in the political order in being exposed to an unconditional capacity to be killed’ (Agamben, 1998: 85). I am extending the concept of Agamben to refer to a larger state of exception that is imposed on a whole nation in an attempt to bring the refugee problem into its relevant historical and political contexts.

To achieve this goal, I conducted ethnographic fieldwork with Iraqis in their temporary shelter in Amman (during 2010-2011). I recorded and observed their everyday lives in the transit space, and collected their narratives about homeland and why they had to leave it and to where. In addition, I met representatives of some of the agencies who control this shelter’s space and eventually reduce the Iraqis’ cause from the collective homeland sacer case to a humanitarian problem of individuals.

In the next phase of my research I will look closer at the role of these “softer” intervention tools- exercised by both International and local humanitarian agencies and organisations and the hosting state with its apparatus- in the manufacturing process of “refugees” as victims whose rights are restricted to the humanitarian sphere; turning them into individuals who are bound by the basic rights of survival, and therefore their lives are reduced to bare life while losing their existence as collective communities. These humanitarian agencies, who control the new transit shelter space for Iraqis, play the role of a disciplining biopower (Foucault, 1977) through the act of providing refugees with their needs of food, education, cloths, health services and sometimes even work. This will eventually transform Iraqis seeking refuge from the homeland sacer fate they were forced to face in their home country in the name of “LIBERATION” into bare life without political existence; the zoé that can be controlled and disciplined through a powerful universal humanitarian and individualized discourse based on human rights principles is enforced to replace the collective national right discourse and in this way Iraqis who were uprooted from their homeland are also uprooted from the qualified form of life: the bios.

One of the main aims of this study is to uncover the forces behind the dominant victim/refugee story in the state of exception prolonged within a colonial context, considering the example of Iraqis living in transit in Amman and how it affects their future perspectives as individual humans and as part of the collective Iraqi society. This is reflected, initially, in the future decisions expressed by some of the Iraqis I’ve met: a smaller group of whom has chosen to wait in Jordan, in the transit, until it gets safe to return to their homeland; while for the majority the solution would be resettlement in a third country. Both groups did not become ‘refugees’ because they were announced homines sacri and thus objectified as bare life that can be killed. They were rather excluded and expelled from their homeland as part of the process of excluding their homeland from sovereignty. The homeland was the target, leaving people with two choices: ‘leave or die’. Death might put an end to the suffering while leaving will not. It is, rather, a start of a different phase of bare life as mentioned above. The study will focus on the strategies developed by the refugees to cope and/ or resist this bare life situation in the space confined between the pushing and pulling forces and techniques exercised by the main actors in the field as it’s revealed in the practice and discourse of the humanitarian agencies and the local hosting state apparatus.

2011. "The Image of Palestine in the Narratives of Refugees: A Comparative Study of Two Refugee Camps - Qalandia in Palestine and Al Yarmouk in Syria". In Palestinian Refugees: Rights, Narratives and Policies. Birzeit: Forced Migration and Refugee Studies Unit and Ibrahim Abu-Lughod Institute of International Studies, Birzeit University: 233-253.

2008. خطاب حول الاستعمار . A translation of "Discourse on Colonialism" by Aimé Césaire into Arabic.

Ongoing:
The tentative title for my PhD project is Refugee Industry: the case of Iraqi Forced migrants in Jordan.