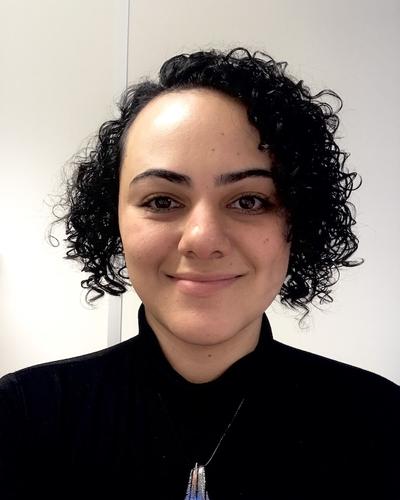 I am a postdoctoral fellow within the group of Prof. Stephanie Le Hellard and collaborate with Dr. Tetyana Zayats at the Analytic and Translational Genetic Unit at Massachusetts General Hospital and Harvard Medical School, USA.  My background is in psychiatric genetics and epigenetics with experience in the analysis and interpretation of DNA methylation microarray data. My PhD was completed in 2019 at the Psychiatry and Medical Psychology Graduate Program at the Federal University of São Paulo, Brazil, and my work experience abroad includes a research internship at the Children’s Hospital of Philadelphia, USA. I am originally from Brazil.

Currently, I am working on two projects, both related to methods for imputing DNA methylation (DNAm) levels. The first project aims to investigate the imputed DNAm levels on the brain of schizophrenia patients and healthy controls. The second project aims to implement a DNAm imputation method in order to obtain a higher resolution of the methylation landscape by using microarrays.

Information on DNA methylation (DNAm) can be obtained with different laboratory methods. Methods based on whole-genome sequencing provide a very fine resolution of the methylation landscape but at a high cost per sample, while microarray-based methods provide measures of many probes at a reasonable cost per sample. By using samples typed with whole-genome sequencing as a reference, it is possible to reliably impute the DNAm status of a large number of methylated regions in other samples where the density of the methylation data is not as high. We will develop and implement an imputation method by using a sequencing dataset as a reference to obtain a greater number of methylated levels in samples typed with microarrays. The imputation method will be implemented together with our collaborators at the Broad Institute of MIT and Harvard, Cambridge, MA, USA.

Exploration of brain-heritable methylation in schizophrenia cases and controls

Schizophrenia is a severe and highly heritable neuropsychiatric disorder. Although the advent of large-scale genome-wide association studies have begun to provide insights about its underlying biology, there remains uncertainty about the genes involved in the disorder pathogenesis and how they are regulated. As a consequence, there has been a growing interest in the role of epigenetic variation, such as on DNA methylation, in the molecular etiology of schizophrenia. However, DNA methylation profile is specific for each tissue and developmental stage, which makes its analysis very challenging in the context of psychiatric brain disorders. Hence, the imputation of DNA methylation based on genetic variation in the brain represents a practical alternative in this context. Our aims in this project are 1) to impute brain-heritable DNA methylation levels in a large sample of schizophrenia patients and controls, 2) to test for association between these DNA methylation levels and schizophrenia.