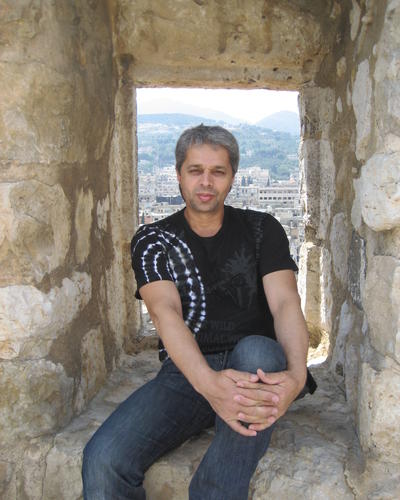 Current project: "Technologies of Creating “Dark Others” (Chakht) in Tajikistan: A study of Self-Other Relationships in the Pamir Mountain region"

This extreme situation in the post-soviet society of Tajikistan, where political liberalization has not happened, where the economy is paralyzed and where cultural values, ideas and ideals are not working, provides conditions for the appearance of technologies of creating Dark Others. In this context some groups will begin seeking for ‘the enemies of nation’. They will create them (dark others) if they do not exist. Whole institutions and intellectuals seek to preserve power by weaving ‘grant narratives’ like “great nation”, “unity (vahdat) is in danger”, “the nation-state is in danger” and others, trying ‘culturally motivate their violence’. Some institutions and universities under the title of ‘Islamic’ were established in order to control their own people. The regime using religious myth and symbols as well as taken for granted globalized watchword of ‘war on terror’ to made an ideological context in which they can justify their violence against others. The situation constitutes new norms of behavior in which the fear becoming dominant feature in relations between subjects and their government, between government and its subjects as well as between local government and superpowers of region. Individual agents in this context don’t have an independent position. The majority are ‘constitute himself as an object in the eyes of the Other’.

The core discourse of this project is “Chakht Discourse” which talks about Self and Other relations in the history of the Isma’ili community of Tajikistan. The word “Chakht“(literary meaning ‘curve’, ‘bended’ - something which is not right or straight) was developed by the Isma’ili Tajiks of Badakhshan as a way of describing their experience of OthernessThe Isma’ili community has a special history: from the beginning of their history they lived in a hostile environment and tried not to be enslaved by others.

Personal background
I was born in Vanj valley of Badakhshan region of the Republic of Tajikistan. I have got my BA in History from Tajik State University(1980- 1985) and my MA in Islamic Studies from the School of Oriental and African Studies, University of London, (October 2001-September 2002). I was active participant of the Summer Institutes “Teaching Islam in Eurasia". http://www.ssrc.org/programs/eurasia/Teaching_Islam_Eurasia/index.page., ReSET Building Anthropology in Eurasia, and now I am participating in  ReSET  academic program “Anthropological Approaches to Religion and Secularism”.  I have some publications in English and Tajiki languages. I was Research fellow at the Institute of Philosophy, Politics and Law, Academy of Science of Tajikistan at the Department of the Sociology of Religion.  I have completed my dissertation on ‘The Concept of the Self In the Islamic Philosophy” (candidate nauk) which I didn’t defend yet. Now I am PhD student at the department of Social Anthropology of University of Bergen.

At the University of Central Asia I have taught the following courses:

2007. "The Self between The Political Chaos and The New Political “Order” in Tajikistan", Journal of Transcultural Studies, 2-3: 337-349 [Special Issue based on AASCPC conference Monash University, Australia and available at www.schlacks.com/transcultures.html]