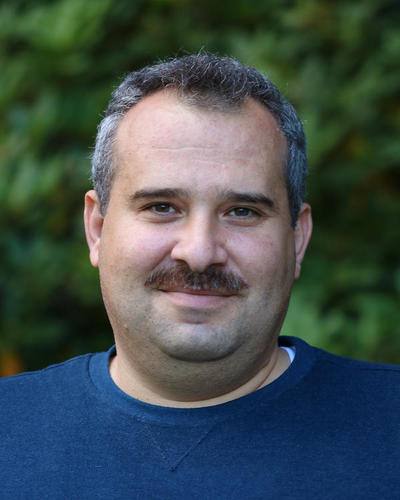 2004-06 - 2006-05     M.A. in Linguistics. Department of Linguistics, Faculty of Humanities, University of Mysore, Karnataka state, India.  Grade: First rank with distinction (highest marks out of all students in the same period).

Norwegian recognition and acceptance for all previous certificates:

The Committee for Qualification and Equivalence of Scientific Degrees in Syria

Council of Higher Education - Syrian Arab Republic - Resolution No. (97 L. M). Date: 05/10/2010. Acceptance of the equivalent of the PhD degree of Dr. Nassim Obeid issued by University of Mysore India in 2010, qualified to be appointed as a faculty member in the Department of Arabic Language at the University of Damascus. This certificate allows him to work in all sections of the Arabic language from the faculties of arts in all Syrian universities. (Resolution signed by the rector of Damascus University).

2019-09-  2021-09     University of Oslo: Researcher guest at Department of Linguistics and Scandinavian Studies. Oslo, Norway.
Researcher with a temporary contract for one year at Oslo University. Norway.

2018-09 -09-2019     University of Oslo: Researcher at Department of Linguistics and Scandinavian Studies.
Researcher with a temporary contract for one year at Oslo University. Norway.

2001-05 - 2004-06       Damascus University: Lecturer of Arabic.
Teacher's assistant in Arabic for non-native and for not specialized speakers, at the University of Damascus, Damascus, Syria.

CLASS TAUGHT AT THE UNIVERSITY OF BERGEN,

CLASS TAUGHT AT THE UNIVERSITY OF OSLO, IKOS, NORWAY

REGULAR CLASSES TAUGHT AT THE DEPARTMENT OF ARABIC, UNIVERSITY OF DAMASCUS, DAMASCUS, SYRIA

REGULAR CLASSES TAUGHT AT THE DEPARTMENT OF ARABIC, SWAIDA BRANCH OF UNIVERSITY OF DAMASCUS, SWAIDA, SYRIA

2010- 2017                As official proofreader in Arabic Language: Audited 12 books published for the benefit of the University of Damascus, Al-Baath University, Tishreen University, and Aleppo University. Just like:

History of Ancient Languages in the Arab World, (book in two volumes) written in Arabic Language.

- External supervisor for: Abdul Moin Al-Muhaimeed, Ph.D. in Semitic Languages, with title: "Religious spaces and their impact on the political life of ancient Syria in the old Babylonian era", 2016-2017.

- Supervisor for: Yousef El Zerai, M.A in Arabic Language, with title: "Contribution of modern linguistic theory in computer linguistics and its implications on the Arabic language", at Department of Arabic Language and Literature, Damascus University. Syria. 2015

- Supervisor for: Ruba Qabbani, M.A in Arabic Language for non-native speakers, with title: "Setting standards for a computer program to teach distance reading skills for non-Arabic speakers at the beginner level", in High institute of Languages, Damascus, Syria.

2018-12           Member of the Academic Evaluation Committee in the "Ibn Khaldun Academy Contest" : The annual Contest of the Syrian Scientific Research Society entitled "Ibn Khaldun" for the publication of the scientific in the field of humanities and language and social sciences".

ARABIC PROOFREADER FOR TRANSLATIONS INTO ARABIC

in Zoho Project by Syrian Society for Scientific Research. USA

MIT - 6.046 Design and Analysis of Algorithms