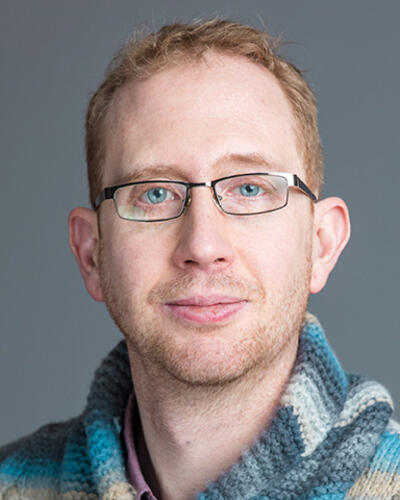 My lab aims to understand the cellular and molecular links between growth, reproduction and food availability using the simple sea anemone Nematostella vectensis. Sea anemones grow when fed and shrink when starved. We use the sea anemones Nematostella vectensis and Exaiptasia pallida to study how these processes are regulated on a cellular and molecular level. Our research combines aspects of body size regulation, nutrient transport, stem cell biology and cell cycle control to get a systemic understanding of one of the oldest physiological growth control mechanisms in animals.

Sea anemones show extreme responses to the presence or absence of food. Growth and cell division rates are high when food is abundant. In contrast, starvation leads to a strong and rapid decline in cell division rates, followed by a controlled body shrinkage. We aim to leverage the extreme, nutrient-controlled body plasticity and cell division dynamics of Nematostella vectensis to get a comprehensive understanding of nutrient-controlled body plasticity at the organismal, epithelial, cellular, transcriptomic and genomic levels. We have recently started to include the sea anemone Exaiptasia pallida to study how symbionts affect growth and starvation resilience.

Nematostella provides a simple organismal framework to study body plasticity due to a simple body plan that consists of only two epithelia and lacks a centralised nervous system or a circulatory system. We combine a diverse set of state-of-the-art molecular and genetic techniques, such as CRISPR/Cas9-mediated generation of mutant or knock-in lines or transgenic lines, together with more traditional molecular, physiological and ultrastructural methods to study nutrient-controlled growth and cell proliferation control.

I have been interested in diverse aspects of animal evolutionary development throughout my scientific career. During my PhD in the lab of Detlev Arendt at EMBL Heidelberg, I have worked on the morphogenesis and molecular sub-regionalisation of the nervous system in the polychaete annelid Platynereis dumerilii using 4D microscopy (PNAS, 2007) and comparative gene expression (e.g. Evol Dev, 2011; EvoDevo, 2010; Cell, 2007).

My postdoc work with Ulrich Technau, started at the Sars Centre in 2007 and continued at the University of Vienna from 2008, involved elucidating the evolutionary origin of germ layers and muscle cells. One part of the work used a broad phylogenomic comparison and cross-species comparative expression analysis of muscle components, and concluded that striated muscles evolved independently in jellyfish and bilaterian animals (e.g. vertebrates, flies)(Nature, 2012). In a second project, I studied the homology of cnidarian and bilaterian germ layers by comparing the origin of typical 'endodermal' (e.g. digestive enzyme-secreting exocrine cells) and 'mesodermal' (e.g. muscle, somatic gonad) cell types between the triploblastic bilaterians, and the diploblastic sea anemone Nematostella vectensis. This work challenged the long-held view that endoderm of cnidarians and bilaterians are homologous, and instead proposed a revised homology of germ layers (Nature Ecology and Evolution, 2017).

After a short time as independent researcher and tenure-track university assisstant at the University of Vienna, I started my lab at the Sars Centre in August 2015. My lab's interests are focussed on the evolution of the cells and molecules balancing nutrient availabilitiy, growth and reproduction using the sea anemone Nematostella vectensis  as main research organism.