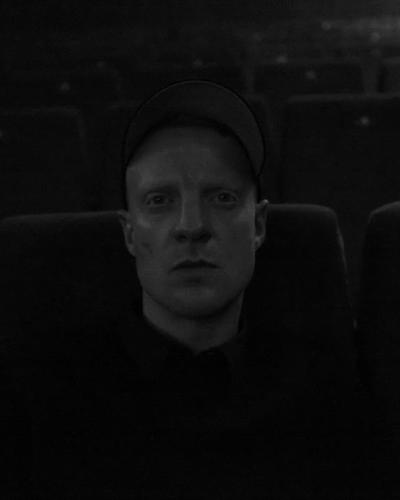 THE HORROR OF THE DROP - Contemporary horror fiction as counter-narrative in political art practice or Surviving the night in the haunted mansion of absolute capitalism is a research project about the alienating effects of absolute capitalism and the possibilities of artistic research and visual experimentation to adapt and utilize contemporary horror fiction - as the very format of alienation - to counter this effect.

The research project will engage different aspects of absolute capitalism, like financial speculation, algorithmic transactions, environmental exhaustion, cognitive work and debt economy, coupling the conditions they form with conditions within horror fiction.
As a starting point, financial speculation is conceived as an alienating space of algorithmic transactions. A decisional ecology leaving the human beings invested in this activity strangely culpable and dissociated at the same time. The imaginary gush of digits and symbols creates an otherworldly activity chillingly operative in the actuality of everyday life - like an algorithmic poltergeist rearranging the actual furniture of the living room. The speculative nature of the handling of real people’s livelihoods also defines a space where ethics are exchanged for markets and a crisis of morality stirs inside each individual trader. As the torrent of excess - ultimately irrevocable in the neoliberal ideology - spins centrifugally ahead, a notion of suicidal tendency and self-harm becomes apparent. The centrifugal drive turns centripetally in on itself, as the finitude of natural resources promises the catastrophic end of this venture. Finally, debt economy unfolds the harrowing sense of guilt and the trading off of actual living-time for the citizen. The indebted man roams the urban setting restlessly as a living dead, owing all of what really constitutes lived life, namely time, to an undefined and opaque apparatus.

A certain upsurge in the interest of horror fiction within the realm of critical theory, as well as contemporary art, witnesses a slow but building acknowledgement of the genre’s worth as a tool in the analysis of our times. Furthermore the acceleration of developments in society mirroring conditions of horror fiction (including and beyond conditions informed by trading bots, the anthropocene and post-internet life) intensifies the need for studying and evaluating the horror of our times. THE HORROR OF THE DROP is an attempt to address this growing concern within the medium of the very mirror. Spun around a series of new video works, it will endeavor to create a textual and visual language, that toy with the notion of genre fiction, critical theory and contemporary art, in the attempt to provoke new visual and critical landscapes for new readings and commentaries on contemporary society as always already horror.

More than just aim to perk up artistic research and politically engaged art production by letting it, in some sense, become horror fiction, THE HORROR OF THE DROP will raise urgent questions on the possibilities of evading the traps of assimilation in artistic work that deals with governing and economic structures and how to generate truly new political spaces within the experience of contemporary art. And notably what these spaces might then tell us.