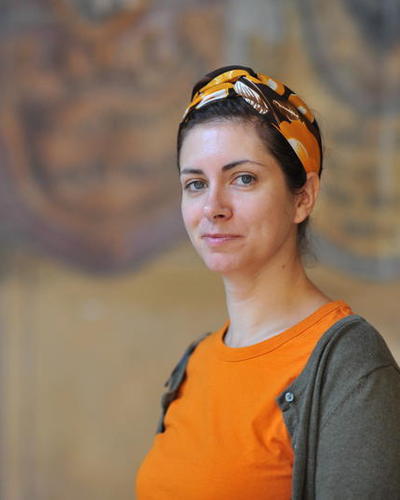 Blindness as a metaphor

Early modern antiquarianism and the origins of modern archaeology and history.

Early history of the botanical garden.

Images as a universal language.

Labels and labelling of museum and art objects.

Origins of the museum.

Representations of blindness in art and literature.

I have taught on a number of Art History courses at UiB including:

'Chastising the Eye in the 'Golden Age'. The image of blind Tobit in seventeenth-century Netherlands.' In Material Cultures of Devotion in the Age of the Reformations. Eds. L. K. Skinnebach, S. Ryan and S. L. Smith (Peeters, 2021).

Material Cultures of Devotion in the Age of the Reformations. Co-edited with L. K. Skinnebach and S. Ryan.

Current book project: Material Cultures of Devotion in the Age of Reformations.forthcoming

‘Truth and the Transunto’. Presented at ‘The Art of Truth. Providing evidence in Early Modern Bologna’, at The Norwegian Institute in Rome.

‘The imprinted body and its copies’ project presentation at ‘The Body in Translation’ project, CAS, Oslo.

‘Index of an absent wound’ – a seminar on Georges Didi- Huberman. Guest lecture and discussion for Estetisk lesesirkel, UiB.

‘The Shroud and the Pineapple: The use of images in sixteenth-century Bologna’ presentation given at the Norwegian Institute in Rome.

ENID - An international network researching the instrumentality of Christian piety and devotional practices, from 14th century ‘Devotio Moderna’ to Vatican II in the 20th century.