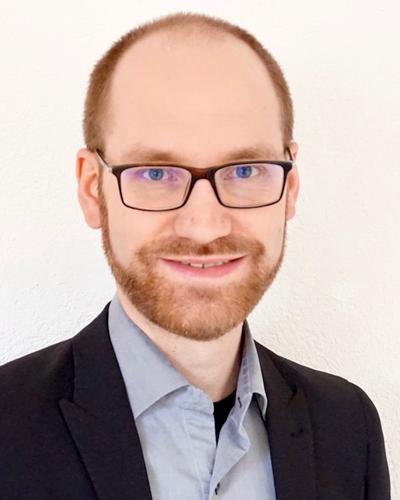 I am a historian of Central and Eastern Europe at UiB. I received my Ph.D. from the University of Graz in 2011 and obtained the Habilitation in Early Modern and Modern History from the University of Zurich in 2018. Before joining UiB in 2020, I have taught for ten years at the history departments at the Universities of Zurich and Fribourg, as well as held the István Deák Visiting Professorship in East Central European Studies at Columbia University in 2018.

My research focuses on post-medieval Central and Eastern Europe (c. 1350-1850), and I am particularly interested in urban-rural relations, administrative, bureaucratic, and constitutional changes ("ABC history"), and state transformation, by which is meant the emergence, and change over time, of the European national state. I am the author of two books: Urban Elites of Zadar (2013); and Europas Habsburgisches Jahrhundert (2018). My next book will be Lordship and State Transformation: Bohemia and the Habsburg Monarchy from the Thirty Years War to the War of the Spanish Succession, expected in 2022. Please see the respective tab for more information.

Currently, I am investigating the diffusion of state authority into the rural periphery of Habsburg Lower Austria from the late eighteenth century to the advent of constitutional rule in 1860s, exploring the role of non-state actors as state-builders, the patterns of patterns of transition, and the social factors influencing them.

Apart from my own research, my contribution to the field include expertise for the EU Commission’s Research Executive Agency (Marie Curie-Skłodowska fellowships), the Polish National Science Centre (Narodowe Centrum Nauki), and the Swiss National Science Foundation, as well as serving on the international editorial board of Atti (published by the Centre for Historical Research in Rovinj/Rovigo, Croatia) and as peer-reviewer for Annales: Histoire, Sciences Sociales, Archivio Veneto, and the Zeitschrift für Kunstgeschichte, among others.

For a full list of my publications, please see my linked C.V. above.

State Transformation in the Austrian Empire

In my current research, I take a fresh look at the different roles, ways, and means in which non-state actors in Lower Austria contributed to the modernisation of the Habsburg Empire* during the first half of the nineteenth century. At that time Lower Austria was both the center of a vast, multinational dynastic empire while, at the same time, the region and its inhabitants remained overwhelmingly embedded in what historians of the French Annales tradition call the ancien regíme économique et social.

My aim is to shift the perspective—from the conventional point of view from the imperial court and central administration in Vienna to its rural peripheries—which promises to shed new light on the established, but largely unanswered, question of how the emerging 'institutional state' (Anstaltsstaat, Max Weber) encroached upon time-honored privileges and traditional patrimonial authority by first creating new rules and then insisting on their implementation in contexts where state power did not exist before.

The three main avenues of my project are: the diffusion of state power 'beyond' simplistic dichotomoies of 'centre vs. periphery'; the interactions between state and non-state actors; and the origins of institutional memory. A certain amount of attention will further be paid to the ties that tied the nineteenth century's distinctively different two halves together, such as the intersections of individual, institutional, and structural factors that transcended the Revolutions of 1848/49.

The Austrian Empire (1804–67) consisted of 20 territories of varying sizes, which historically were grouped together into three large regional blocs: the Austrian, Bohemian, and Hungarian lands. Of these, the largely German-speaking Austrian lands formed a comparatively coherent territorial agglomeration stretching from the mountain peaks of the Eastern Alps to the Pannonian Basin. These territories shared a host of similar characteristics, both ecclesiastic and secular, and their socio-economic arrangements remained, with the notable exceptions of a few large cities such as Vienna, Prague, and Pest, overwhelmingly pre-industrial well into the second half of the nineteenth century. In terms of socio-economic organization, traditional patrimonial domination remained the fundamental building block until the abolishment of seigneurial relations, the one immediate and enduring accomplishment of the Revolutions of 1848–49.

My focus is on Lower Austria, which was, in many ways, both core and periphery of the Habsburg Empire: home to the Vienna court and the Austrian central administration, yet the majority of its inhabitants dwelled and toiled under quite different circumstances in the capital’s rural hinterlands. The term commonly used in the sources is Herrschaft, which roughly translates into 'lordship', and scholarship typically denotes the essentially composite nature of traditional patrimonial domination as Grundherrschaft, or landlordship.

Leaving aside, for reasons of brevity, the rich, if variegated, older traditions of legal and territorial research, for our purposes it may suffice to note the three key components of relevance here: generally, 'lordship' consisted of (strong) seigneurial rights over any given area and its various inhabitants (tenants and villagers), as well as the landlord’s involvement in his or her demesne economy. The third key component revolved around those (partially 'invisible') non-state actors who stood, for good and/or ill, in-between the landlord and his or her subjects: the seigneurial officials who, during the transition from pre-modern ('feudal') to modern power relations were, in effect, servants of two masters, one traditional and personal, the other modern and abstract.

The primary research base consists of archival as well as published sources that offer insights into everyday administration, recorded by the seigneurial officials of Gobelsburg Manor, Lower Austria. Both manuscript and printed sources, preserved in local and regional archives, are analyzed together with material drawn from state and national archives. These source materials are widely diffused across archives throughout (Central) Europe, and while their numbers, contents, diffusion, languages, and styles may vary, these are differences in degree and not of kind. For these reasons, their study fits well into the research framework proposed by recent scholarship on the ambiguities, wide-spread hybrid forms, and variations of state formation and civil society in the nineteenth century.