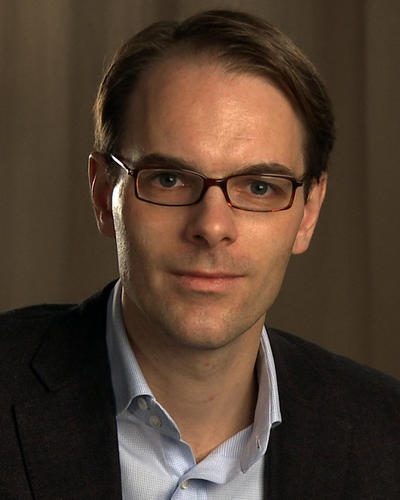 Professor Ågotnes' research is in the intersection of formal logic, artificial intelligence and multi-agent systems. He is particularly interested in formalising reasoning about information (ex)change and different aspects of interaction in multi-agent systems, using modal logic. His work is often interdisiplinary, combining formal logic and computer science with formal/mathematical frameworks for modeling interaction from the social sciences such as game theory, social choice theory or social network analysis.

He has published extensively in these areas. See the Research Topics tab for more details about some research topics and collaborations, and the Publications tab for a list of publications. He has (with co-authors) received the best paper award at the AAMAS conference (2009). In 2018 he was awarded the Changjiang (Yangtze River) Scholar Award by the Chinese Ministry of Education. He has served the research community through numerous program committees, including senior program committees of IJCAI and AAMAS, as well as a frequent referee for journals and research councils. He is currently co-chair of the 2020 Scandinavian Logic Symposium (now moved to 2021 due to covid-19), and tutorials co-chair of AAMAS 2021.

Courses I am teaching or have recently taught:

I am involved setting up a new bachelor program in AI that will start in the autumn semester of 2021.

You can find most of my publications in either Cristin (best for reverse chronological order), Google Scholar (current h-index: 27) or DBLP. If you are looking for something you cannot find, don't hesitate to ask.

The following are some research topics I am currently interested in, along with examples of recent and/or key papers and collaborators. (This is neither an exhaustive list of topics nor of papers; see under Publications for more papers). They all involve the use of modal logic to formalise reasoning about different types of interaction.

Reasoning about Knowledge and Ability. Reasoning about invidual or coalitional ability, i.e., what an agent or a group of agents have the ability to make come about, is key in reasoning about interaction between agents. I have worked on modalities formalising different variants of ability, and on extending existing frameworks such as Alternating-time Temporal Logic (ATL) and Coalition Logic (CL) in different ways, in particular with modalities for individual and group knowledge - see our handbook chapter on Knowledge and Ability, with Val Goranko (Stockholm), Wojtek Jamroga (Luxembourg) and Mike Wooldridge (Oxford), for an overview.

From Knowledge to Belief: False Beliefs, Lies and Secrets. Many of the most interesting phenomena and insights in multi-agent epistemic logic depend on the assumption that knowledge has the S5 properties. We have started looking more closely at what happens for weaker notions of belief, when some those properties are weakened. See the paper on True Lies with Hans van Ditmarsch (Nancy) and Yanjing Wang (Beijing) which looks at generalised Moorean phenomena such as sentences that when announced becomes true even if they were false ("true lies"). Also, in a recent paper on Group Belief with Yi Wang we look at what happens with the notion of group belief when belief is assumed to have weaker properties than (S5) knowledge (hint: most of the time group belief is not actually belief). Finally, I'd like to mention very recent and ongoing work with Zuojun Xiong (Chongqing) on The Logic of Secrets.

Quantifying over Information Change. By adding modalities quantifying over possible informational events, one can reason about possible future information/knowledge states. In the seminal paper on Group Announcement Logic with Philippe Balbiani (Toulouse), Hans van Ditmarsch (Nancy) and Pablo Seban (Toulouse), we introduce modalities for quantifying over possible public announcements agents can make. These can be seen as ability modalities in the context of publicly observable informative events and epistemic goals. Such logics are typically undecidable, see The Undecidability of Quantified Announcements with Hans van Ditmarsch and Tim French (Perth). See also the recent paper on Group Announcement Logic with Distributed Knowledge with Natasha Alechina and Rustam Galimullin (Bergen).

Reasoning About Social Networks. Of particular interest is logical languages that can capture reasoning about interesting network phenomena such as those studied in the field of social network analysis and/or recently relevant phenomena such as polarisation. See On the Logic of Balance in Social Networks with Zuojun Xiong, Towards a Logic of Tweeting with Zuojun Xiong, Jeremy Seligman (Auckland) and Rui Zhu (Auckland), and a recent extension of the latter with modalities for quantifying over tweets of the type mentioned above in Arbitrary Network Announcement Logic (to appear in Proc. of DaLi 2020) with Zuojun Xiong. Recently we used the former logic to take some Further Steps Towards a Logic of Polarization in Social Networks, with Mina Young Pedersen (Bergen) and Sonja Smets (Amsterdam and Bergen). Also in recent work we look at Analyzing Echo Chambers: A Logic of Strong and Weak Ties, also with Mina Young Pedersen and Sonja Smets. Finally I'd like to mention very recent and ongoing work with Zoe Christoff (Groningen) on Reasoning about Cascading Ability in Social Networks (NETREASON 2020, to appear), where we use ability modalities to reason about the cascades that groups of agents can trigger.

Knowledge Games. In reasoning about information (ex)change it is often implicitly or explicitly assumed that agents have some epistemic goal, e.g., that Ann gets to know something without Bill knowing it. Such goals can be formalised using epistemic logic, while dynamic epistemic logic formalises actions and their epistemic pre- and post-conditions. Together, agents, goals, actions, and outcomes (post-conditions) consitute a game, and we have looked at how to reason about strategic interaction in settings described by such formalisms by inducing game-theoretic models from them. In What will they say? – Public Announcement Games with Hans van Ditmarsch we look at inducing strategic games from epistemic models where actions are public announcements, in Question-Answer Games with Johan van Benthem (Amsterdam), Hans van Ditmarsch and Stefan Minica, we look at the case where actions are strategic questions. See also the book chapter on Knowledge Games and Coalitional Abilities with Hans van Ditmarsch for a connection to coalitional ability. A more general kind of knowledge game are Boolean games with incomplete information and epistemic goals, see for example the paper on Verifiable Equilibria in Boolean Games with Paul Harrenstein (Oxford), Wiebe van der Hoek (Liverpool) and Mike Wooldridge.

Social Laws (Normative Systems). Social Laws, or normative systems, are restrictions imposed on the individual behaviour of agents with the goal that the system as a whole exhibit certain global properties. In a series of papers we have looked at formal models of social laws as restrictions on transitions in a Kripke model and where the global goals are represented by a logical formula - typically in a temporal logic such a CTL. One of the reasons I like this line of research is that it combines, e.g., formal logic, complexity theory, game theory, voting theory and power indices. See, e.g., Robust Normative Systems and a Logic of Norm Compliance with Wiebe van der Hoek and Mike Wooldridge. Power in Normative Systems with Wiebe van der Hoek, Moshe Tennenholtz (Haifa) and Mike Wooldridge won the best paper award at AAMAS 2009.