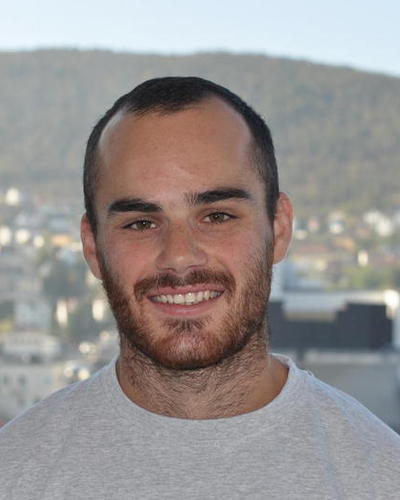 I hold a Master degree in Social Anthropology from the University of Bergen, and a Master degree in Samfunnssikkerhet (Societal Safety/Security) from the University of Tromsø. I have previously worked in the field of urban security, and have studied the process of reforming the military police in Rio de Janeiro ahead of the 2016 Olympics. I continue my work on the Brazilian police as part of the research group of the NFR-funded research project "Algorithmic Governance and Cultures of Policing" at Oslo Met.

My PhD-project focuses on the affective and aspirational dimensions of mountaineering in western modernity, and examines how natural landscapes, and particularly the mountains have become central to contemporary fantasies about happiness and the good life. I have approached these issues through multisited fieldwork in Southern Patagonia (Argentina) and Svalbard (Norway), as well as fieldwork in mainland Norway.

Among my main areas of interests are masculinity and gender studies, political anthropology, state formation, modernity and the nature-culture divide.

2019 Friluftsliv in transition: first impressions from the field. Presentation at seminar at the Department of Social Anthropology, University of Bergen, 9th september.

2018 "I am not a cop": Doing fieldwork with the police in Rio's favelas. Presentation in panel Ethnography and Conflict in Latin America, NOLAN Conference. Oslo Metropolitan University, 25th October.

2018 Kjønnsperspektiv i forskningen. Presentation at the Department of Geography, UoB, 8th mars.

2018 How to integrate gender perspectives in research towards the SDGs. Presentation at workshop on Critical approaches to gender, sustainability and futurity, at the SDG 2018 Conference in Bergen, 9th February.

Fall 2021: Guest lecturer in SANT105 Power: its articulations and disguises at the Department of Social Anthropology, UoB

Fall 2020: Guest lecturer in SANT105 Power: its articulations and disguises at the Department of Social Anthropology, UoB

Fall 2017: Seminar-leader and guest lecturer in KVIK 102: Equality and diversity at the Centre for Women's and Gender Research, UoB.

2016 Security and Policing in Rio de Janeiro: An ethnography of the Pacifying Police Units. M.A. thesis, Department of engeneering and security, University of Tromsø.

PhD-project at the Department of Anthropology, University of Bergen

My PhD project focuses on the affective and aspirational dimensions of mountaineering in western modernity and examines how people try to create happiness and well-being for themselves through regular immersions in the mountains. Through multi-sited fieldwork in Southern Patagonia (Argentina), Svalbard (Norway), and mainland Norway, I am particularly concerned with the gendered dynamics of these activities, in their importance in the symbolic construction of gendered and national identities, and in their relation to changing understandings of happiness and the good life at a moment in a time characterized by dystopian imaginaries of a future of ecological and social collapse.

Algorithmic Governance and Cultures of Policing (2020-2023)

Police departments across the globe are embracing artificial intelligence (AI) to support decision-making in preventing crime and disorder. The use of digital technologies and the growing role of private security, tech, and consultancy companies, are reshaping policing and the ways in which we ensure social order and security, enforce law, and prevent and investigate crime. However, this ongoing radical transformation of cultures of policing is little understood. To change that, AGOPOL brings together a team of 15 established scholars and researchers from cultural and area studies, anthropology, criminology, sociology, history, literature, and law. The project is based on qualitative and ethnographic research on policing in Norway, Russia, India, Brazil, and South Africa. Drawing on these cases we will analyze the global cultural transformation of policing as an effect of the intertwined processes of datafication, securitization, and commodification of security. Our analysis will shed light on the diverse consequences of algorithmic governance for society, police forces, and those policed: from the transformation of knowledge cultures and organizations, to algorithmic injustices and their impact on legitimacy and societal trust. We will develop a comparative cross-cultural analysis of policing as a global digitized project. This will produce knowledge on the ways in which advances in artificial intelligence shape policing in different cultural, political, legal and economic contexts.