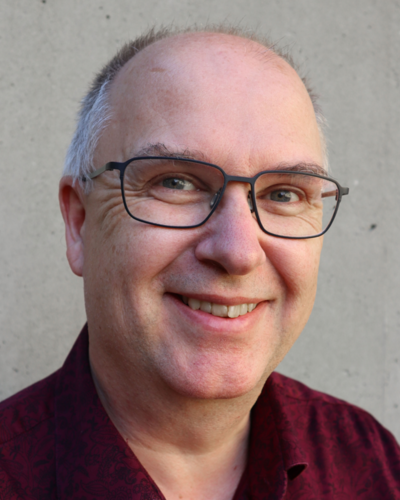 My main field of research is Norwegian grammar and to some extent the grammar of other Nordic (Scandinavian) languages. I study the language system both from a synchronic and from a diachronic perspective.

I’m particularly interested in how cognition is a foundation for grammatical structures, and this is reflected in my orientation towards usage-based cognitive linguistics.

I’m a member of the Research group for Nordic languages.

‒ Words with suffixation in -vis (like vanligvis ‘usually’, innledningsvis ‘as an introduction’, gruppevis ‘in groups’, tusenvis ‘thousands’). I conducted the first large synchronic study of such words in Norwegian (and Scandinavian) and the only diachronic study so far. These formations are mostly borrowed from German languages but have also undergone innovations in the Scandinavian languages. Among the formations in -vis are compound nouns and derived adverbs and adjectives. But I have demonstrated that, during the last few centuries, a brand new inflectional feature has evolved, viz. a plural of abundance, exemplified by forms like tusenvis ‘thousands (and thousands)’ and årevis ‘years (and years)’.

‒ Pseudocoordination in the Scandinavian languages. These are expressions like for instance

Pseudocoordinations are constructions that we use to present two subevents as one complex event. For example, ‘Lisa went to the store’ can be one event and ‘Lisa bought fish’ another. But the sentence Lisa gikk i butikken og kjøpte fisk refers to one event. This is clear from the fact that the buying is understood to take place at the time of the visit to the store, and also specifically in the store ‒ although this is not expressed explicitly.

‒ NPN constructions in Norwegian (expressions like ansikt til ansikt ‘face to face’, dag etter dag ‘day after day’, skritt for skritt ‘step by step’). Such expressions have never been studied in Norwegian before. I’ve done a large corpus study and analysed the syntax and semantics of the expressions.

‒ Pseudopartitives (also known as measure noun constructions, i.e. expressions like tre liter (med) vann ‘three litres of water’, en haug (av/med) poteter ‘a pile of potatoes’). This was my doctoral project. It was the first large empirical study of such constructions in Norwegian, with a focus on the difference between no preposition between the nouns (en haug poteter), the preposition med (en haug med poteter), and the preposition av (en haug av poteter). It was one of the earliest usage-based cognitive dissertations in Norway. The dissertation also includes analyses of the Norwegian numeral system, employing addition (expressed for instance through coordination) and multiplication (expressed for instance through plural nouns).

‒ Historical first-name geography. This project was methodologically innovative in that I ‒ most likely as the first in the world ‒ applied cluster analysis to large onomastic data sets to uncover geographical structure in the use of first names. In this way, I was able to map out anthroponymical regions in Norway at the beginning of the 19th century.

Ongoing PhD projects where I am primary or secondary supervisor:

Completed PhD projects where I was primary or secondary supervisor:

Ongoing MA projects where I am primary or secondary supervisor:

Completed MA projects where I was primary or secondary supervisor: