Robert Bjerknes is appointed Vice-Rector for Interdisciplinary Affairs and Large Projects for the period of 2017-2021.

The Vice-Rector of  Interdisciplinary Affairs and Large Projects is responsible for following up on the University's strategic areas and the establishment of knowledge clusters as one of several key instruments in the development of the Institute's research, innovation and education. Other tasks are the development of the university's infrastructure, including the position as chairman of UiB's infrastructure committee, and to lead the work on innovation and area development at UiB.

Robert Bjerknes is professor of paediatrics. He has been head of the Institute of Paediatric at UiB, as well as member of the faculty board and vice dean at the Faculty of Medicine and Dentistry. Bjerknes holds an adjunct position as senior consultant in paediatric endocrinology at the Department of Paediatrics, Haukeland University Hospital.

In his research, Bjerknes has mainly worked with host defence and endocrinology.  He has published more than 125 scientific articles, book chapters and popular science articles, as well as edited books and reviews. In the last years, Bjerknes has focussed particularly on issues related to growth and bone disease in children. This includes the establishment of “The Bergen Growth Study”, which has allowed for studies of childhood adiposity and the development of new Norwegian references for childhood growth. Moreover, a national cohort has been established for the study of inborn errors of phosphate metabolism, which has formed the basis for genetic and metabolic studies of familial skeletal diseases.

Robert Bjerknes participates in research collaborations in the Nordic countries and in Europe, has long experience as a supervisor for PhD students, and participates in several committees and boards. Bjerknes was head of the Department of Paediatrics, Haukeland University Hospital from 1999 to 2007. Until recently, he also coordinated the multi-regional treatment function for children born with disorders of sex differentiation. 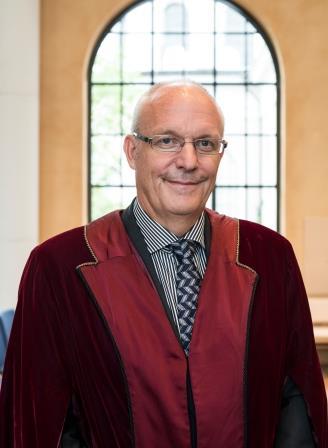