Alpine plants are plants that primarily grow above the altitudinal tree-line in the mountains of the world where they experience extreme cold, much snow, high winds, some shortage of water, short growing season, low nutrients, high UV irradiance, and low atmospheric pressure. Mountains occur on all the continents and alpine ecosystems occur in all the terrestrial biomes. They are unique in occurring world-wide at all latitudes but at different elevations - low elevations at high latitudes, high elevations at low latitudes. Alpine ecosystems and their biota are thus a 'natural' experiment for ecologists interested in biodiversity and life in extreme conditions.

Alpine environments cover about 4 million km2 which is 3% of the land. Only 18% is in the Southern Hemisphere. They hold about 60% of Earth's fresh water in the form of snow and glaciers and provide water for half the world's population, directly or indirectly. The alpine vascular plant flora consists of 10,000-15,000 species in 2000 genera and about 100 families. They represent about 6% of the world's flora even though alpine areas occupy only 3% of the land.

Alpine plant diversity at the global scale is slightly above average. At a regional scale it is high compared to temperate areas. At a micro-scale (1m2) it has the highest diversity of anywhere with 50-60 species per square metre as a result of the high micro-habitat differentiation in alpine landscapes. Alpine regions and their biota world-wide are under threat from global warming, land-use changes, atmospheric nitrogen deposition, tourism and ski development, hydroelectric development, and introduced species.

Since 1965 John and Hilary Birks have organised or participated in more than 60 alpine botanical expeditions to mountainous or arctic areas around the globe and have plans to visit some new areas over the next few years. Detailed species lists, reports, habitat notes, maps, and images for each expedition have been archived and are providing important information about floristic and vegetational changes. Write-ups from a selection of the expeditions can be found here.

Financial support for some expeditions has been received from the Tibet-Norway University Network, the Alpine Garden Society, Chinese Academy of Sciences, and NFR. 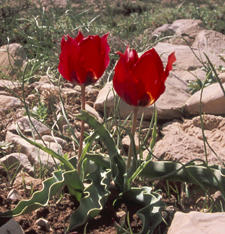