Climate is an important factor controlling growth and distribution of plants. If climate changes, this may have considerable effects on vegetation. Especially as observed warmer temperatures over the past decades may cause plant species to expand in growth and to move polewards and/or move uphill. It is assumed that these effects may be especially obvious in arctic areas, where plants are considered highly sensitive as they are more restricted to low temperatures and short growing seasons than in other areas.

Usually the effects of climate change on vegetation are difficult to separate from the effects of other important factors which simultaneously may be influencing vegetation in a specific way. In the Scandinavian Arctic, reindeer grazing in particular may have important effects on species richness, vegetation composition and plant growth. As these effects may confound the effects of climate change, there is a risk that observed changes in vegetation may be misinterpreted. Unfortunately, it is quite difficult to find areas that are not and have not been affected by grazing animals in history, such that their effects can be ruled out. But then there is Jan Mayen.

Jan Mayen is a remote arctic, volcanic island in the North Atlantic. The island is virtually grazer free and direct human land-use has always been minimal. However, the climate has changed. Temperatures have increased remarkably, particularly over the past few decades (see temperature chart). Thus, we are curious to know whether this might have caused changes in the arctic vegetation of Jan Mayen, which mostly consists of slow growing, long lived and robust species.

To explore vegetation changes on Jan Mayen over the past decades, we repeated two vegetation studies in summer 2010. One is the study by Johannes Lid from 1930, who described different vegetation types at different localities distributed over the island. The other is a resampling of the study by Risto Virtanen and colleagues, who surveyed vegetation along an altitudinal gradient at Mt. Beerenberg (0 – 600 m a.s.l.) in 1991. The resampling of these two studies allows us to study vegetation changes over both 80 and 19 years. A comparison of change over two different times in the same region is rare and has never been done in the Arctic before.

The total number of species has not changed over the two time periods. Despite the clearly warmer climate since the last survey on the island, we only found one new species during our four-week stay, namely the Common moonwort (Botrychium lunaria). Summing up the number of species found in the sample plots in the surveys and resurveys also gave very similar numbers. However, we found considerable changes when focusing on frequency of occurrence and abundance of single species. The main trend was that Dwarf willow (Salix herbacea) and some graminoids (e.g. Curved Sedge, Glaucous Meadow-grass) have increased in occurrence, whereas several species growing in snow beds, for example species of Saxifrage, Mountain sorrel (Oxyria digyna) or Starwort Mouse-ear (Cerastium cerastoides), have decreased. This was observed for both time periods. However, when looking at changes in the species co-occurrences, i.e. whether species have changed their companions, no consistent pattern was found for the two time scales.

The observed changes in the vegetation on Jan Mayen may be due to a warmer climate, most likely the increase in the length of the growing season for the species, allowing the plants more time for establishing, reproducing and spreading. Moreover, nutrients may have become more available for nutrient demanding species, such as Dwarf willow and graminoids. In addition to the drying out of snow bed habitats, this might have resulted in an invasion of nutrient-demanding, more competitive species into these wetter habitats, with the decrease of snow bed species as a consequence.

As 80-year changes were only consistent with 19-years changes when looking at changes in frequencies, this implies that long term changes in vegetation are not always predictable from shorter term studies. Thus, it is important to focus on different time scales when studying vegetation changes in the Arctic. 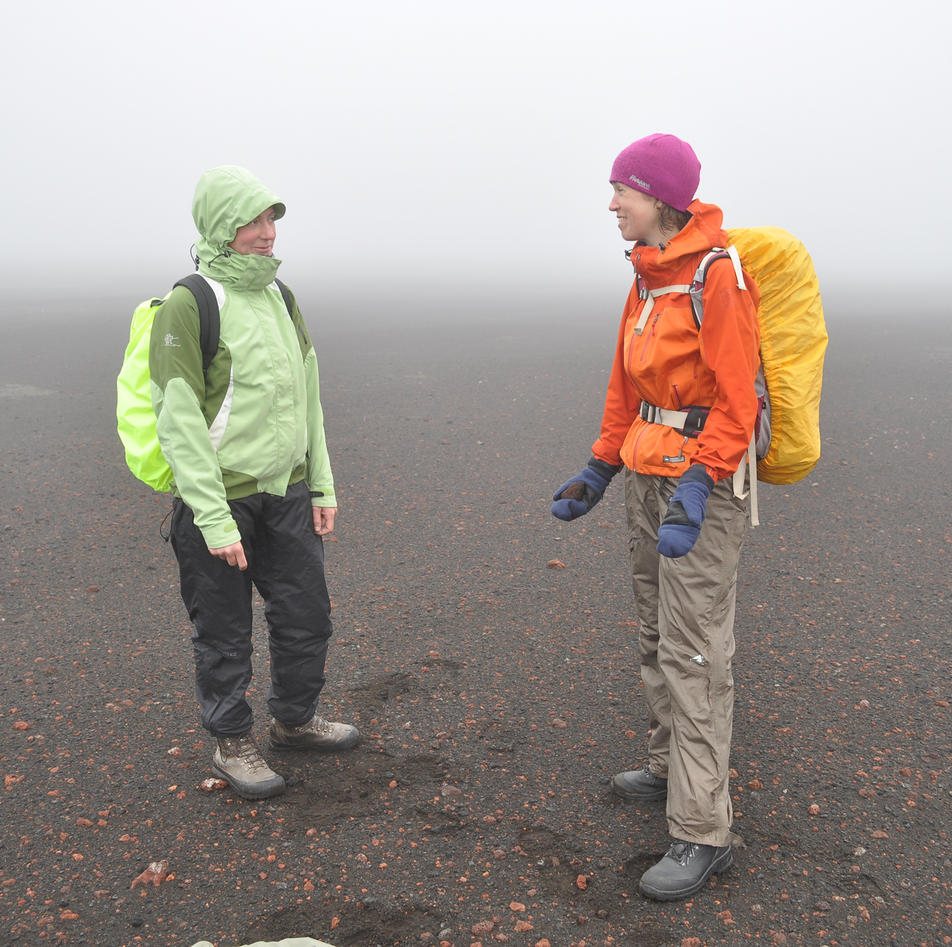