The coastal heath ecosystem is classified as greatly endangered under the EU Habitats Directive. This is because of land-use changes resulting in a dramatic decrease in the utilisation of outfields for grazing. The threatened heathlands are invaded not only by native scrub and trees, but also by large alien coniferous species. Norway is responsible for the management of northern heaths of Europe, but we do not have an official plan to prevent these ecosystems becoming dominated by alien trees. A similar process is found on urban hills where alien conifers are spreading from old plantations (>100yrs). There are three main drivers that change the heathland ecosystems: reduced grazing, increased nitrogen deposition and increased rainfall, especially in winter. These may drive the ecosystem towards a closed forest, i.e. secondary succession. It is likely that the alien conifers will become dominant in this succession and will alter the ecosystem and its function.

The main intruder, Sitka spruce, is a typical autogenic "ecosystem engineer", that has the ability to alter the ecosystem by its own size and structure. Sitka spruce is more shade-tolerant and can potentially grow much larger (2-3 times) than the native trees. It has the ability to change the habitat, increasing suitability for its own persistence while, at the same time, reducing the resources available to other species in the community. We hypothesise that Sitka spruce will be a high-risk alien species according to the criteria given in the Norwegian blacklist, by reducing biodiversity, degrading habitats and altering ecosystem function.

We also know that certain habitats, notably coastal heaths, are open for invasion because of land-use change. The same applies to forests and heathlands in urban hills, where there are many old plantations of Sitka spruce and mountain pine (Pinus mugo complex)

What we do not know is the consequences of the spread of these species for ecosystem services such as biodiversity and landscape diversity, whether ongoing climate change combined with increased nitrogen deposition will accelerate the spread, and what the best measures for limiting the spread and the impacts of these species will be.

(1) Global scale: why do some of alien species suddenly become invasive and dominate ecosystems?

(2) National scale: how broad is the potential distribution of the target alien species? Which ecological risk level should the target species have?

(3) Regional and local scale: do naturalised alien coniferous forests have lower biodiversity than native forests in the same landscape?

(4) County-level: what is the most cost-effective solution to the problem with alien trees? Keep the landscape open through grazing or remove invasive trees for bio-energy?

PhD-fellow Jan Håkon Vikane will do his research with a team of researchers who are experts on heathlands and various species groups. There are also international partners that are specialists on invasive conifers and tree distribution modelling. Jan will try to answer the question ‘do naturalised alien coniferous forests have lower biodiversity than native forests in the same landscape?' (3) and will contribute to this question: 'how broad is the potential distribution of the target alien species?' (2). Heidi Saure, who is studying for a PhD at the NLA Lærerhøgskolen is affiliated to the Invaliens project and will address the impact of naturalisation of Sitka spruce (Picea sitchensis) on biodiversity in cultural landscapes in Western Norway.

The annual workshops will try to answer: (1) why do some of the alien species suddenly become invasive and dominate ecosystems?, and (4) what is the most cost-effective solution to the problem with alien trees? These workshops will be held together with the national experts and international partners who are the leading scholars on invasive conifers and tree distribution modelling.

The project will analyse the effect on habitat and the diversity at different trophic levels to assess the ecosystem consequences. We focus on Picea sitchensi and Pinus mugo, where we will test if areas on islands and urban hills that are dominated by introduced and naturalised alien pine and/or spruce have less biodiversity than comparative landscapes with native forest. Differences in diversity at various trophic levels, such as mosses and vascular plants, beetles and spiders, will provide new insights into consequences at the ecosystem level.

The overall goal for the project is to produce a science-based and user-friendly management plan to mitigate harmful spread of alien conifers. The project leader and the international active partners are members of the editorial boards of Journal of Biogeography (project leadetr), Global Ecology and Biogeography (M. Sykes), Diversity and Distributions (D. Richardson and M. Rejmanek). D. Richardson is Editor-in-Chief of Diversity and Distributions that focuses on invasive biology and conservation biogeography. The PhD-fellow and the international team will publish in these journals as well as journals for applied science such as Forest Ecology and Management and Journal of Applied Ecology. 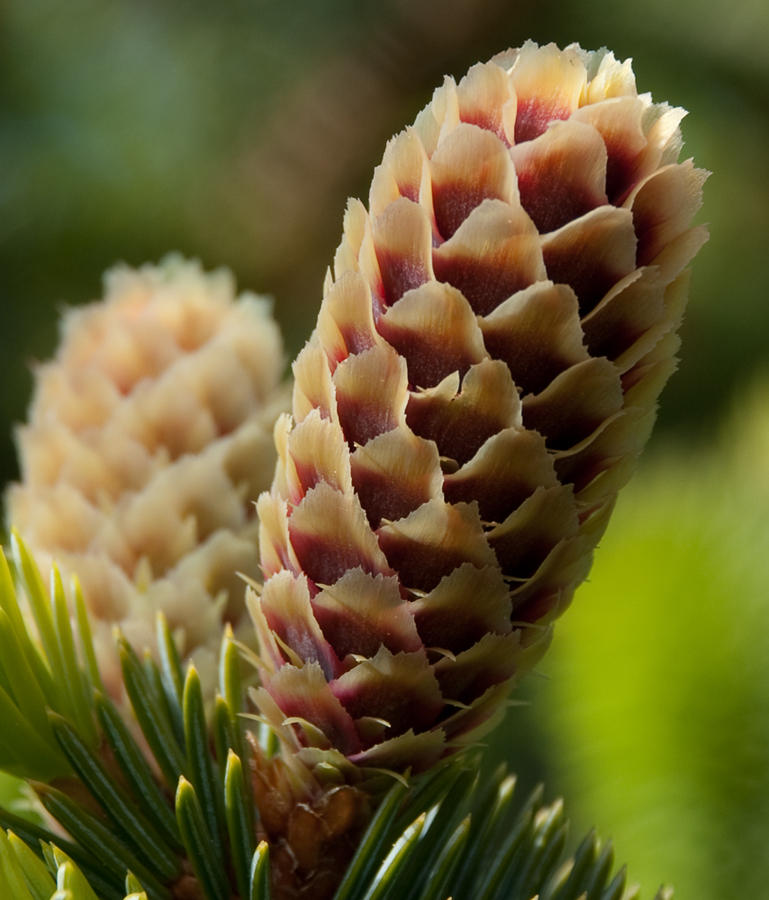