Mire vegetation on the run

Environmental conditions are changing all the time, and basically no biological communities can remain unaffected by this. When looking at terrestrial ecosystems over the last few decades, the direct and indirect effects of human activity have affected both important ecosystem functions and the vegetation. In particular, pollution, habitat changes and changes in land-use and climate play an important role in modifying vegetation. That vegetation responds to these factors is visible, for instance, in plant migrations or changes in the abundances of individual species. Mires are traditionally thought to be stable over long time scales; however, over the past decades several studies have reported considerable changes in vegetation even in these habitats.

In 2008, we visited the Åkhult mire in Småland, southern Sweden, to investigate whether or not changes in vegetation have occurred over the past decades, and why. To do so, we repeated a study by Nils Malmer from 1954. Malmer described the vegetation types of different parts of the mire in great detail. We went to exactly the same area and applied the same sampling methods in order to compare the mire vegetation through time.

Climatic conditions in the study site have changed considerably since Malmer’s investigation in 1954. Mean annual temperatures increased from 5.9°C to 6.6°C. Annual precipitation increased too, and was higher in the 10-year period before our resurvey in 2008 (750 mm) than before 1954 (670 mm). Land-use change has not affected the mire in the periods prior to our sampling or to Malmers sampling in 1954.

We found that the vegetation of the Åkhult mire has changed considerably since the 1954 survey. Several rare mire species, such as the Bog Orchid (Hammarbya paludosa), Rannoch-rush (Scheuchzeria palustris) and Brown Beak-Sedge (Rhynchospora fusca), have decreased or could not be found in 2008. In contrast, several dwarf shrubs and species typical for the surrounding forests have become more common. When focusing on single species, the species were more often found growing together with species of drier and warmer habitats, with shade-tolerant species and species with a higher demand for nutrients. Our analyses can therefore indicate that the main changes have occurred along the gradients of moisture, temperature, light and nutrients.

Why all these observed changes? The most plausible explanation for most of the changes is recent climate warming. It is likely that warmer temperatures not only dried out the mire surface and lowered the water table, but also increased nutrient availability. This enabled the increase of plants better adapted to the new environmental conditions, waving sensitive mire species goodbye.

Malmer, N. (1962) Studies on mire vegetation in the archean area of southwestern Götaland (South Sweden). I. Vegetation and habitat conditions on the Åkhult mire. Opera Botanica 7: 1-322. 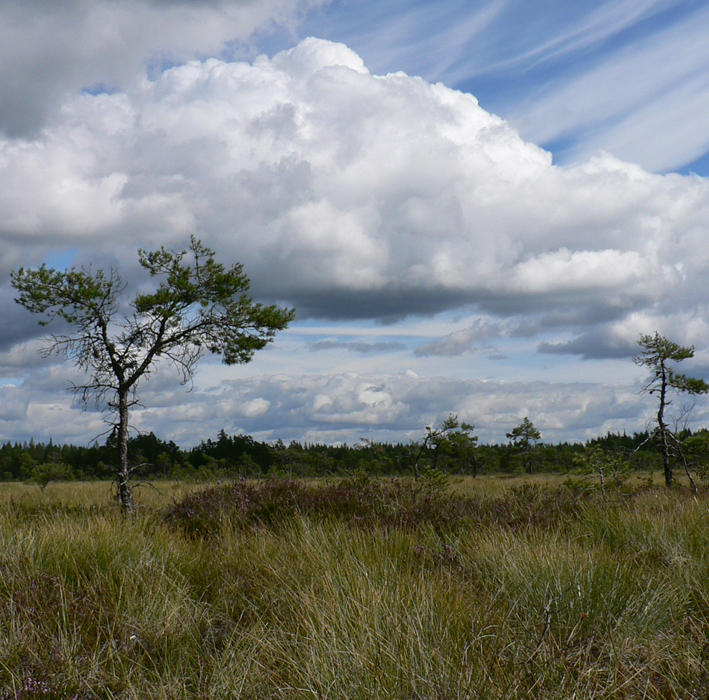