(words and music by Pete Seeger, interpretation in the context of Re-Sample)

“Where have all the flowers gone?

Girls have picked them every one

When will they ever learn?”

If long-term changes in vegetation were understood so easily, wouldn’t that be nice? At least our job would be a lot easier.

But vegetation changes may have several and more complicated reasons. Plants might have disappeared because an area was polluted, or, if it wasn’t girls that picked them, because there was an increase in the number of grazing reindeer. The habitats of the species might have changed with human land-use in favour of species better adapted to the new conditions. Or, the climatic conditions might have changed. Whatever the environmental change, plant species respond to these changes in an individualistic way. In alpine and arctic habitats, where species are adapted to a cold and harsh climate and very short growing seasons, warmer temperatures may force species to move or go extinct. Increased temperatures allow lowland species to colonize habitats further uphill, where it was too cold for them before the climate change. Climate change-induced range shifts like these have been increasingly documented by recent studies from different mountain areas in Europe. In the Scandinavian mountain range (the Scandes), such studies are still rare. To fill this gap, part of the Re-Sample team dispersed into the Norwegian mountains.

We were particularly interested in vegetation changes in the mountain area Sikkilsdalen in eastern Jotunheimen (central Norway). We asked three questions in particular: Have species in Sikkilsdalen moved along the elevational gradient as is reported by studies in other mountain areas in Europe? In which direction have species shifted, if they shifted? And, what are the reasons for the observed range shifts?

To answer these questions, we went out to walk in the footsteps of Rolf Nordhagen, who in the early 1920s described all different vegetation types in Sikkilsdalen. We sampled vegetation in the same vegetation types as Nordhagen did 86 years ago. To enable studying changes in the elevational distribution of species, we also measured the elevation where we were sampling.

By comparing the elevational ranges of every species in 2008 with those in the 1920s, we found that most of the species studied have moved uphill in Sikkilsdalen. This upward trend was detected when looking at both the species optimum elevation (which is the elevation at which a species most frequently occurs) and the minimum and maximum elevation where species were found to occur. However, a few species were found to have moved downhill.

These observed changes may be explained best by recent climate change. Over the time period considered, both spring and autumn temperatures have increased markedly in Sikkilsdalen. This warming may have changed snow cover patterns over time by higher melting rates in spring and later snow cover in autumn, resulting in longer growing seasons for plants. This might explain why species dependent on long snow cover, such as Arctic Hare’s-foot (Carex lachenalii) or Two-flowered Rush (Juncus biglumis) are found to have major upwards shifts in optimum elevation, whereas species of more exposed sites (e.g. Mountain Bearberry Arctous alpinus, Highland Rush Juncus trifidus) have not changed.

What do we learn from this?

As changes in minimum, maximum and optimum elevation were independent of each other, this might tell us that different forces are acting on plants along an altitudinal gradient. At the upper end, also called the cold end of the gradient, climate factors may play a more important role, whereas at the lower end competition between species might control species migration uphill or downhill.

So one or the other might still insist on girls being the reason for flowers having disappeared. However, after all we have found out we think the answer to where and why the flowers have gone is obviously more complex. Sure, it has to be. 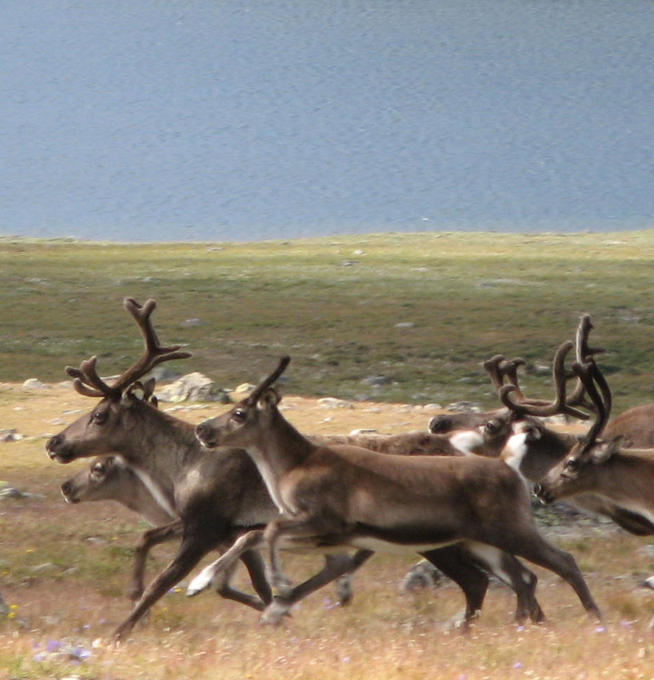