Taking Mussels to the Dentist

A serendipitous visit to the dentist may have rescued a valuable fresh-water mussel population!

When Per Johan Jakobsen recently visited his dentist, the office small-talk may have resulted in a cross-disciplinary solution to Jakobsen’s mussel problem.

Jakobsen is leading research work into the re-stocking of fresh-water mussel populations back into rivers. River ecology, however, is highly regulated and populations from one river must not be introduced into another. Thus researchers must try to build up a genetically diverse population from the residual populations found in each river location.

Fresh-water mussels are interesting invertebrates. In addition to producing high-quality fresh water pearls, many of which have adorned European royal crowns, fresh-water mussels are believed to be one of the longest-living invertebrates in the world, some living over 200 years. They require clean, moving water, and clean, gravely or sandy substrates. In the summer, each female is capable of releasing 1-4 million miniature mussel larvae, about 0.07cm large. When newly released the larvae must spend a critical few months in an oxygen-rich environment, parasitically attached to the gills of trout or salmon. Only a few thousandths of the millions released end up being inhaled by fish.

It is a lifestyle that is vulnerable to environmental changes, such as result from agricultural activities, urbanisation, acidification, modifications to the water course, etc. While Norway is still believed to have the greatest number of fresh-water mussels in Europe, many individual river populations are declining.

The mussels that visited the dentist were collected from Utvik River in the county of Nord Trøndelag. Jakobsen says that he found a much reduced population of only 73 very old individual mussels in the river there. Anton Rikstad at Nord Trøndelag County Administration collected 30, which were then brought to the lab’s breeding facility.

This year researchers succeeded in having 14 of these mussels breed, but in order to provide the population with the maximum possible genetic variability they would very much like to breed remaining 16 next year. The larvae released by the brood stock are maintained in incubators at the lab. Researchers keep them in quarantine for about a year, after which they are large enough to have a good chance of survival after they are re-released into their home river.

Jakobsen believes that the 7 mussels that he brought to the dentist could have been up to 150 years old! His concern was, however, that their old shells were beginning to develop holes. In mussels, holes that erode completely through the shell can create regulation problems and will eventually kill them. Jakobsen feared that the 7 of the group of 16 had holes that would prove fatal before next year’s breeding season.

Using the latest in dentistry

Trond Grindheim has a dental clinic on Strandgaten. He also instructs one day a week at the Department of Clinical Dentistry. Grindheim explained that a mussel shell and human teeth have many similarities – thus the techniques for repairing holes in teeth might very well be able to be used to fill holes in shells!

The lucky mussels did not have just any filling technique; they received some of the latest developed composite material for their fillings. According to Grindheim, he material is about 50% plastic. The other 50% is a complex composite of materials and chemicals, including nano materials. Developed in Japan, the material also has a chameleon quality that enables it to blend in with the colour of any surrounding material over time.

The filling technique begins with an acidic wash. The weak phosphoric acid gel dissolves and cleans the hole surface leaving a porous surface that the filling material can better adhere to. A first fluid plastic fill creates an adhesion surface between the filling and the natural surface. This is cured using pure blue light, which has the wave length required for the chemical transformation. The final chameleon filling layer is then added and cured with the same blue light.

Now the researchers just have to wait and see if the “filled” mussels will make it through the winter and be able to breed next summer.

Watch a video of this story (in Norwegian) 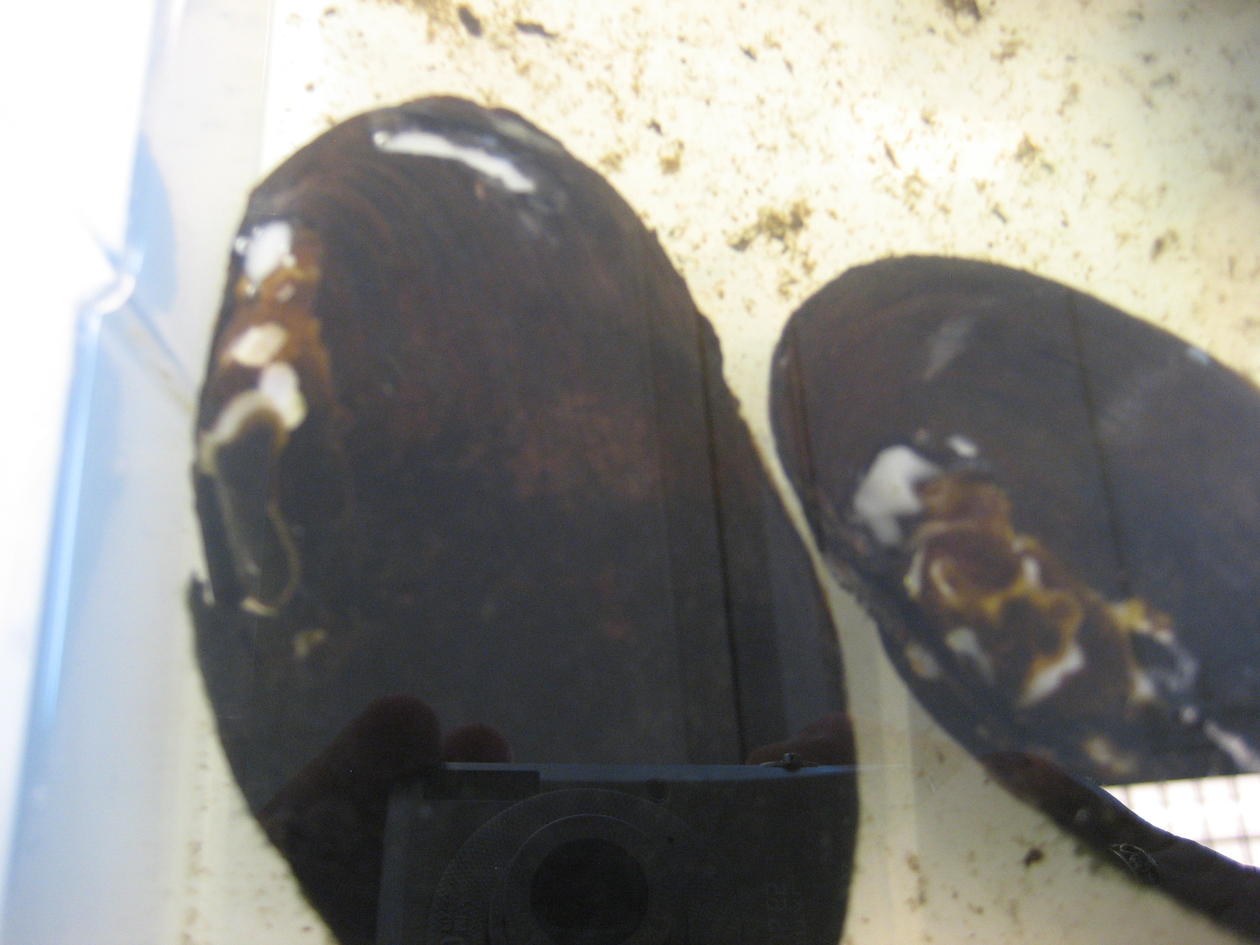 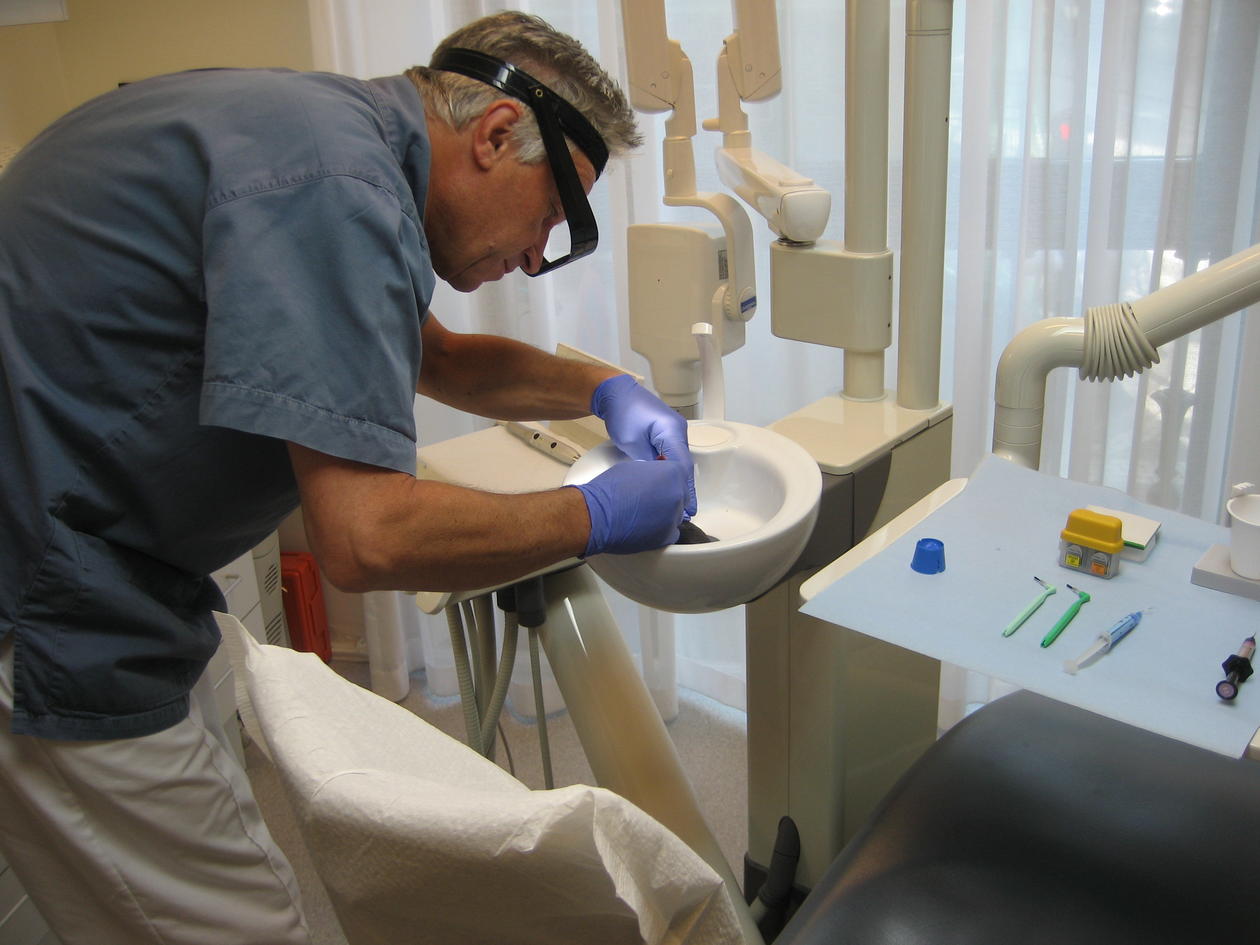 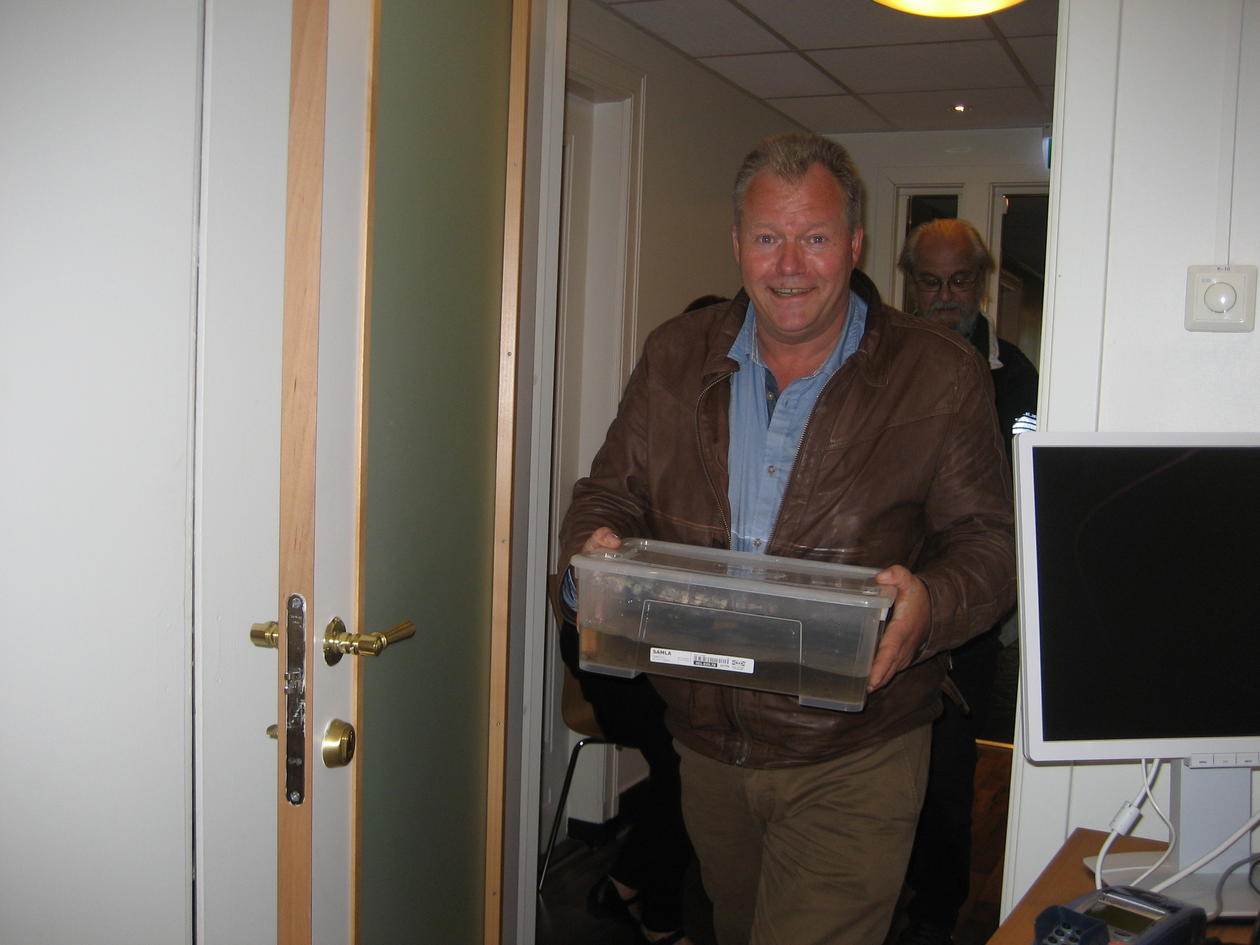