A krill hotspot in the Antarctica was identified as a spawning area and located in cold water near the continental shelf edge of the South Orkney area, while salp hotspots were located in warmer and deeper waters. These findings are recently reported by Torborg Rustand in her Master thesis

Torborg has been studying the distribution of macro-zooplankton and their relation to environmental variables in the South Orkney area of the Antarcica, during the El Niño year of 2016. She collected her own samples during a research cruise to the Antarctica (see her expedition diary - links below). The happy conclusion of Torborg’s work was achieved on 20 June when she obtained her Master degree in Marine Biology. Her work is relevant for management practices for fisheries and conservation of marine mammals. Her work is also relevant for questions regarding potential consequences of climate-induced ocean warming.

In her field collections, Torborg found three different macro-zooplankton communities; one consisted of Euphausia superba, another of Vibilia antarctica, Themisto gaudichaudii, Thysanoessa macrura and Salpa thompsoni, and the third of Calycopsis borchgrevinki, Diphyes antarctica and Champsocephalus gunnari. The dominating species in biomass and numbers were S. thompsoni and E. superba, which also showed spatial segregation. Torborg was able to identify hotspots using kernel density estimation (in R) for salps S. thompsoni and krill E. superba. These indicated an inverse relationship, and on sites with high densities of krill, there were low density of salps and vice versa. Salps appeared in warmer and more saline waters than krill which appeared in colder and less saline waters. The krill hotspot was located in the continental shelf edge, while the salp hotspot was located over deeper waters.

Krill inside the hotspot were larger, consisted of a higher proportion of mature individuals, and had a higher female to male ratio compared to other trawl stations. Torborg’s data show that the majority of the individuals inside the krill hotspot were in active reproductive stages. This indicates that the krill hotspot was a site of reproduction, and that it perhaps could be an important spawning area. Her thesis discusses the species distribution and relative dominance of salps is with respect to the particular El Niño conditions, along with potential future implications. 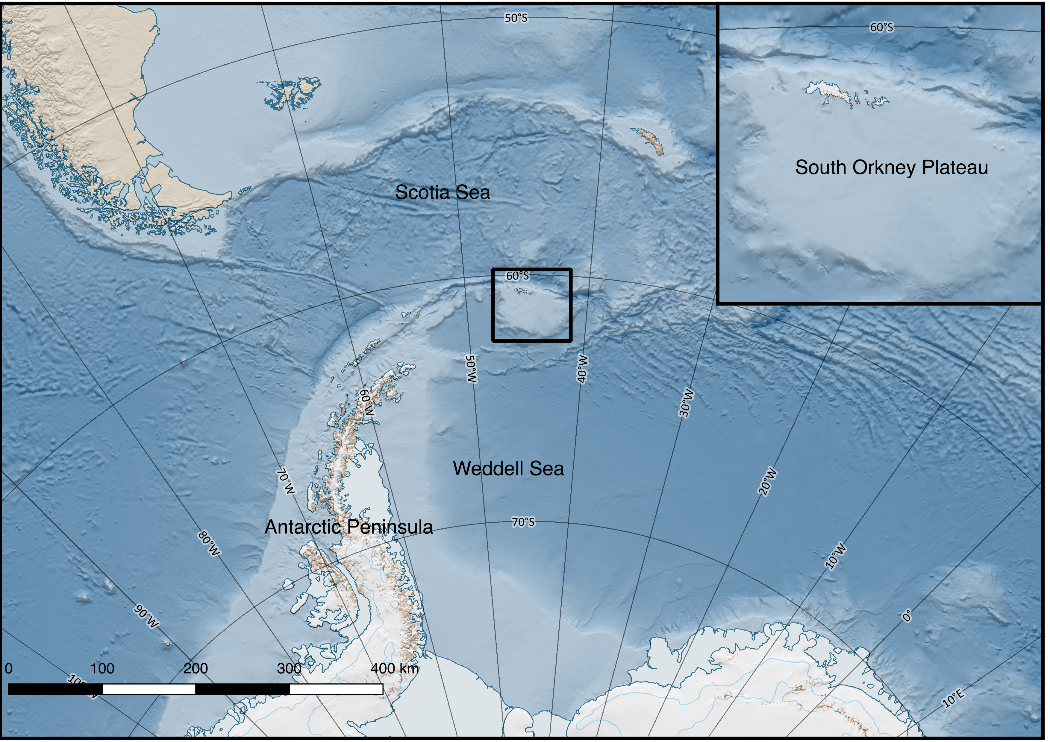 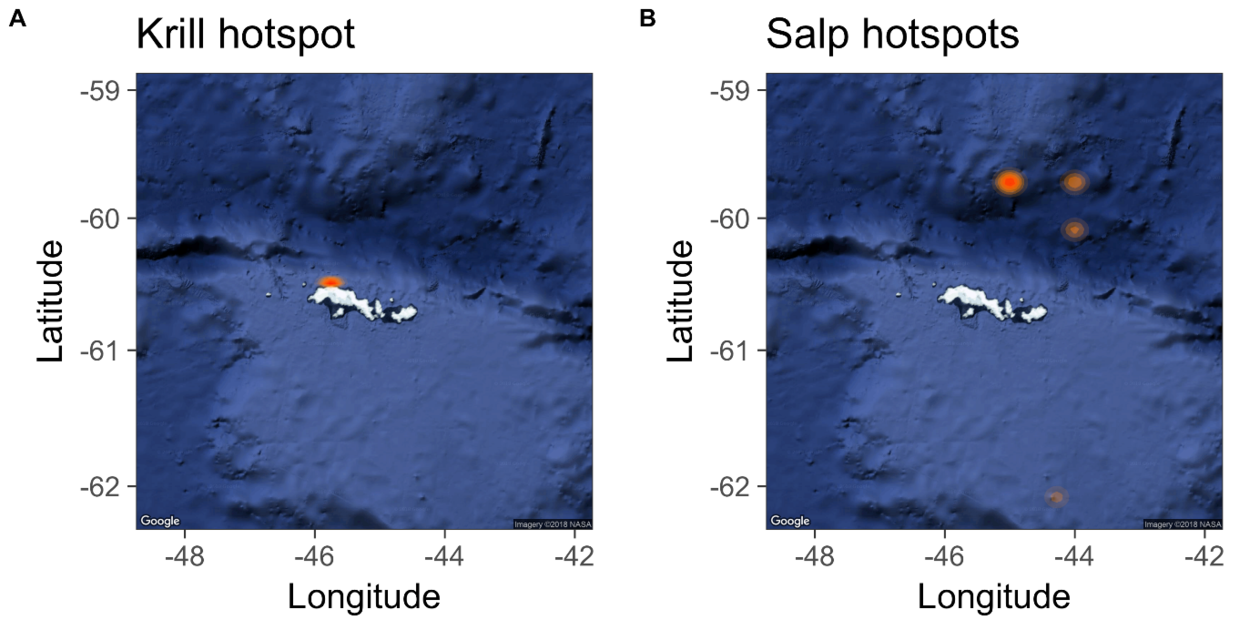 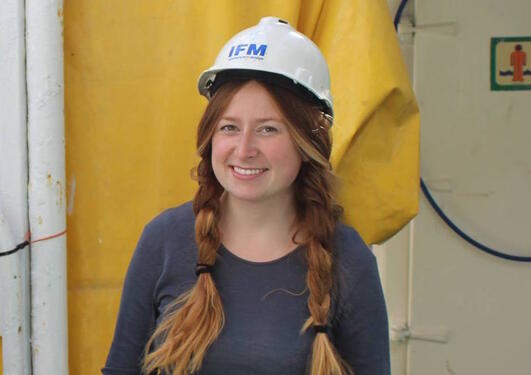 Torborg Rustand is heading to the Southern Ocean where she will be collecting zooplankton samples for the Master project. 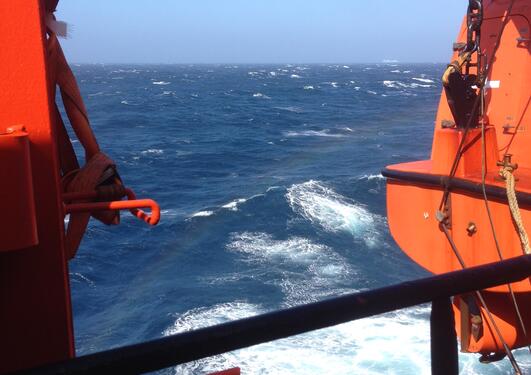 From Montevideo to the South Orkney Islands

Torborg's Master thesis in the Southern Ocean: Letter 6.2.2016 — From Montevideo to the South Orkney Islands 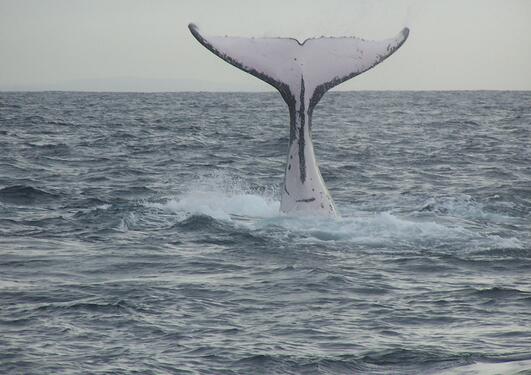 Trawling in the Southern Ocean 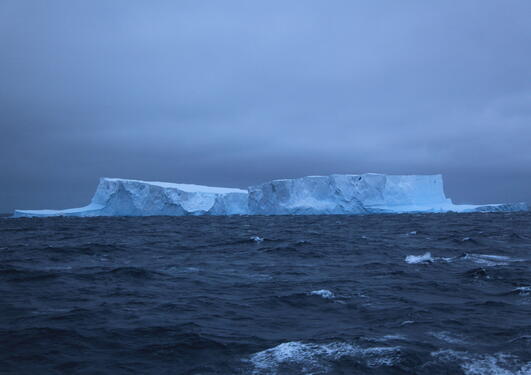 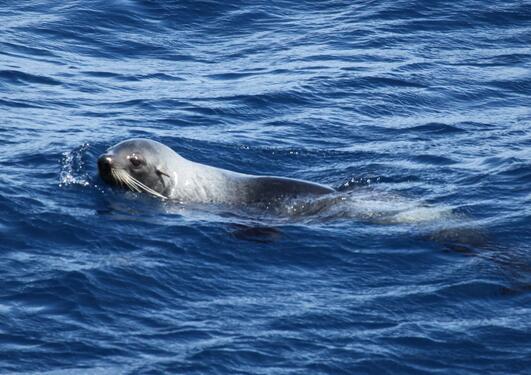 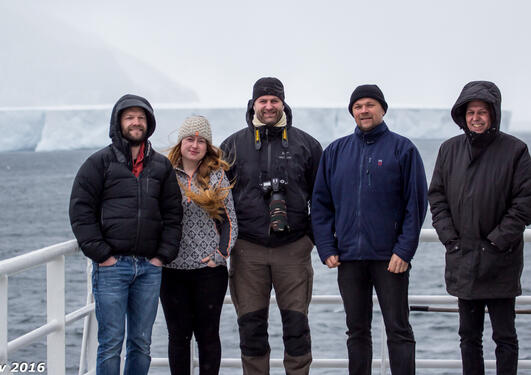