Evolutionary ecology in the Benguala system

The Benguela ecosystem lies off the coast of Namibia. It is home to African bearded goby, a fish that shows remarkable adaptations to this special environment.

This “breathtaking” fish helps to redress the balance in an overfished ecosystem!
Photo:
ACU Palm

Since 2003 Anne Christine Utne Palm and Anne Gro Vea Salvanes have been engaged in a study of the African bearded goby, Sufflogobius bibarbatus. The project is based on research collaboration between Prof Mark Gibbons, University of Western Cape, South-Africa and Senior scientist Bronwen Currie, Namibian Institute of Marine Research, and has been supported by a South African and Norwegian collaborating research program.

This research has grown in to a multidisciplinary project where we have studied the biology and ecological importance of S. bibarbatus.  In our curiosity to find out the role of this unusual fish in this ecosystem, our research has grown in to a multidisciplinary research with many expert partners (Prof Stein Kaartvedt, KAUST, acoustic expert; Prof Gjöran Nilsson, UiO, expert on fish’s tolerance of hypoxia).

The bearded goby is only found on the hypoxic coastal shelf outside Namibia and South-Africa. Since the collapse of the sardine fisheries, this goby has become the new predominant prey species for larger fish, birds and mammals in the region.

Our research provides evidence to how this unusual little fish survive in an environment that is toxic to other fish and shellfish. Findings changes today's understanding of structure and functioning of the marine food-chains. Until now one have believed that fish could not survive in an environment of sulphide rich mud or between stinging jellyfish. But the bearded goby has adapted tolerance to these extreme environments:

During the day the goby sits on the hypoxic and sulphide rich bottom, where it holds its breath while feeding on the sediment and animals living within it. At night it swims up in to the more oxygen rich water, where it reoxygenates its body and digests its food.

You can read more about this story in How a Little Fish Keeps Overfished Ecosystem Productive (Science News item written by Elizabeth Pennisi), or in the research article published in Science (July 2010) Trophic Structure and Community Stability in an Overfished Ecosystem by Anne Christine Utne Palm, Anne Gro Vea Salvanes and others.

To take this research further we are now developing a research program and will apply for a grant (submitted to the Norwegian Research Council) to investigate in greater depth the biology of S. bibarbatus. In the next stage we will focus on reproduction, how it copes with hypoxia and H2S at different developmental stages, what triggers its diel vertical migration. 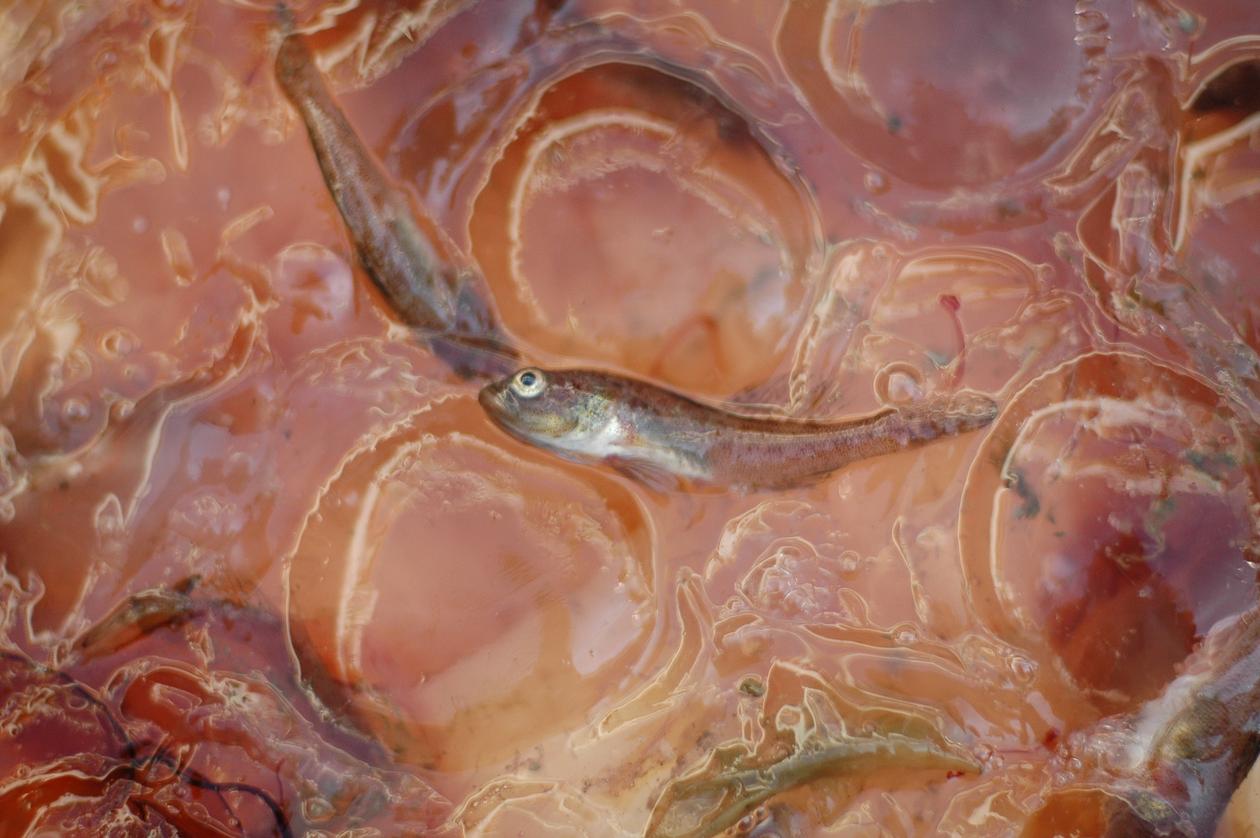