After five long days of fishing guppies in the lab, EvoFish switched to bigger targets. Sea fishing turned out to be a lot more eventful than guppy fishing.

EvoClimbing - here Andria on his way up, and Mikko belaying
Photo:
Shen Gongming

On Saturday afternoon a group of six EvoFishers took course to Sotra, an island southwest of Bergen, directly facing the North Sea. The plan was to do some fishing and climbing, and be back in town in late evening, unless we would get wet, hungry, or bored. We got neither bored nor hungry, but some of us got wet. Very wet.

Weather was favourable. We set up a top rope for climbing a route that was manageable except in the very end that beat most of us. Meanwhile, the fishers caught several nice specimens of various gadoids (cod, saithe and pollack) and an odd mackerel. Most of the catch was fried on the spot, to great gastric satisfaction.

Momentarily, the presence of the ocean became a bit overwhelming. We failed to appreciate that some waves are bigger than others—with a good margin. We lost the biggest fish to one of the surprise attacks of the ocean (but it was recovered, almost loosing a set of keys in the process). We took notice, and moved things higher up. However, an even bigger wave came, and we lost the big fish again (only to be recovered again). We took notice, and moved things even higher up. The final attack was quite a monster, and the sea managed again to retake some of the fish, and something that was not hers, namely a pair of shoes. Rescuing the shoes resulted in a near complete bath, but was ultimately successful. 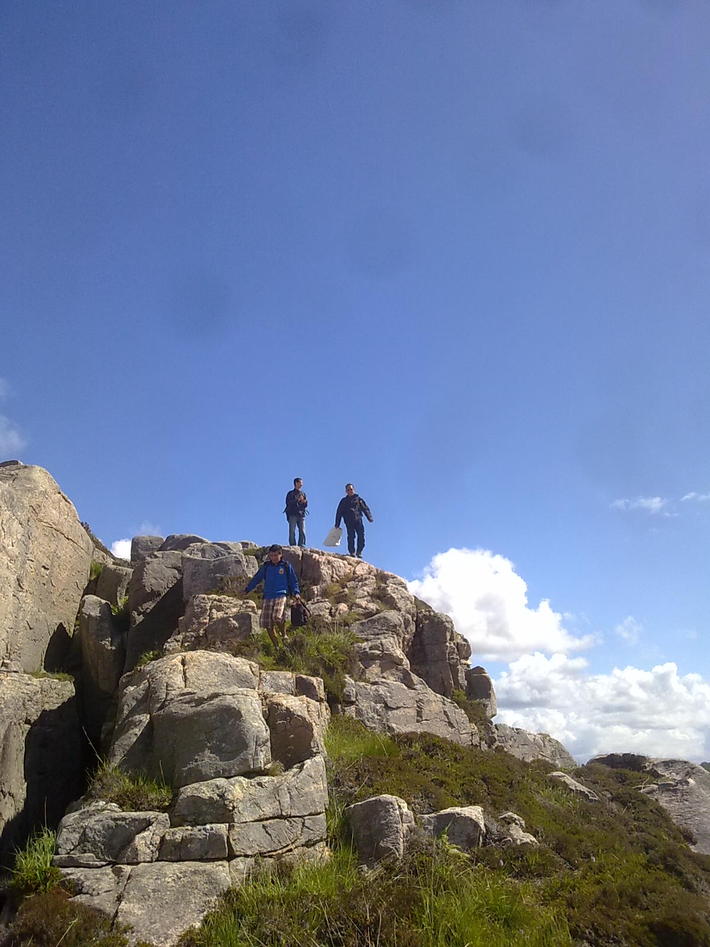