The stratigraphic record of a sedimentary basin is the combined record of tectonics, climate and base-level change. These factors combine to determine the nature of the erosional, transport and depositional systems, controlling the character of the basin fill both spatially and temporally. The source-to-sink (S2S) approach views erosion, transport and deposition of sediment as one dynamically linked system, and seeks to understand the controls, interactions, coupling and feedbacks between these sub-systems.

The study focuses upon regional scale, S2S systems in modern-day rift settings such as the Red Sea, Rio Grande, and Basin and Range.  Rift basins are generally well studied and facies models well established, however, the majority of studies view individual sub-basins in isolation and rarely take into account the interaction between adjacent sub-basins. Although not ignoring simple footwall-hangingwall relationships, this study places an emphasis on regional drainage evolution, particularly between sub-basins of varying elevations, often adhering to different base-levels.  By examining a number of rift settings in varying stages of maturity, evolution of regional S2S systems is assessed. 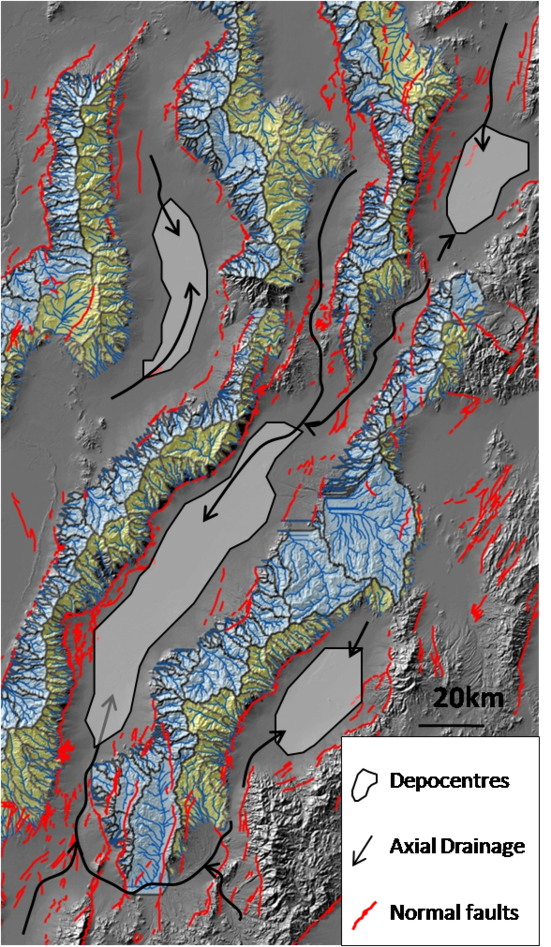