GHP kicking of Day Zero at the SDG 2019 conference with the "Global health priorities explained" seminar.

Can science come up with answers on who should have the highest priority? Is it possible to design fair solutions in low-income countries, where budgets are scarce?

In conversation with research coordinator Linn Knudsen, Ingrid Miljeteig, Muluken Haile and Ole Frithjof Norheim were challenged to explain what global health priorities is about. With hands-on experience from Ethiopia,  they talked about priorities and ethical dilemmas in the doctor and patient meeting and in the financing and design of healthcare policies in low income countries.

This conversation formed part of the Day Zero on 6 February of the annual National SDG Conference Bergen 7-8 February 2019.

This event is part of Bergen Global's ongoing Explained Series, where experts are invited to explain complex themes.

If you want to listen to the whole conversation, you can go to the live recording (Credit to Faculty of Medicine, UiB).

Some highlights of the conversation - from bedside priorites to health policy
Norheim started by explaining the huge global injustice in the world proven by the the high Gini coefficient, showing unequal economic distribution – while also emphasized that  there is a lot of positive development globally.

–The MDGs helped countries in prioritize some major challenges like reducing child mortality and extreme poverty. With the SDGs, the responsibility has now shifted more towards the countries. Our role is to help countries by providing evidence for making better priorities. In the health target, the SDG3, universal health coverage is central. We look at how countries can make fair choices on the path to UHC, by reducing out-of-pocket payment and set priorities that are within reach.

Miljeteig followed up with a story about an example of the worst of, and what happens in the worst consequence when health care is not covered. A heartbreaking story from her own professional life where she, in Addis Ababa, were introduced to an abandoned infant in need of health care. The baby’s mother were facing a post birth psychosis and could not take care of her. The only solution was that the doctor and a family member had to split the bill for the health care costs in order to save the baby. Ingrid’s research shows that this is not an uncommon situation in Ethiopia.

Haile then explained how the public service system in low-income countries like Ethiopia sometimes face limitations in terms of quality of care, and forces health workers to send patient to private care. However, private care is expensive and can lead to a financial catastrophe and poverty. A dilemma many health workers on the grown face in an environment of scarcity.

–It is very difficult for the physician to be the decision maker, and that responsibility is very challenging and stressful. They are asking for clinical guidelines that can help make fair decisions. It is a huge burden on the doctors to say no to patients, Miljeteig commented.

When being asked about how priority dilemmas differ from a high-income country like Norway, Miljeteig pinpointed that while we have a system in place for making priorities, many low-income countries does not have such a system for health workers to rely on.

Haile was then asked to comment on some of the challenges he has faced as a director of Dire Dawa health bureau in Ethiopia. One common priority issue Haile raised was that the physical fasilities are often not in place, and that this is sometimes competing with the need for high quality care. He also touched upon the growing double burden of disease with NCDs (chronic illnesses) on one side and the infectious diseases on the other – leading the conversation towards how health priorities happens at the policy level.

Norheim confirmed the increasing focus on NCDs and the underprioritization of such patients, as the patients suffering from deadly infectious diseases has rightfully had the highest priority until now. Norheim also said that looking at the social determinants of health and putting in place preventative policies should be a higher priority. As a member of the Lancet Commission that looks at NCDs in the poorest billion in the world, Norheim stated the importance of focusing on these chronic diseases, but emphasizes that there needs to be a balance between these, sometimes competing, areas.

–We still have to prioritize to build a system that saves children dying from infectious diseases, also referred to as the unfinished agenda. It is totally unacceptable to allow a situation where children is dying from diseases that we know how to prevent and treat.

Norheim went on, trying to define the methods for priority-setting.

-When we make priorities in a policy level we often rank interventions, patients and policies in an order that is both fair and efficient, but people often ask “How can you say that it’s fair to say yes to some and no to others”? It is important to remember that even if access to health care is a moral right, we need to be realistic on our journey to universal health coverage, especially when resources are scarce. In Ethiopia the government spend 28 dollars per person in health care while we in Norway spend 6000-7000 dollars per person, says Norheim.

–Or research group have been asked by the minister of health in Ethiopia to help them make better priorities and to train people within the ministry so that they can use the right kind of evidence to improve the health system. We therefore established a center for ethics and priority setting in Addis Ababa, where we developed the concept of training of trainers.

Norheim further explained how his research focus on two things: Equity and effectiveness.

–Data on equity can help understand who has best access to services, where a clear social gradient can be seen. The other thing is cost-effectiveness analysis, “value for money”.

–The dominant approach for many actors is to set priorities according to cost- effectiveness, but we strongly believe that we also have to make priorities to achieve equity and to prioritize the worst off. We therefore expand our methods to include all three: cost-effectiveness, reduce inequality and protect against the poverty caused by high out-of-pocket payments. 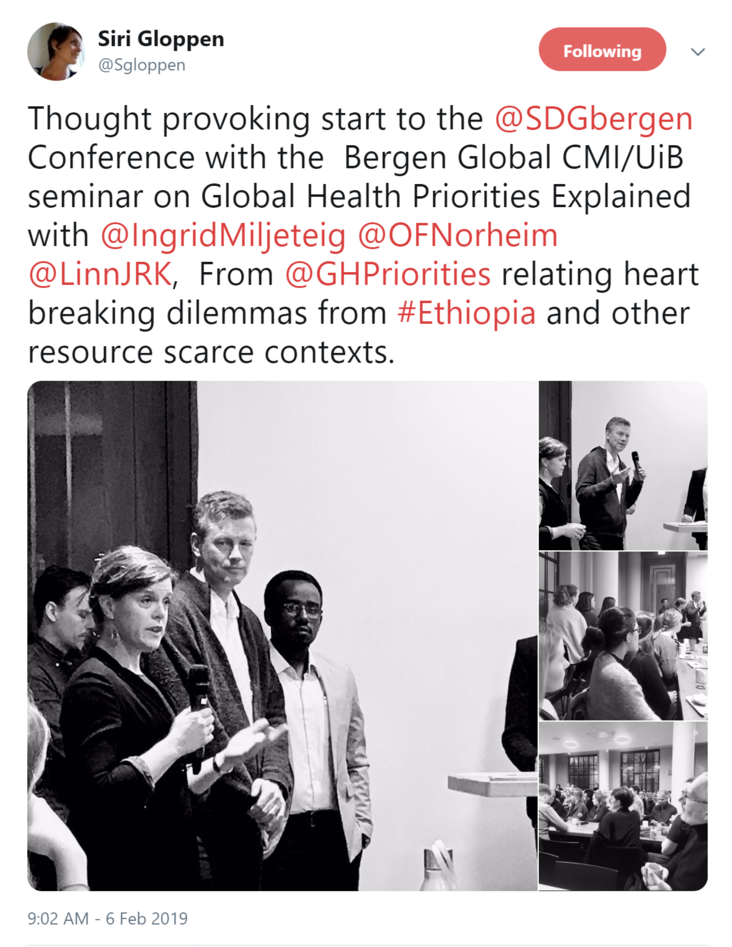 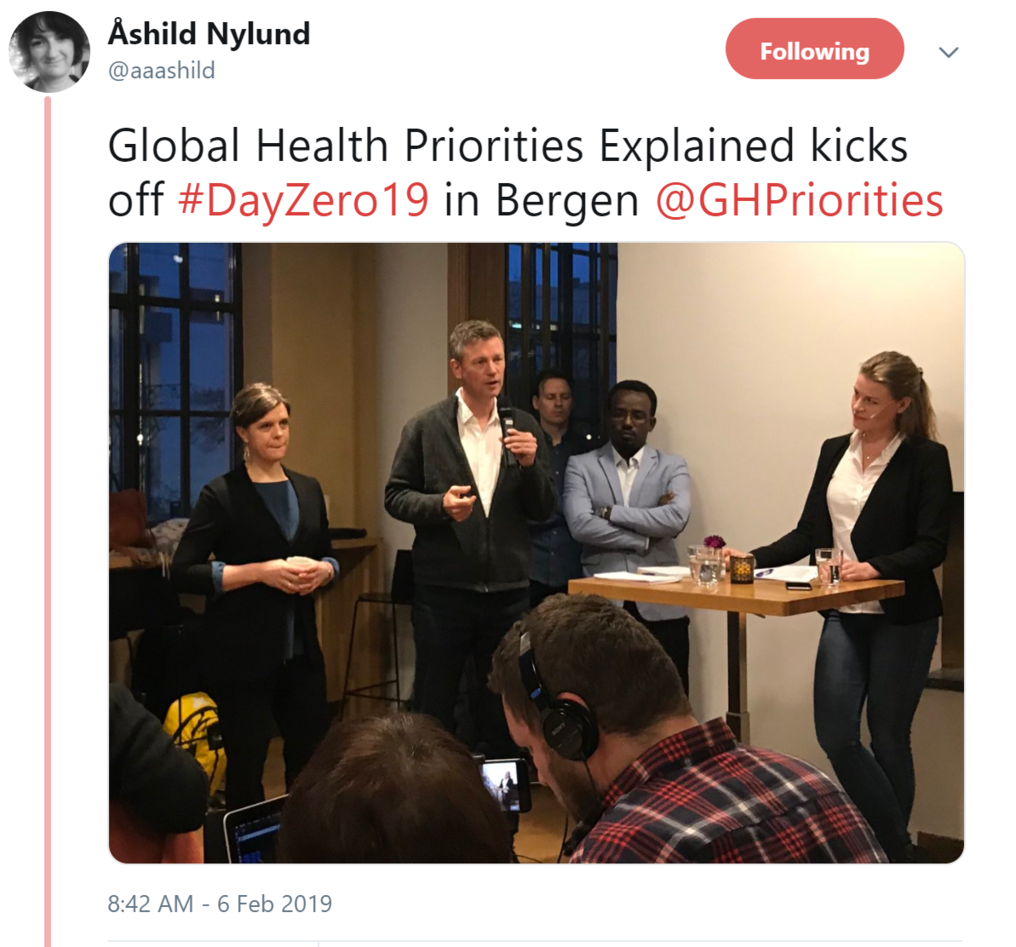 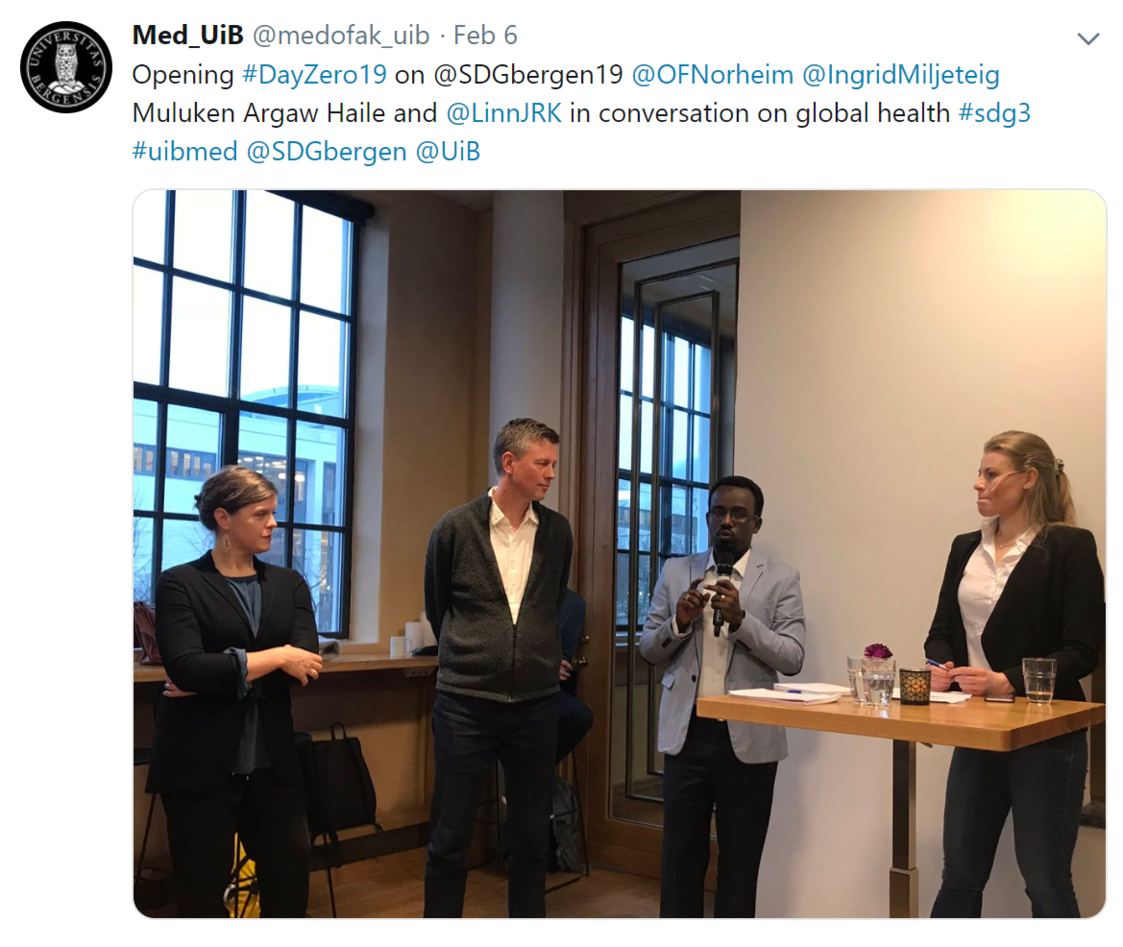 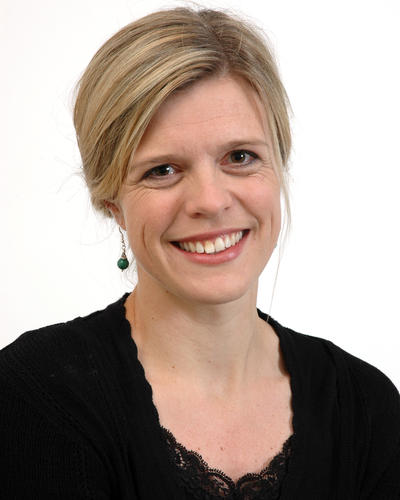