The MUFI character recommendation v. 4.0 (2015) has been edited and published by Odd Einar Haugen on behalf of the Medieval Unicode Font Initiative. This recommendation coordinates the usage of the Private Use Area (PUA) of the Unicode Standard with several other fonts and font projects, notably the TITUS project (prof. Jost Gippert, University of Frankfurt) and Junicode (prof. Peter S. Baker, University of Virginia). The recommendation has been divided into two parts, each containing over 1500 characters, but in different order. Part 1 lists the characters in alphabetical order, beginning with alphabetical characters and then giving numbers, abbreviation characters, punctuation characters, symbols, and finally geometrical and metrical characters. Part 2 lists the characters according to the code charts in the Unicode Standard.

Both parts of the recommendation can be accessed and downloaded from a single permanent URI at the University library in Bergen:

For more information on character encoding and fonts, please visit 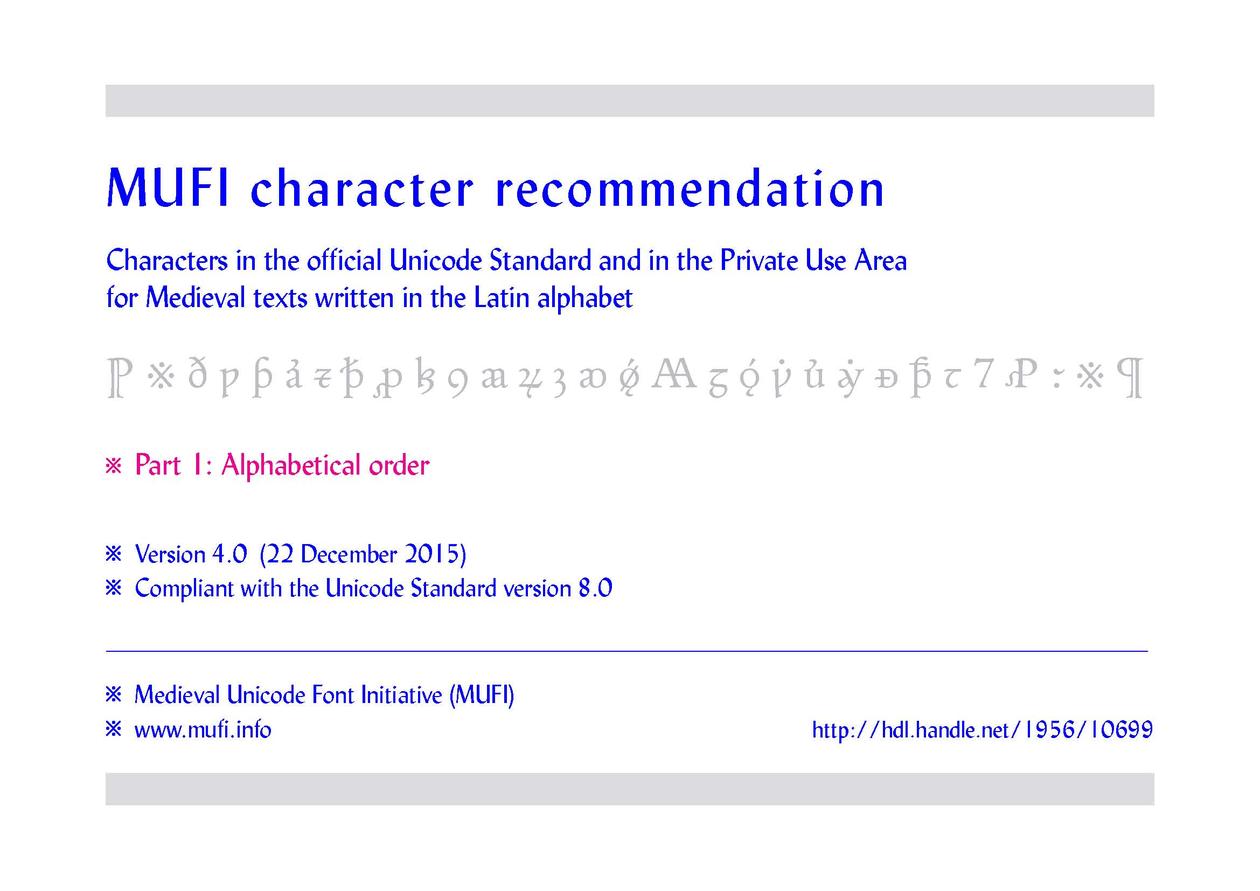 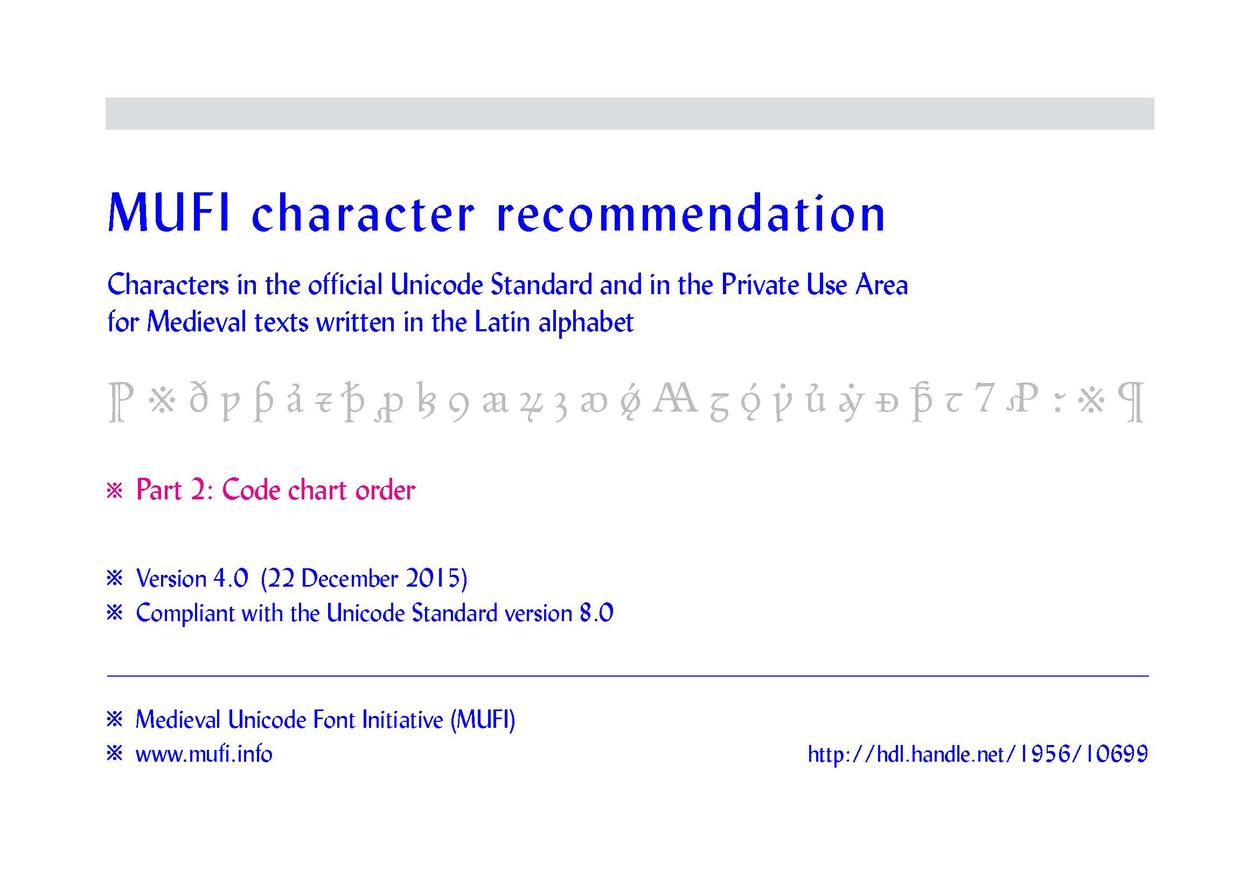