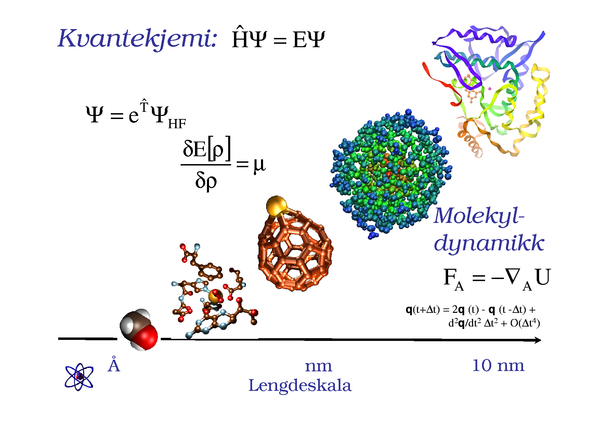 The main tool of the research group is quantum chemistry and molecular modeling, but the group also has expertise in electron spectroscopy and synthesis, characterization and testing of metal-based catalysts.

Most of our research projects combine experimental studies with theory, where the role of theory is to provide insight and to actively predict molecules with interesting properties. The group develops tools and software for in silico prediction of functional molecules.

The activity within catalysis is directed toward development of processes for use and value-added processes of renewable resources such as lignin and lipids from microalgae. With the help of catalysis, such resources can be transformed to biofuel or useful chemical building blocks, such as alkenes, that are currently almost entirely produced from fossil resources. Such building block may, for example via olefin metathesis, be transformed to many different specialty chemicals, natural products, pharmaceuticals, and polymers.