Homocysteine is a well-known marker for cardiovascular disease (CVD). But several clinical trials failed to establish the causal relationship between homocysteine and the occurrence of cardiovascular artery disease (CAD), which means the role of one-carbon metabolism in the pathogenesis of CVD is still uncertain. From this aspect, genetic research may provide more insightful information about the development of CAD since it is less likely to be affected by traditional confounding.

In the folate-mediated one carbon metabolism, there are two enzymes considered to play important roles: methylenetetrahydrofolate dehydrogenase 1 (MTHFD1) and Serine hydroxymethyltransferase (SHMT). MTHFD1 locates at the up-stream of one-carbon metabolism, and has known to be involved in DNA, RNA biosynthesis and epigenetic regulation. There is one single nucleotide polymorphism (SNP) located on the promoter region of this gene, which has been showed in vitro experiments that the mutant type could decrease the enzyme activity to only 38.5% comparing with the wild-type. My project mainly focuses on the association between this SNP and the occurrence of myocardial infarction (MI), as well as the interaction between this SNP and other SNPs in folate network.

Basically, my project comprises of three parts. We first examine the independent effect of this promoter SNP in MTHFD1 gene on the occurrence of MI, mainly by using generalized logistic models and Cox proportional hazard models. And then we explore the potential causal relations by involving other SNPs and clinical parameters in one-carbon metabolism to detect the interactions. For example, we have already researched the relation between this SNP and cellular inflammation activation and cell apoptosis, and we are going to analyze the relations between this SNP and lipid metabolism as well as dietary intake. Data mining approaches, like random survival forests and nest recursive analysis are carried out in this phase. Finally, we will manage to do mediation analysis trying to investigate the potential mediator(s) between MTHFD1 and MI risk. After those steps, hopefully we would gain our knowledge in the role of folate metabolism relating to the pathogenesis of cardiovascular disease (Yunpeng Ding). 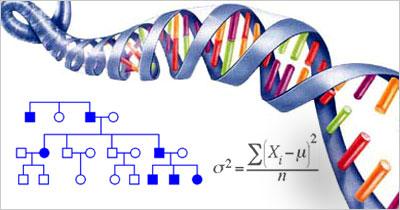