Modeling of heat transfer in porous media in the context of geothermal energy extraction, 2015

This dissertation concerns mathematical modeling related to heat transfer in the subsurface relevant for geothermal energy extraction. Two applications are considered: First, natural convection in a homogeneous porous medium around a borehole is studied. Secondly, pore scale models for non-isothermal reactive transport with changing porosity are formulated and upscaled.

Natural convection is the heat transfer due to currents arising from density differences in the fluid. A vertical borehole heat exchanger not injecting fluid into the subsurface, may encounter convection currents in the surrounding porous medium when the porous medium is saturated with water. These convection currents can affect the heat transfer into the borehole, hence have an influence on the heat production from the borehole. To address this issue, both a theoretical framework and a numerical approach for the natural convection is considered. In the theoretical framework a linear stability analysis is applied to quantify when and how convection currents may occur spontaneously without the presence of a producing borehole heat exchanger. A high-order numerical scheme is implemented to quantify the effect on an operating borehole. The linear stability analysis is performed for an idealized setting with a homogeneous porous medium filling an annular cylinder that is heated from below and cooled from above. The analysis provides criterions for onset of convection and the associated pattern for convection currents in the linearized case. As the onset criterion and the convection pattern that appears depend on the size of the annular cylinder, maps describing the onset criterion and the convection pattern as a function of the inner and outer radius of the annulus are created.

To investigate the non-linear regime of natural convection, pseudospectral methods are applied to discretize the non-linear model equations. Pseudospectral methods are highorder numerical schemes known for their exponential convergence rate. The convergence rate for our model problem is investigated, and the scheme is used to examine the stability of the convection currents found in the linear stability analysis. The linear and non-linear regimes are found to overlap when the convection is weak, while stronger convection introduces non-linear artifacts only visible through the simulations. Further, by applying a more realistic configuration for the geothermal reservoir, pseudospectral methods are used in combination with domain decomposition to estimate the effect from natural convection on an operating borehole. By varying the flow properties and temperature conditions, some cases where the presence of convection would lower the amount of heat that is produced by the borehole are found, while other cases give a positive effect on the heat production.

When geothermal energy is produced through injecting fluid into the subsurface and producing warmer fluid, other challenges arise. The in-situ groundwater and the injected water will typically have different temperature and ion content, hence the injection shifts the geochemical system from its original state of equilibrium. We focus on mineral precipitation and dissolution reactions induced by this shift. As most minerals have temperature-dependent solubilities, chemical reactions may be triggered by both the temperature change as well as the variations in ion content. Due to the rockfluid interactions mineral precipitation and dissolution entail, the porosity and hence the permeability of the porous medium can be changed, which again alters the production conditions for the geothermal reservoir. As the fluid flow, heat transport and reactive transport affect each other and involves processes over several time scales, this problem is highly coupled and challenging to model. This coupling is illustrated and used to motivate the need for pore scale models in order to better understand how the interactions between the physical processes behave at the pore scale. Further, upscaling through homogenization is performed on three different pore scale models, each applying different assumptions on the pore scale geometry or on the underlying physics. The upscaling process isolates the average behavior of the pore scale effects and shows how the processes are coupled at Darcy scale. One of the upscaled models is illustrated by implementing it using a finite volume scheme and is compared with some simpler models to illustrate when the upscaled model should be used and when it can be disregarded for a simpler model not honoring all the pore scale effects. Finite volume methods are conservative schemes, which are applied when consistent formulation of the transportation mechanisms is important. 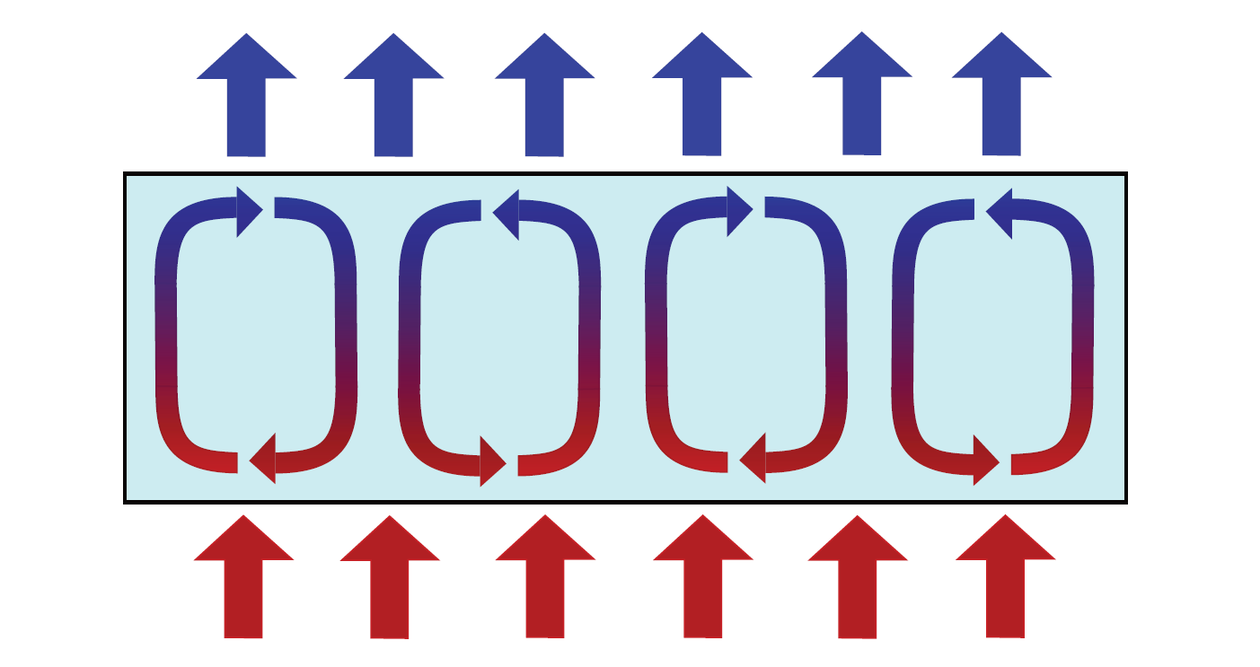