Fracture-induced failure is an important consideration in engineering design, both from a standpoint of structural safety and as an active ingredient in realizing the necessary conditions for operational efficiency of engineered systems, for instance in the case of subsurface applications related to energy production and waste disposal. In recent years, phase-field models derived from the variational theory of fracture have been shown to possess a lot of potential for modeling fracture propagation, particularly in the context of multiphysics applications. In the phase-field approach, fractures are not modeled as discrete surfaces but rather as diffuse entities, resulting in the smoothing out of jump discontinuities associated with sharp cracks according to a length scale parameter. Phase-field models for fracture have found wide application in many areas of research, and are generally seen as useful for providing qualitative insight into complex processes related to fracture. On the other hand, the quantitative value of results obtained with fracture simulations using phase-field approaches has not yet been established due to outstanding questions related to interpretation of the phase-field length scale, along with apparent inaccuracies observed when using standard phase-field models to predict failure loads in benchmark problems with known analytical solutions.

The work done in this dissertation is aimed at improving the quantitative accuracy and efficiency of phase-field models for brittle fracture under quasi-static loading. On the issue of quantitative accuracy, we demonstrate via numerical experiments that a phase-field model utilizing the classical quadratic degradation function fails to reproduce thecorrect failure load for the propagation of cracks that are modeled as existing features in the geometry/discretization, which confirms the conclusions of a prior study. In particular we show that for the case of stable fracture, such inaccuracy cannot be remedied by increasing or decreasing the regularization of cracks. In addition for linear elastic materials, simulations using the standard second order phase-field model are plagued by premature growth of damage that lead to a departure from linearity in the load response curve prior to fracture. Under the hypothesis that said errors arise from a mismatch in the magnitude of bulk and surface energy increments, we introduce a novel parametric family of degradation functions whose shape can be adjusted based on actual material parameters as well as the choice of regularization parameter. The proposed family of degradation functions is able to effectively eliminate premature damage evolution and is also shown to reproduce the correct failure loads for differing values of the regularization parameter, thus yielding a phase-field model that is length scale insensitive.

The above concept of length-scale insensitivity further serves as a motivation for developing a new extension of phase-field brittle fracture in poroelastic materials. Said formulation is obtained by first deriving expressions for damage-dependent poroelastic parameters that are consistent with assumptions regarding regularization of elasticity coefficients pertaining to the porous medium skeleton. The diffuse representation of cracks in the coupled mechanics/fracture equations are combined with discrete representations of the same for purpose of flow calculations in fractures; the latter are then upscaled into the surrounding medium, to allow for use of discretizations in which the size of cell edges are orders of magnitude larger than the computed fracture apertures.

On the other hand, the computational expense associated with fracture phase-field models can be traced to two main challenges. The first has to do with the analytical solution of the standard second order model, which for fully developed cracks features sharp cusps in the phase-field profile. This is very challenging to reproduce with continuous discretization schemes, resulting in the need for aggressive mesh refinement in order to achieve acceptable accuracy. To alleviate this burden, we propose the combination of different numerical formulations for discretizing the nonlinear coupled system of partial differential equations. In particular, we investigate the prospect of a pairing linear finite elements with cell-centered finite volumes, in which the latter is used to discretize the governing equation for phase-field evolution in order to capitalize on the fact that two-point flux approximations implicitly allow for gradient discontinuities within control volumes. We show through numerical simulations of well known benchmark problems that accuracy of a pure linear finite element discretization can be matched by the proposed scheme with the use of relatively coarser meshes, yielding up to 80 percent reduction in run time for 2D problems.

The second issue contributing to the computational cost of phase-field simulations of fracture stems from non-convexity of the regularlized energy functional from which the governing equations of the model are derived. This precludes the use of classical Newton-type algorithms; instead, alternate minimization schemes are often adapted which achieve only linear convergence. On the other hand, run times can be considerably shortened by maximizing use of available computing power. This is becoming more and more relevant given the current manufacturing trend in computer processors that is focused on improving performance by increasing the number of cores available with each processor. To capitalize on this, a new object-oriented framework has been developed as part of this thesis with the goal of enabling the efficient combination of different numerical methods in a single software framework. This allows for tight coupling and the use of monolithic solution schemes where applicable, and eliminates overhead associated with external coupling of separate codes. The source code is written in C++ and makes use of functionality available with C++11 standard. Parallel execution on shared memory architecture is achieved by means of OpenMP directives, and in addition the framework contains wrappers for integrating high performance libraries for dense linear algebra and solution of sparse systems. Its effectiveness and versatility is demonstrated through the simulation of varied problems in solid mechanics, poroelasticity and fracture. These highlight the framework’s ability to handle non-standard degrees of freedom, multi-point constraints and partitioning of the total simulation domain into subdomains governed by different sets of equations. 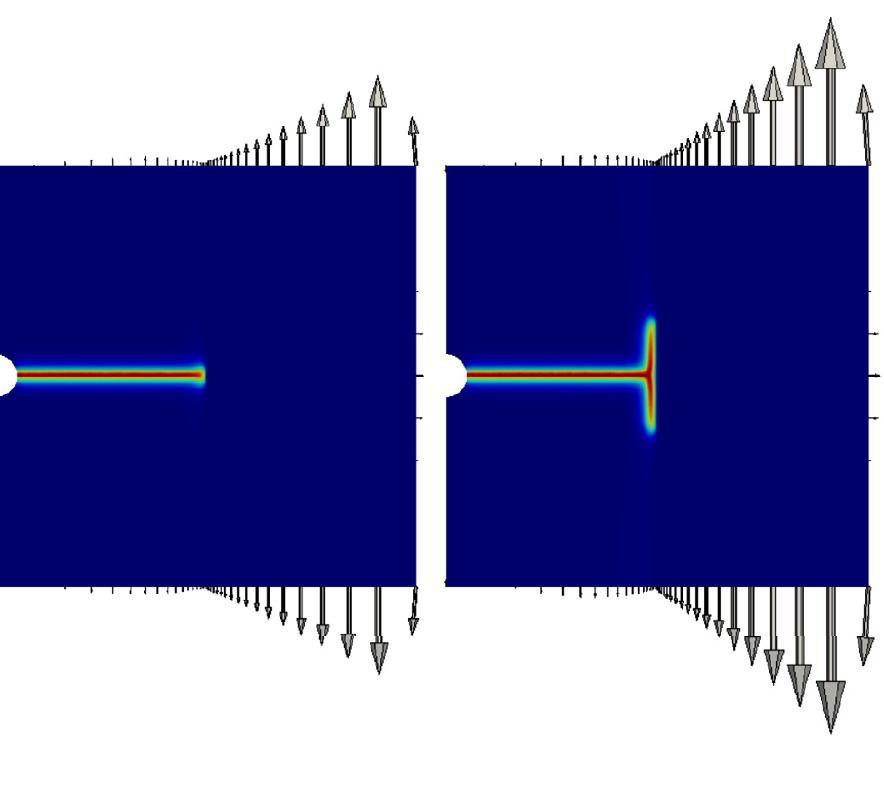