Simulation of injection-induced deformation for a stimulation experiment at the Grimsel underground laboratory, 2020

Numerical models have increasingly become important tools to complement planning, testing, and implementation of technologies and strategies for geothermal reservoir projects in basement and crystalline igneous rock. Access to cost-effective and high-capacity computational resources can give valuable insight into governing mechanisms of stimulation experiments in fractured porous rock, which are often prohibitively expensive or otherwise infeasible to perform repeatedly in-situ in sufficiently comparable initial conditions. These experiments aim to reactivate existing faults or fractures by shear dilation, increasing the fluid circulation. Shear dilation refers to the process of volumetric expansion of a fracture as its rough surfaces try to dislocate relative to each other as shear stresses act on the fracture. The reactivation process is characterized by coupled interactions between high-pressure injection and flow through the fracture network, and rock deformation due to hydromechanical stress transfer. Uncovering these connections can be challenging, even for mesoscale subsurface experiments with access to the rock volume through tunnels and boreholes. Physics-based modeling constrained by in-situ data has the potential to complement the analysis of experimental results. This thesis investigates modeling of a mesoscale hydraulic shearing experiment at the Grimsel Test Site, Switzerland. The stimulation experiment targets one of five intersecting ductile or brittle-ductile shear zones in a low-permeable crystalline rock with a high-pressure injection scheme. We present the first simulations, constrained by in-situ data, that fully couple isothermal fluid flow and poroelastic rock deformation in the crystalline rock, with flow, deformation, and slip-induced dilation in the shear zones. A mixed-dimensional discrete fracture matrix model explicitly represents shear zones and shear zone intersections as lower-dimensional subdomains in the intact rock. Frictional contact mechanics is a non-linear process that governs slip on the shear zone surfaces. This results in a non-linear system of equations that cannot be solved with traditional Newton methods. Instead, a semi-smooth Newton method is applied to iteratively converge towards a solution. The simulations captured transmissivity enhancement within one order of magnitude of observations. Additionally, slip-induced poroelastic effects were revealed. We also investigated the effects of intact rock permeability and shear zone size. A higher intact rock permeability led to greater leakage from the target shear zone into the intact rock compared to the case with a lower intact rock permeability, reducing the extent of the pressure front within the shear zone. In simulations with larger shear zones, there was a faster pressure decline in the target shear zone after shut-in due to more volume for fluid storage and a larger area for leakage into the intact rock, while smaller shear zones preserved a higher pressure for considerably longer time. The results show the applicability of numerical models to complement in-situ stimulation experiments. Finally, we comment on extensions related to two-phase flow, gravitational effects, and anisotropic elastic parameters. 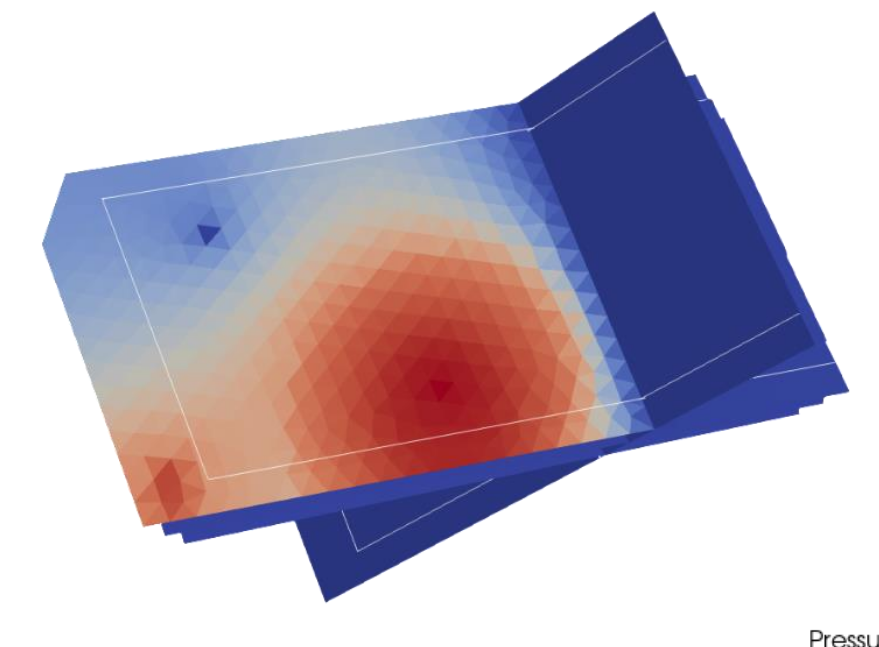