One of the most viable options to reduce CO2 emissions is to store it in geological formations, in particular in saline aquifers. Four physical mechanisms help trapping the carbon in the formation: the CO2 plume accumulates under a low-permeability caprock; CO2 is trapped as disconnected drops in small pores; buoyancy is lost when CO2 dissolves into the water; and on longer time-scales chemical reactions incorporate the carbon in minerals.We investigate the influence of convective mixing on dissolution trapping in geological storage of CO2. We show with numerical simulations that dissolution trapping must in general be acknowledged when questions about the final migration distance and time of the CO2 plume are to be answered. The saturations in the plume correspond well to transition zones consistent with capillary equilibrium. The results also show that the capillary transition zone, in which both the supercritical CO2 plume and the water phase exist and are mobile, participates in the convective mixing. 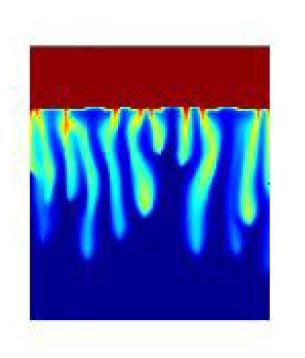