The “Fossil-free” Welfare state and the Transformation of Democracy

The question of a “fossil-free welfare state”, claimed by the Swedish government as a new public policy objective in line with the decarbonization objectives of society of the Paris Agreement, offers a sharp and meaningful angle to understand (and hopefully, act upon) the multifaceted social aspects of the ecological transition. But this noble and ambitious policy objective requires, first and foremost, that we pay due attention to the historical entanglement of democracy and welfare-state, which had profound political consequences, and social meaning, and still explain, to date, the stubborn dilemmas of green policy in Western, industrialized democracies.

By focusing on the social meanings and contexts of what exactly is to be de-carbonized, we hope to offer a more actionable /relatable perspective, and a better democratic plot for action in favor of the ecological transition than the, sometimes towering, injunctions of sustainability studies to address the numerous, multifaceted challenges of the transition. They sometimes sound like Lampedusa’s famous -and disheartening- dictum: “Everything must change so that everything can stay the same”, describing the decadence and inertia power of Sicilian aristocracy in The Leopard.

Contrary to a whole range of “post-political” climate action projects, the perspective offered here brings politics back-in, and more specifically, draws attention to various forms of “carbo-populism” present across the spectrum, in Western, industrialized democracies. While they certainly are unpalatable and dangerous for the planet, their specific handling needs more subtlety than the liberal anathema against “populism”, which has become fashionable of late. Subtlety precisely requires meanings and contexts, sociological analysis of actors’ representation and political imaginaries, which, it is argued, are better addressed though democratic governance than any other, despite renewed temptations of green authoritarianism. Admittedly, the normative assumption that climate IS compatible with democracy requires a few adjustments in democratic governance, which theorists of green democracy are happy to discuss.

This conversation is of particular importance and consequence for progressives, who are still caught in the carbonic predicaments of social democracy, lacking the intellectual tools of their political transition, and, while praising social progress, appear either as futile idealists or conservatives captive of an old and deadly world-order.

Muriel Rouyer is Professor of Political Science. After 10 years spent in the US teaching at Harvard Kennedy School of Government on Europe and Green Politics and Public Policy, she is back at the Law Faculty in Nantes University, where she is affiliated at the CNRS research unit UMR 6297 Droit et Changement Social. Political theorist by training, she has also become a public policy analyst by practice and is interested in the transformations of democracy in post-war Europe, European democracy and cosmopolitanism, transnational mobilizations, and, more recently, the greening and internationalization of democracy. 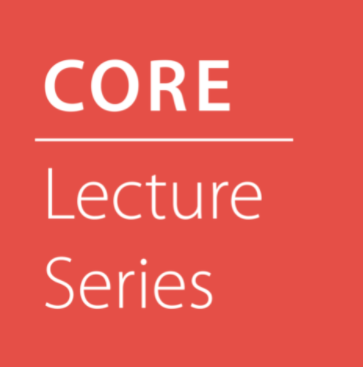