In April 2019 the Iziko South African Museum in Cape Town launched the exhibition "Origins of Early Sapiens Behaviour – Mother Africa Welcome Home". The exhibition contains a collection from nearly 30 years of archaeological research in the southern Cape. The exhibition will be on display at the University Museum of Bergen in 2021.

COMING SOON TO BERGEN: In 2021 the exhibition "Origins of Early Sapiens Behaviour – Mother Africa Welcome Home" will be on display at the University Museum of Bergen.
Photo:
Craig Foster

The exhibition features the unique archaeological discoveries their scientists have made at three of their core archaeological sites, Blombos Cave, Klipdrift Shelter and Klasies River main site situated on the southern Cape coast, South Africa.

We are all one

Occupied by early Homo sapiens, the deposits at these sites date from 120 000 – 50 000 years ago – a key period in the evolution of modern human behaviour. Hence the title of the exhibition "Origins of Early Sapiens Behaviour" with the subtitle "Mother Africa – Welcome Home".

In 2018 the Origins of Early Sapiens Behaviour exhibition opened at the Spier Wine Farm in Stellenbosch, near Cape Town. Curated by Craig Foster and Petro Keene it is a multimedia compilation of presentations and excavated artefacts. It is designed to explore key aspects of archaeological research, linked to the SapienCE/Wits research programme that focuses on early human origins and innovations in southern Africa.

Sixteen display panels including six videos by the filmmaker Craig Foster illustrates the rich archaeological record of these sites. The "We are all One" message features strongly pointing to the evidence that all Homo sapiens, people like us, have their origins in Africa and promotes an understanding of our common ancestry. Current genetic evidence and a "people's history" is richly portrayed to educate visitors of all ages about their own past and to encourage a sense of pride in us knowing that we all come from Africa. The daily life of these early Homo sapiens is captured on film, and the artefacts they made and used have been finely replicated and displayed to highlight the fascinating discoveries from these archaeological sites.

The videos illustrate the remarkable scientific work of the SapienCE/Wits archaeologists and recreate scenes of the daily activities of our early human ancestors on this southern African coastline. The Origins of Early Sapiens Behaviour exhibition is a showcase of 30 years of archaeological research in the southern Cape, undertaken by Professor Christopher Henshilwood, Dr Karen van Niekerk, Professor Sarah Wurz and their research teams at Blombos Cave, Klipdrift Shelter and Klasies River main site.

Of the many exciting finds displayed perhaps one of the highlights is the ochre-processing toolkit excavated from the 100 000 years old levels at Blombos Cave. This remarkable discovery, found almost perfectly intact, provides the earliest evidence for the manufacture of a red ochre-rich paint that was mixed and stored in the first known containers, abalone shells. The mixture contains ground red ochre, seal fat and ground bone, charcoal and a liquid. It is the same recipe used in ancient Egypt 2000 years ago.

The people living in Blombos Cave made beads out of tiny estuarine shells and strung them in various ways to be worn perhaps as necklaces or pendants. They also engraved abstract designs on more than fourteen pieces of ochre, some 100 000 years old, and made the earliest known drawing that dates to 73 000 years - an abstract design made with an ochre pencil on a stone flake. These engravings and the drawing are regarded as the first evidence for art. Aesthetically beautiful, bifacially worked stone spearheads, made from specially heated stone and then pressure flaked using a technique thought to have evolved in Europe 20 000 years ago, add to the repertoire of technologically and symbolically advanced material culture that these early humans produced.

The exhibition also showcases finds from Klipdrift Shelter at dated at around 66 000 – 59 000 including engraved eggshell fragments and engraved ostrich egg water flasks as well as replicas of finely crafted stone tools. Small flakes, essentially tiny pieces of stone, were shaped to form crescents, or half-moons and these were attached to wooden shafts with glue made from plant resins and ochre to make arrows. The wood shafts of the arrows and the bows have not preserved, but the wear patterns on the stone flakes tell us the whole story. This southern African evidence, that is also found at Klasies River, is the oldest for bows and arrows anywhere and ranges from 70 – 55 000 years. From 17th of April 2019, visitors can experience an expanded and updated version of the exhibition, that now includes finds from the Klasies River site, at the Iziko South African Museum in Cape Town titled Early Sapiens Behaviour (Mother Africa – Welcome Home). 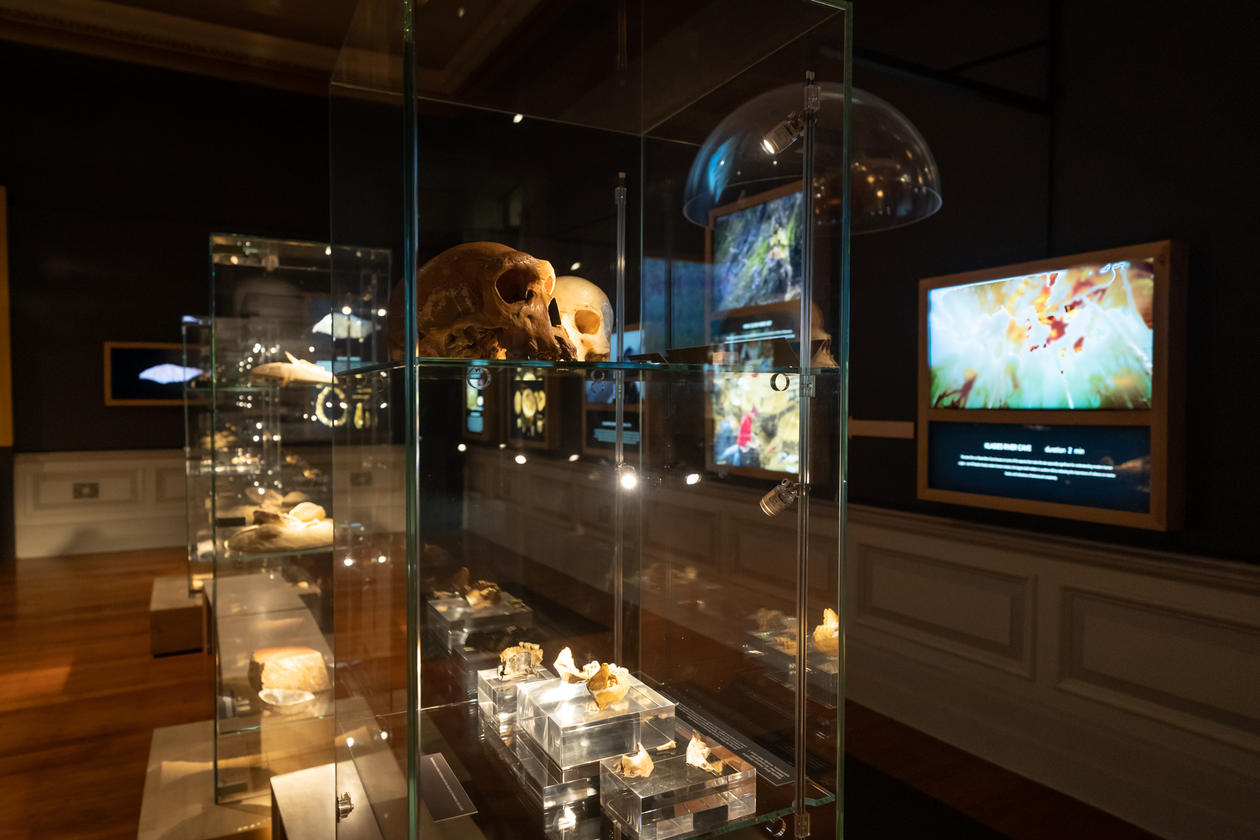 30 YEARS OF RESEARCH: The Origins of Early Sapiens Behaviour exhibition is a showcase of 30 years of archaeological research in the southern Cape.
Photo:
Craig Foster 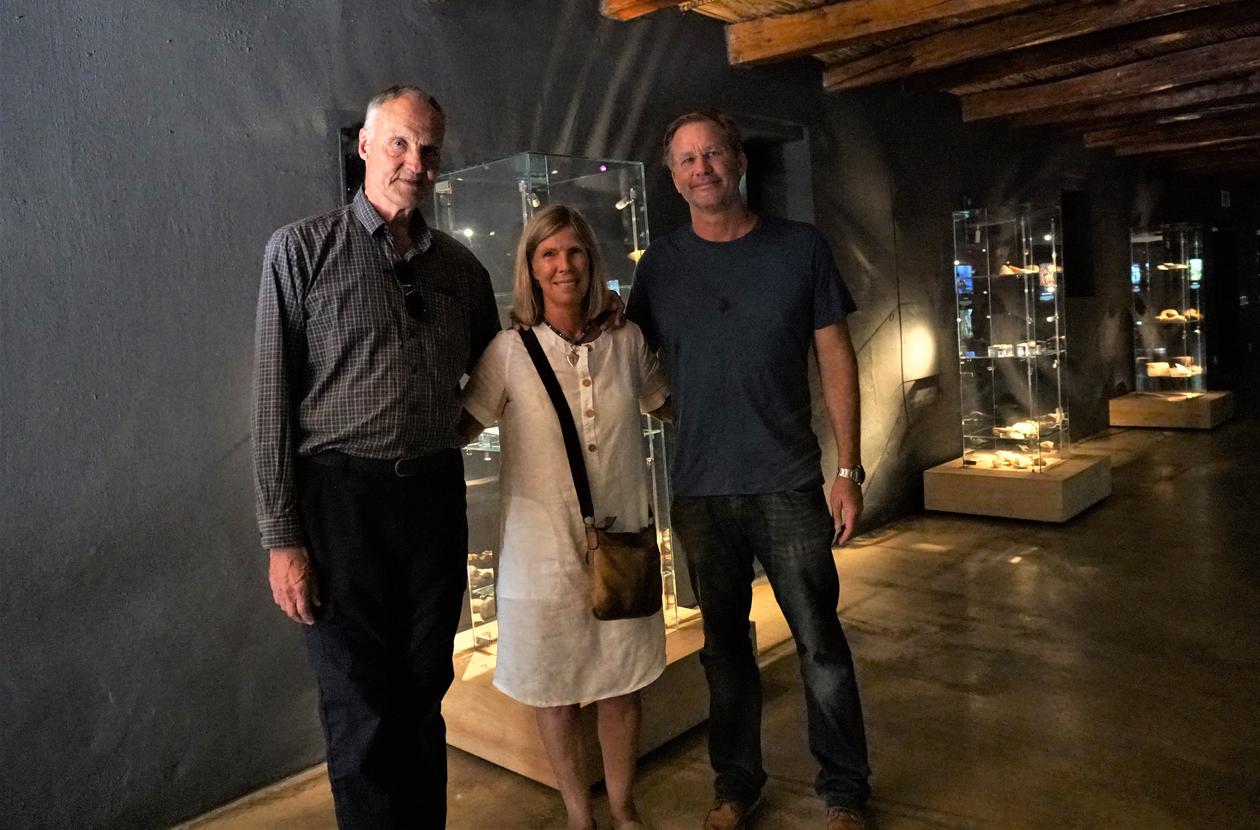 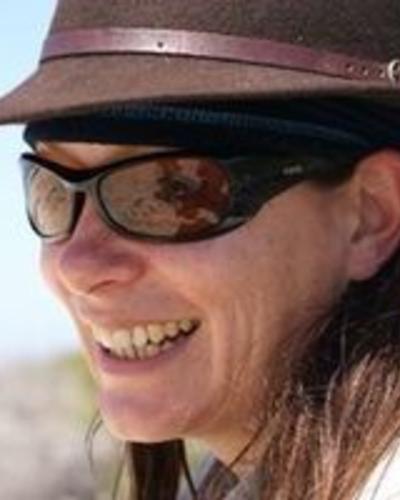 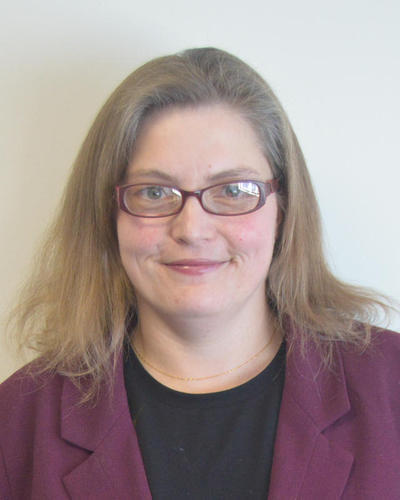 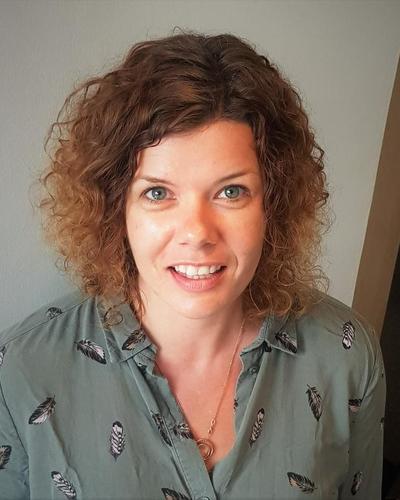 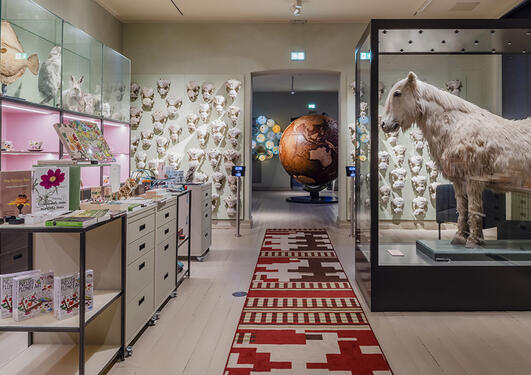