Comb jellies (ctenophores), one of the earliest-branching animal lineages, provide new insights into the evolutionary history of synapses and neurons. Ctenophores are fascinating marine organisms famous for locomotion by cilia and for their apparently simple nerve net. However, the molecular composition of ctenophore neurons was unknown, and it has been hypothesized that ctenophore neurons evolved independently.

Congratulations with your group’s latest publication, Maria Sachkova, about being the first author and to get the cover image!

Many thanks! I am really happy that this work has been published! And it’s the first time for me that a paper attracts so much attention – we got the cover, and it was featured by a very nice dispatch by Elizabeth Williams and Gáspár Jékely.

-How has this last week been for you?

It has been nice – the Christmas vibes are around! As the paper is published now, I started digging into an exciting new topic. So, for now I am at the home office doing some bioinformatics.

-What is your scientific background, and what attracted you to the Sars Centre?

After that I moved to Israel to join Yehu Moran’s lab to study the evolution of sea anemone venoms. This project resulted into the exciting finding that some sea anemone peptide toxins evolved from neuropeptides. Because of this, I became interested in the evolution of neuropeptides and nervous system, and once I saw a position to study the origin of nervous system in the enigmatic comb jellies in Pawel Burkhardt’s lab in Sars, I decided to apply. Luckily, my application was successful.

I am really curious how neuropeptides and their receptors first evolved in animals. In the long term I plan to focus on characterising the activity of neuropeptides in comb jellies and sea anemones. This eventually will let me figure out the key principles of neuropeptide signalling in the last common ancestor of animals. So, my current work is the basis for my future plans.

First, we managed to reveal the neuropeptide repertoire of comb jellies, and it turned out that it is very different from other animals.

-In what ways does this new article bring significant new knowledge? And - what should be done after it?

In evolution, comb jellies were probably the first to separate from the rest of the animals therefore they have many unique features. But the molecular traits that are shared between comb jellies and other animals were probably present in the last common ancestor of animals. That’s why we study the molecular machinery of comb jelly neurons, and our paper is important for understanding the origin of nervous system.

We found several really interesting things. First, we managed to reveal the neuropeptide repertoire of comb jellies, and it turned out that it is very different from other animals. Using a behavioural set up in Marios Chatzigeorgiou’s lab, we showed that some of the neuropeptides affect swimming speed of the comb jellies.

Then we used these neuropeptides as specific molecular markers to identify neurons in the published single cell transcriptome of a comb jelly. Because of that, we now know what genes are expressed in the comb jelly neurons! Using 3D reconstruction of electron microscopy data by Maike Kittelman (Oxford Brookes University), we also discovered that neurites of the same neuron not only branch but also merge between each other! This was really surprising!

I really like nature, so I go hiking quite often – and Bergen is a perfect place for that!

Ultrastructure of the ctenophore nerve net 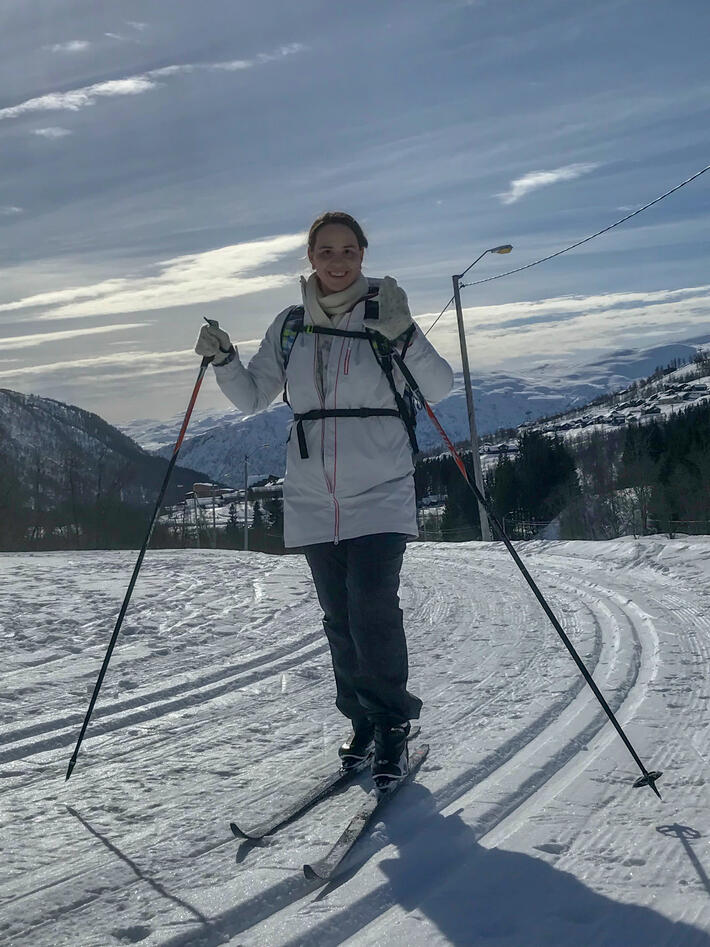 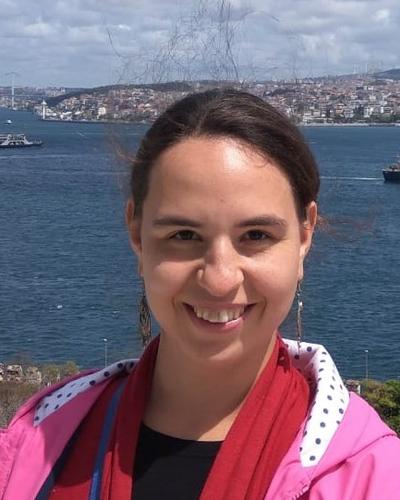 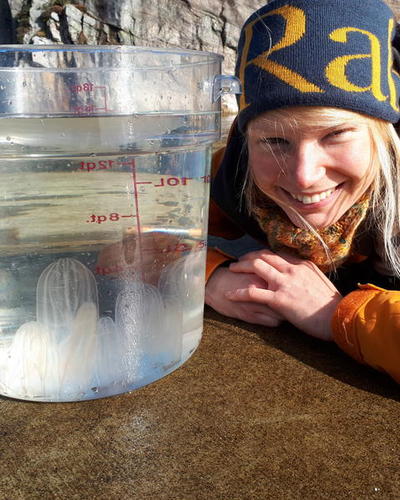