The paper from the Lynagh Group was highlighted as one of the journal’s Editors' Picks, which represent the top-rated papers published in JBC across the field of biological chemistry, and was selected for its ‘exceptional contribution to the field.’

The new study from the Sars Centre reveals the evolution and function of neuropeptide receptors that mediate excitatory signaling in marine invertebrates. What previously appeared to be different receptors in worms and mollusks are now unified into a common family, in which the worm cousins duplicated, giving rise to diverse receptors activated by longer neuropeptides.

Neuropeptides are small proteins that nerve cells secrete to modulate behaviour. Ph.D. student Mowgli Dandamudi, who led the study, has been using phylogenetics, molecular biology, and electrophysiology to study neuropeptide receptors from the invertebrate nervous systems to develop potential neuropharmacological knowledge. This study describes surprising diversity of neuropeptide receptors from various mollusks and annelid worms and establishes the molecular basis for this function, offering both pharmacological insights and identifying the gene duplications that led to novel neuronal functions.

It has long been known that the neuropeptide FMRFamide activates receptor-channels and causes cardio- and neuro-excitation in snails. Mowgli now finds that similar excitatory receptors for FMRFamide occur in various marine invertebrates, but in worms these receptors have also evolved sensitivity to numerous other neuropeptides. Moreover, by comparing diverse receptors in a combined phylogenetic and experimental investigation, he uncovers a pocket in the receptor that determines neuropeptide sensitivity and allows us to now predict function from reading the genetic code of these genes.

First Author Mowgli Dandamudi offers us insight into the paper:

-What was your reaction when you heard that the editor of JBC had selected your paper for “editors' pick?”

Even though I didn’t know the true value of being an Editors' Pick initially, I just felt elated that someone other than us felt that my work was worth a special look. I was always proud of my work but seeing someone else, an editor of a reputed journal no less, pick my paper as something to look out for was very rewarding.

-Why would you say this new paper is important in your current research field and what should be done after it?

This paper discusses new insights into the biophysics of a channel (FaNaC) on which there haven’t been many major investigations in recent years. Also, in our study of this channel, we discovered that the FaNaC family is much broader than it was previously thought to be. Hopefully, this paper will jolt the interest in this very interesting family of ion channels again and many other novel insights will follow. I want to see how diverse the Deg/ENaC superfamily of ion channels is and how FaNaCs fit in there with the other members.

-What was the most exciting part of your findings?

I was very excited when we found that there are certain amino acid residues in Aplysia kurodai FaNaC that determine FMRFa sensitivity and most of them seem to line a pocket in the extracellular domain suggesting a putative ligand-binding domain. In fact, some of these determinants were even conserved in channels found in annelid worms which are activated by different, longer peptides (Wamides). I was ecstatic when I put these findings together.

My main interests lie in the study of neuroscience, particularly, studying animal behavior intrigues me. In my master's I learned how pharmacological tools, like ion channels, are used to investigate animal behaviors and to study neurological diseases in animal models. When I got the opportunity to work on studying ion channels and developing such tools, I leapt at the opportunity, and, well, here I am.

-Can you tell us about your educational and scientific background and what are your personal wishes for the future?

I come from a city in India called Hyderabad. I did my bachelor's in Bio-technology there and I decided to do my higher studies in Europe. I moved to Ulm, Germany to do my master’s in Ulm University in Molecular and Translational Neuroscience. There I did my master thesis studying the effects of chronic psychosocial stress in mice and how this is affected by the gut microbiota. This was quite a bit different from what work was being done at Sars generally but when I saw what Tim, my boss, was working on and how that was pretty relevant to my interests and also, more importantly, quite interesting, I came here. I am glad I got the opportunity to learn and contribute to what we do in our lab. The only wish I have for the future is that whatever work I do is as interesting as what I’m doing now. 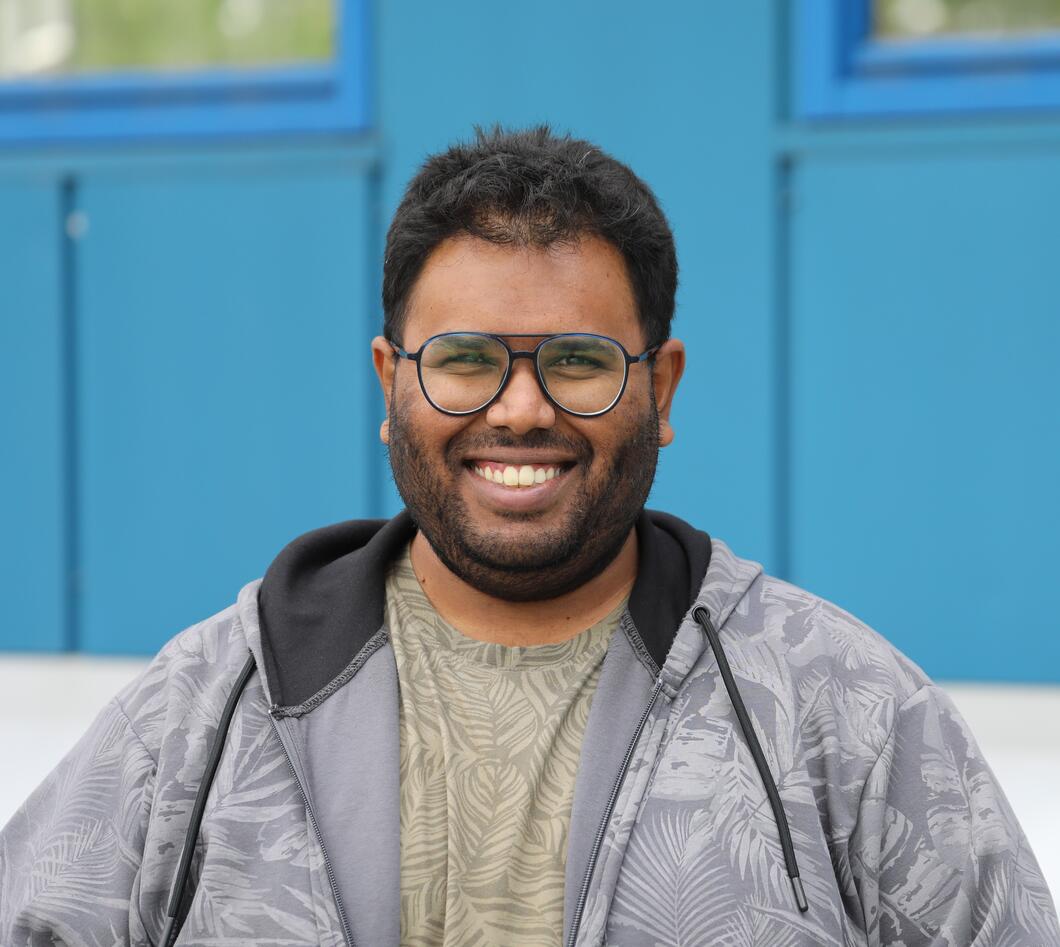