Towards a new larvacean model system

Most of what is known of larvacean biology today comes from the study of a single species - Oikopleura dioica. A new report from Daniel Chourrout’s group introduces the very first long-term culture of the larvacean Fritillaria borealis, finding major differences to well-studied Oikopleura.

Larvaceans, also known as appendicularians, are fascinating zooplanktonic organisms. First described at the end of the 19th century, they are well-known among zoologists for their ability to secrete a filter-feeding apparatus commonly referred to as a “house”. The house surrounds the animal and has a surprisingly elaborate architecture, including multiple chambers with specific roles such as capturing algae, channeling food particles towards the mouth of the animal or controlling water flow. Houses are regularly discarded and built anew when they become clogged, trapping organic matter as they sink in the water column. Because larvaceans reproduce quickly and form large numbers, discarded houses make a significant contribution to the carbon transfer from the ocean’s surface to the seafloor.

In addition to their unusual anatomy, larvaceans present substantial genetic peculiarities and the study of a single species is insufficient to reveal how their unique characteristics have emerged during evolution. In a new article published in Frontiers in Zoology, authors Simon Henriet and Anne Aasjord addressed this issue by describing for the first time the lifecycle of Fritillaria borealis in the laboratory. Interestingly, house-producing organs in Fritillaria turned out to be very different from Oikopleura’s, implying a strong divergence between the species. “I spent a lot of time looking at Fritillaria larvae under the microscope, this was the most exciting part of the project!” explains first author Simon Henriet. “After many years working with Oikopleura dioica, discovering all the differences in this new species was simply amazing.”

“After many years working with Oikopleura dioica, discovering all the differences in this new species was simply amazing.”

Conducting detailed studies on Fritillaria involves processing a large number of the fragile, short-lived animals, making it essential to have them readily available at the institute. Anne Aasjord, who has been developing and maintaining larvacean cultures at the Sars Centre for eleven years, was instrumental in closing the life cycle in the laboratory. “I really enjoy the challenge of establishing a culture of a new species, of finding which conditions will allow the animals to thrive”, she says. “I have tried keeping Fritillaria over several years before finally succeeding. This is the first established culture in the world!”.

The team showed that differences in house-producing organs are linked to specific developmental processes in the Fritillaria larva. This finding was unexpected as the two species are very closely related and occupy the same ecological niche at the surface of the oceans. “We already know which genes are responsible for producing the house in Oikopleura, and it would be interesting to compare with those of Fritillaria” suggests Simon. “On the other hand, there is still much to be learned by simply observing how different organs are established in Fritillaria and this is what we should focus on in the short term”.

In the future, Anne hopes to further diversify the species kept in the larvacean facility. For members of the Chourrout group and the rest of the scientific community, new cultured species are new opportunities to elucidate the evolution of vertebrate’s home-bearing relatives. 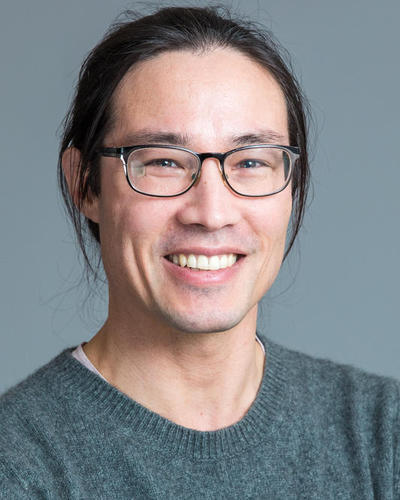