The Australian Tim Lynagh arrived in snowy Bergen mid January. How did he end up here?

-When did you decide that biology would be your path in life? -Did any person or event influence your choice?

Probably one Thursday morning at 8 am in 2001, sitting in a physics lecture wondering what the hell was going on. I arrived at university interested in both physics and the brain... I soon chose to study the latter!

So I suppose you could say that those physics lecturers played a big part in my decision to study neuroscience. But my honours supervisor, Lesley Bryan-Lluka, and my PhD supervisor Joe Lynch, in very different ways showed me the kind of thinking that gets research done. As for the subjective stuff, my experience is that it has to come from within.

-Tell about your career so far.

I did all of my studies in the one place in Australia and was keen to make a big move for my postdoc work. It took me a while to realise that hard work was not enough, you need ambition or creativity. So I had some lowpoints to go with the highs. The good thing is that resources are unlimited in terms of creativity, and I think my career has improved when I've tapped more into that. (The necessary tedium of labwork etc goes without saying!)

-What would you like to achieve during your stay at the Sars Centre? -And later on, when you will have succeeded?

-What is your main interest in science? -And outside science?

It fascinates me that human experience derives from electrical current across the cell membrane. The tiniest amino acid difference in membrane proteins, say, can change this and thus throw the nervous system completely off-kilter, in either physiological or evolutionary terms. I'm lucky to be studying the biophysical basis underlying this.

I think that actually fascinates me outside of science too - everyone questions their own health, perception, consciousness at some stage! But if I had to name a particular love, it's probably music. The good stuff, like Kate Bush, David Bowie, Radiohead. 😃

-Name one attraction in Bergen that you wish to explore in the future.

Whatever's over those mountains that I keep seeing from my window!

-What do you have for breakfast on Sundays?

Same as everyday - beans on toast! But maybe with a few extra luxuries, like basil, tomato, mushrooms.

-What is your favorite animal?

I think parrots are pretty cool - they always seem to be smiling, especially corellas and cockatoos.

More about the Lynagh group 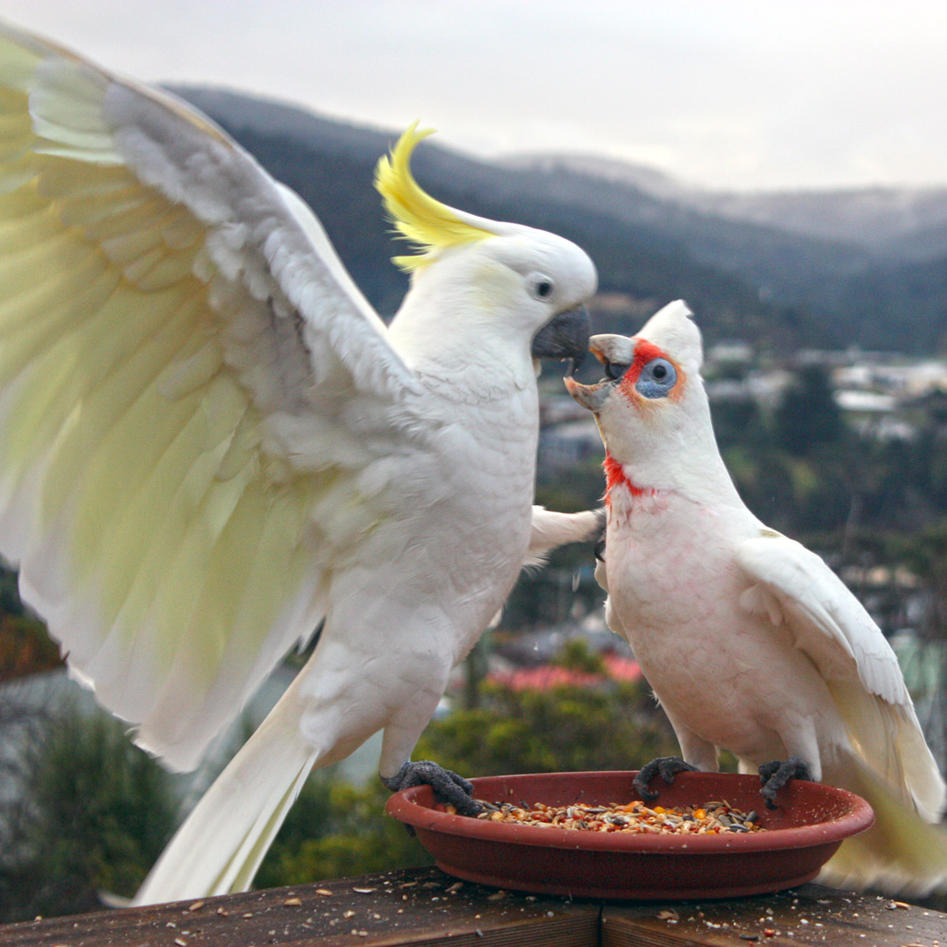