The tunicate larvacean Oikopleura dioica, a flagship of Sars Centre science, is well known for having a remarkably small and compact genome. However, sequencing of related species has revealed immense variations in genome size among larvaceans, up to 12X. Research at the Sars Centre and at the Institut de Genomique Fonctionnelle de Lyon, published in Current Biology (Naville, Henriet et al.), now shows what the driver of this variation is.

The new work shows, that in contrast to all other known cases, genome expansions in larvaceans are due to the mobilization of so-called SINEs, small non-autonomous retrotransposons that were intensely mobilized by a few autonomous elements. Incidentally, genome size in larvaceans appears well correlated with the species body size, an inspiring observation for those interested in the C-value paradox. For further information see also accompanying dispatch written by Alexander Suh (bottom of page).

Interview with Simon Henriet, one of the two first authors.

- Was the finding of this new paper a surprise for you and colleagues?

Yes and no. We knew that transposons play an important role in expanding genome size. By measuring their amount in the genomes of seven species of larvaceans, we could confirm that transposons are the main cause of genome growth. Transposons are fairly diverse, with some carrying several genes and other carrying none. One may expect large elements to contribute the most to the increase of genome size, but this was surprisingly not the case in our study. We indeed observed that small transposons, which consist only in non-coding sequences, are actually the ones that contributed the most to expand the genomes. This raises interesting hypotheses about which kind of sequences are preferentially retained in genomes.

- What is interesting about transposons in species like Oikopleura?

From what we know about the genetics of this species, sequences like transposons should not stay for a very long time in its genome. But some have actually been present for a while, and seem to fare well. We do not know if their presence reflects an unknown useful role their host, or if other mechanisms help them to be maintained in the genome. Interestingly, larger larvacean genomes are not much more welcoming to transposons, except for the small ones.

- Can you tell us about your educational and scientific background and what made you work at the Sars Centre?

I got my Master at the University of Strasbourg, with a specialization in cellular and molecular biology. During my PhD I studied a very interesting topic, how molecular events taking place during the assembly of retroviruses determine the success of viral infection. After my thesis I wanted to continue to work on host-virus interactions, but also to explore the evolutionary mechanisms behind. The laboratory of Daniel Chourrout at the Sars Centre appeared ideal for explore genome evolution and to learn about transposons, which can be considered as some kind of tamed viruses.

- Is your primary interest in marine life, evolution or in molecular mechanisms?

My main interest is in molecular mechanisms, and I am sure there are plenty to discover by studying marine life!

- Where do you come from and what are your personal wishes for the future?

I am coming from New-Caledonia, a culturally diverse place with a fascinating life under the sea and on land as well. A bit like the Sars Centre, I guess! In the future, I'd like to continue to study the role played by transposons in evolution and during development. I hope to be able one day to explore these questions with my own team. 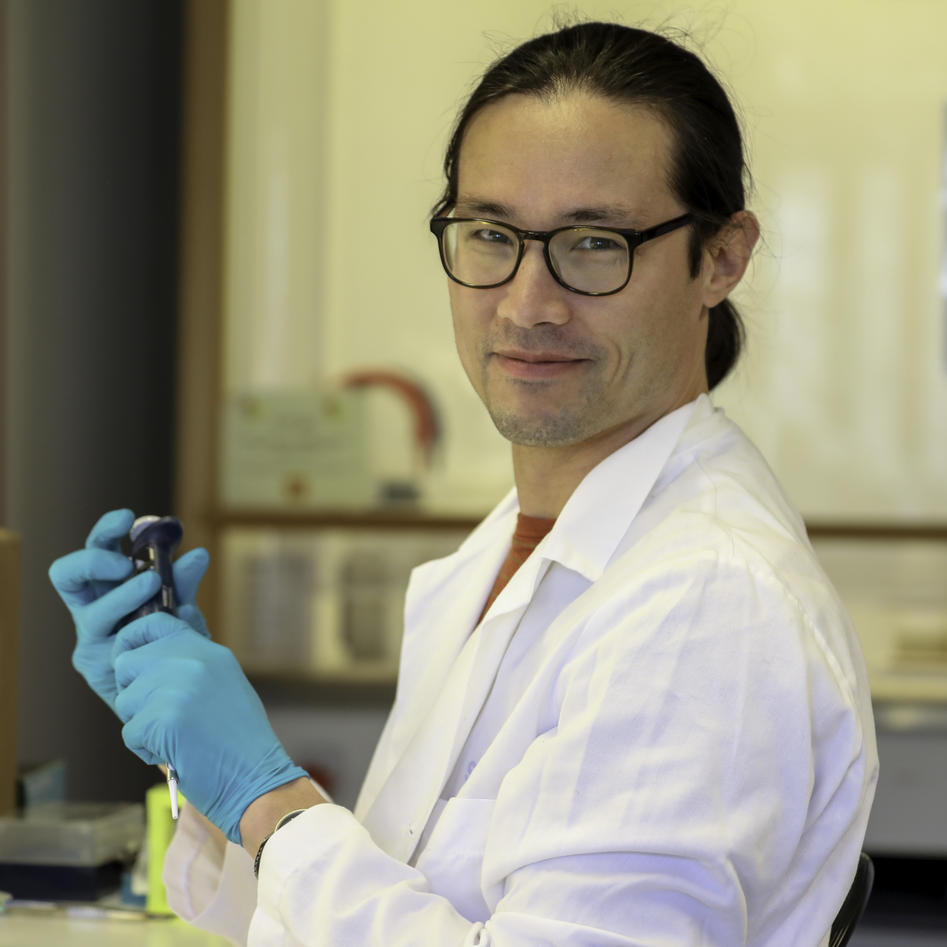 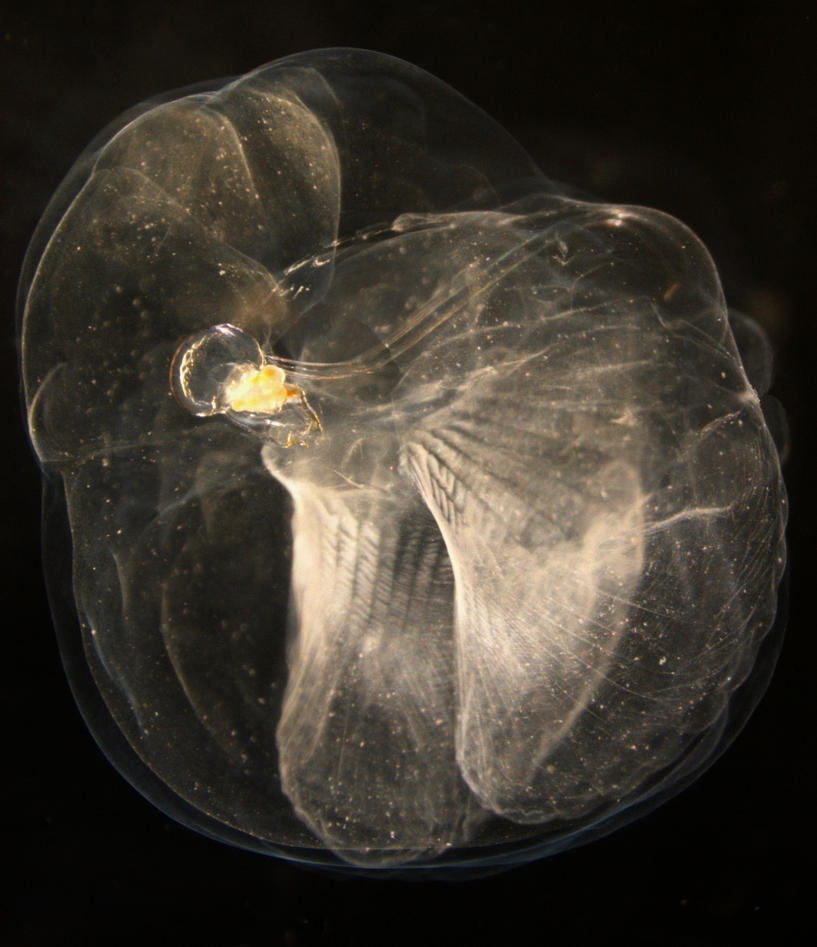 Oikopleura has the typical chordate body plan, but is diverging from the vertebrates in many ways.
Photo:
Sars International Centre for Marine Molecular Biology
Relevant documents